I love working at Funny Or Die. 99% of the time it ‘s great. But, with 2016 close to being over, let ‘s take a look at the Top 10 Facebook Comments That Hurt My Feelings This Year:

This one came from Daniel G. And, even though he spelled ‘loser” wrong, it still hurt my feelings. Cause I knew what he meant. He meant loser!

I ‘m not above criticism (none of us are), but this just wasn ‘t constructive. I ‘m a ‘losser”! Now what?! It made me feel shitty and without a way to fix myself.

This one from Tommy M. III was really mean and also maybe branded content? Like this post was half to tell me how unfunny I am, and half to plug Amazon?? He calls me fucking dumb, which is fair enough, but then finishes with how Amazon Prime doesn ‘t make you pay shipping or handling? Maybe Tommy M. I or Tommy M. II work there? I don ‘t know. This was confusing as it was hurtful.

Earlier this year, I filmed a video at the Museum of Sex with one of their incredibly smart and cool museum curators. And yes she was also beautiful but it was shitty of Mohamed A. to single her out while saying NOTHING about wanting to fuck me. There were clearly two of us there!

Also, side note, Mohamed ‘ Saying ‘If I was there, I would fuck that woman!”is pretty pompous. She ‘s gorgeous and, after looking at your page, I can see you ‘re like a 3, at best. The decision of whether you fuck or not wouldn ‘t be yours. It ‘s INSANE that you think it would be.

Look at how long this comment is. And then read the first sentence. ‘Didn ‘t even bother reading your garbage article.” JACOB S. IS SUCH A JERK HE JUSTASSUMED MY ARTICLE WAS GARBAGE!! I mean if you ‘re gonna imply I wrote this in my mother ‘s basement that ‘s fine but at least give it a read first!

This one was mean and it hurt my feelings.

Oh God, it ‘s ANOTHER Carl from The Walking Dead one. Why don ‘t all you Carl apologists just kiss already?!?

Plus ANOTHER suggestion that I live in my Mom ‘s basement! I DON ‘T! I have an apartment in Brooklyn and articles like this Carl one pay my rent.

Also, Albert, if you ‘re trying to reach AMC, the comments section on Facebook probably isn ‘t the best way. But you still managed to be mean so good job.

But Kelly S.told me I was full of hate and can ‘t understand ‘The Christmas Spirit”. Kelly, you went out of your way to make me sad at Christmas but I ‘M THE ONE who doesn ‘t get Christmas spirit?!

My therapist said you ‘re a toxic person and, honestly, I agree with her.

Yeah well if wishes and buts where clusters of nuts ‘

James suggested that I should ‘find other work like being a box”??? At first I just laughed cause like, ‘What does that even mean??” but then as the day when on I couldn ‘t stop thinking about it. No comment has stayed with me longer than this guy telling me I should be a professional box.

(Also Patrick W., I don ‘t know if you ‘re commenting that me or James is trying to crush some pussy but I included your reply in the screenshot cause it ‘s fun.)

This is the only one I ‘ve ever felt compelled to reply to.

And finally, Mike straight up wants me to die. When he told me, four people clicked Like.

So, yeah, there you have it. Most people on the internet are nice but some are mean as hell! 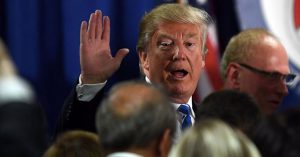 In today’s climate it is hard to tell who is talking. Sometimes it could be the President of the United States or it could be Shrek from the Shrek movies. You just never know! This oughta set the record straight. 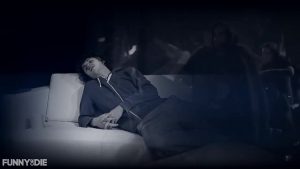 What happens when you try to watch four seasons of game of thrones in one day. 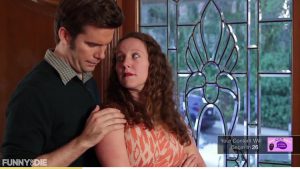 We luv our catz!!! Thanks to our sponsor Provactin! More sketches and comedy songs at lostmoonradio.com. 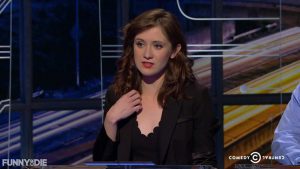 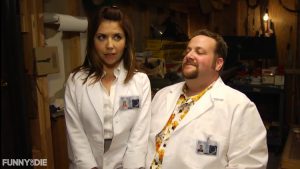