With the release of Star Wars: The Force Awakens, speculation can finally end. But now that the film is finally here, the questions can begin. (SPOILERS AHEAD)

At one point, Han tells Finn ‘That ‘s not how the force works.” So, how does the force work then?
Through the miraculous power of prayer.

Will Finn keep wearing that jacket?
After the pilot tells Finn he can keep the jacket, we now assume this will be his new look. However, in Finn ‘s lightsaber battle with Kylo Ren, Finn takes a mean saber swipe to the back. This tears the jacket. So is that it for the jacket? Did the Resistance hold on to it? Is it repairable?

Hopefully whoever put him in recovery pajamas didn ‘t toss it right into the garbage after stripping him naked to fix him up. If this is anything like when I went to the hospital after nearly cutting off a toe, they let me throw away the cut-up bloody sock rags myself, so maybe Finn will get a sack with the torn jacket in it at one point and then will take it to a dry cleaner alien who can fix it for five credits or portions or whatever the hell the currency is over there.

Why won ‘t Luke take the lightsaber?
At the end of the film, Luke stares at Rey as she holds the lightsaber for what seems like twenty minutes. Luke doesn ‘t touch it because he ‘s wondering what the hell happened to his hand that was holding that lightsaber when he last saw it. Where ‘s that fucking hand? She brought the lightsaber but what, tossed that hand in the trash? Doesn ‘t she see the freak robot hand he ‘s got to deal with now? Is she rubbing that saber in his face right now? What ‘s she trying to say, ‘Look how I can hold this lightsaber with this real hand – you can ‘t do that, can you?

How come Chewie isn ‘t just a big fluff of gray and white hair?
Since before Episode IV, Chewbacca has always colored his hair at a popular Kashyyk salon called ‘Wook At That Hair. ‘ And to cover up two particularly embarrassing bald spots, Chewie ‘s also had hair plugs implanted on the each of his ass cheeks.

Will BB-8 and R2 have sex?
I hope so. All I know is if it does happen, you better believe we ‘re gonna hear a whole new range of beeps and whistles outta those two lovable fuck buckets.

At the very beginning, a man that looked a lot like Finn walked to the front of the theatre I was in and said that he was an actor named John Boyega, seeming to imply that Star Wars wasn ‘t real, but some sort of fictional world. What was up with that?
No clue!

What were we meant to ascertain from Rey ‘s visions?
Not much. It was basically a bunch of powerful images alongside a quick shot of her drinking a Diet Sprite.

A Diet Sprite? I don ‘t think that happened.
It did happen. At one point, she looked at the camera and said something like ‘This BB8 unit is extremely important to the resistance and after a long day of running in the sand, I need a cool, refreshing Sprite Zero. Glug glug.” That last part was her drinking. Obi Wan was there, too.

Sure. And what was he drinking?
A 2 liter of Fanta.

Why did they make Jakku so similar to Tatooine?
There sure was a lot of sand. You could say it was actually its own character in the story, much like Manhattan in Woody Allen ‘s early work. Or London or Scarlett Johansson ‘s tits or some bullshit in his current stuff.

How did R2 wake up in the end?
It felt a little forced in my opinion, with its timing clearly a storytelling technique meant to evoke emotion and optimism after the death of our beloved Han. So, giving JJ Abrams the benefit of the doubt, the only explanation I think of is that Luke was hiding in the R2 unit and then was like ‘I ‘ll give them the map, my pretties!!!”, you know like a witch. Then he scampered off and flew up to that mountain (he can fly now) so Rey could find him. 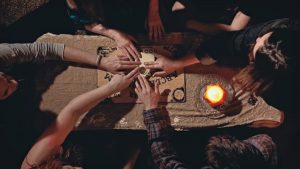 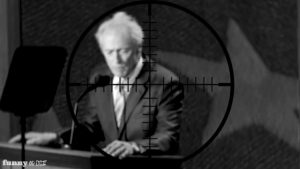 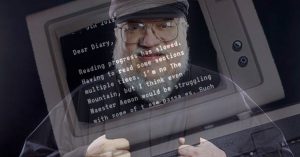 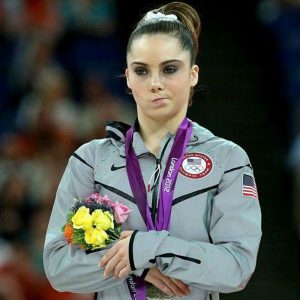 The funny meme that already hatched a Tumblr since McKayla made her famous stink-face last week has rapidly spread across the Internet. Needless to say, Silver Medalist McKayla Maroney Is Not Impressed. 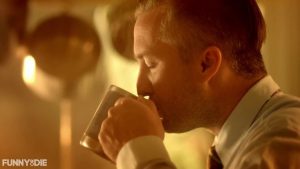 Need a little morning pick me up? Grab a cup of mushroom tea and let the magic of the forest take you away 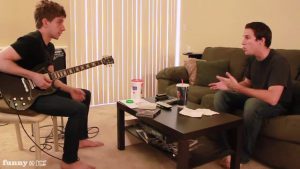 Matt Harbert has something to say to Brian Ruppenkamp while he’s playing guitar.