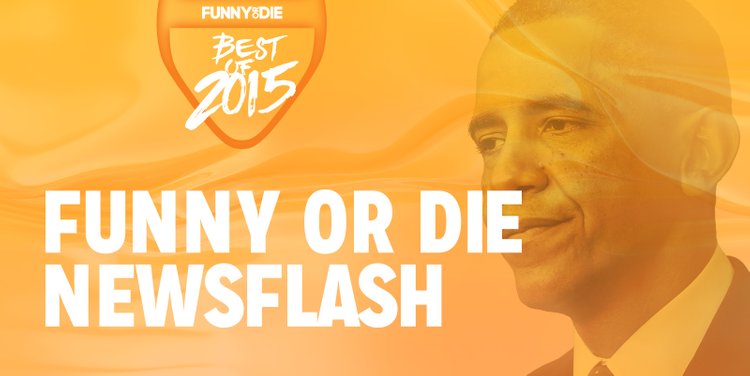 *Includes only news stories we had a good joke for. Plenty of tragedy happened this year and we ‘re not going to include it but you don ‘t need a joke to know the world is a terrible terrible place.

Let ‘s take a look back at all that happened this year.

While New York City missed the worst of the winter snowstorm, the Boston area was hit hard with snowfall estimates now in the 15″ – 25″ range.
Boston residents were shocked to learn their city could get whiter.

An all-female Ghostbusters lineup was announced with Melissa McCarthy, Kirsten Wiig, Leslie Jones, and Kate MicKinnon.
The highest paid star of the film will be Male Bus Driver #1.

The New England Patriots were victorious against the Seattle Seahawks in Super Bowl XLIX.
To celebrate Tom Brady went home and emptied his balls again.

A new poll shows that 54% of Republicans believe that “deep down” President Obama is a Muslim.
The poll also indicates that 100% of those Republicans are racist “not that far down.”

An unknown vandal has been putting “exclusively for white people” stickers on Austin storefronts.
And in related news, someone is stealing all the stickers off the new Mumford & Sons CD.

Pope Francis washed the feet of a dozen inmates on Holy Thursday.
Which is what happens when you don ‘t fight the biggest guy on your first day there.

Hillary Clinton announced her 2016 presidential bid.
She ‘ll be running under the campaign slogan “I ‘m a woman” whether she likes it or not.

Ben Carson, the retired neurosurgeon, is running for president as a Republican.
I can ‘t wait for him to find out that politics and the human brain have nothing in common.

A German manufacturer has unveiled a self-driving 18-wheeler truck.
In related news ‘ RUN! RUN FOR YOU LIVES!

Harriet Tubman won an online poll to replace Jackson on the $20 bill.
So even after her death, white men want to own Harriet Tubman.

The author of 50 Shades of Grey is publishing the story from the man ‘s point of view.
This version reaches its climax much sooner.

Donald Trump leads every Republican but Jeb Bush in New Hampshire polls.
It makes more sense when you remember that the other thing New Hampshire considers a good second option is “or die.”

Donald Trump says he didn ‘t expect the backlash from his immigration comments to be so severe.
But then again we didn ‘t expect a sentient pile of melting garbage wearing a dying hamster on his head to run for president. So we were all wrong.

The Hollywood talent agency that represents Bill Cosby is refusing to work with him.
But something tells me Bill won ‘t take no for an answer.

Donald Trump is threatening to run for president as a third party candidate.
I bet it ‘s the Whig Party.

North Korea is creating its own time zone.
It ‘ll be called whatever the opposite of dinner time is.

Recent polls show the phrase ‘Deez nuts ‘ polling higher than most republican candidates.
Trump remains in the lead since dicks are naturally above nuts.

Kim Davis was released from prison before a crowd of supporters.
Not present: God.

Almost 4 in 10 people in Detroit live in poverty.
The other six live in something equally as bad: Detroit.

Serena Williams has dropped out of the 2015 tennis season.
Hardcore tennis fans responded by continuing not to exist.

Senate Democrats have unveiled gun control legislation.
It will ironically get shot down my lunatics.

The World Health Organization says 2/3 of the world has herpes.
The other 1/3 has never met your mom.

Chipotle has temporarily closed dozens of locations after E. coli scares.
So congratulations to Chipotle for putting together a Halloween scare so effective that people literally shit their pants.

An Ohio town is demanding a man take down his undead nativity scene that includes a zombie Jesus.
But if Jesus coming back from the dead offends Christians, maybe they haven ‘t read the Easter story close enough.

U.S. executions in 2015 were at their lowest in 24 years.
Unless you count ones conducted by the police.

And there we have it. 2015 in the books. As you may have noticed, this was a shameless plug for our app News Flash. All the jokes came from that glorious app. Click below for daily jokes.

A heatwave has fallen over the nation and we are now obligated to discuss how hot it is at all times. 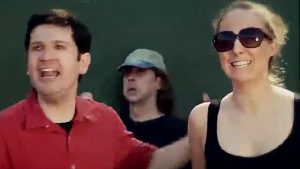 Dr. Quinn is back! And her new show is NOTHING like Breaking Bad, we promise. 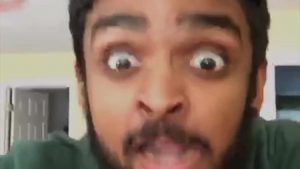 Our users simply find reasons to fight you… it’s the best and you should watch your back.