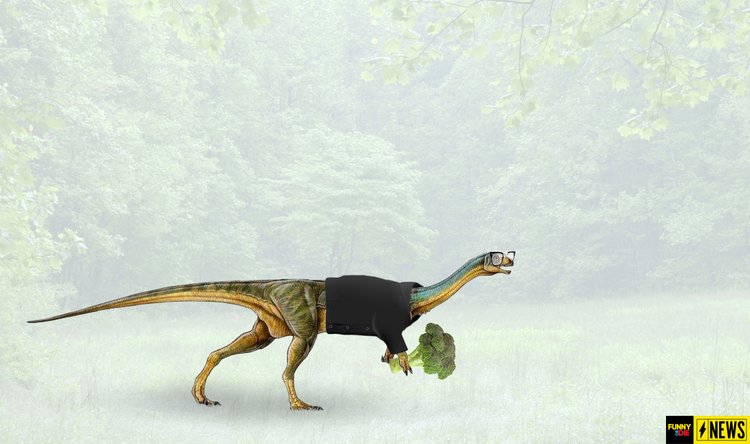 This week, paleontologists announced they discovered a new relative of the Tyrannosaurus Rex in South America called Chilesaurus diegosuarezi, and get this ‘it was a dinky little vegetarian nerd dinosaur!

That ‘s right ‘the biggest, baddest meat-eater in the prehistoric jungle had a plant-chompin ‘ pipsqueak dork for a cousin! The makers of the upcoming Chris Pratt blockbuster Jurassic World HAVE to write this little dino dork into the movie.

Just imagine: You ‘re in the theater watching T. Rex stalk a blissfully unaware Stegosaurus, sneaking up on it all super quiet. Then, just as he ‘s about to chomp it, the Chilesaurus will bumble out of the underbrush with his mouth crammed full of plants, like ‘Duhhhhh ‘whatcha up to, cuz?” and he scares away T. Rex ‘s dinner! It ‘ll be just like whenever Urkel shows up in Family Matters! Hahahahahaha!

God, there are just so many possibilities for Jurassic World with this new Dorkasaurus Rex. Like maybe he is chasing some humans with his big, cool cousin, but he ‘s really slow and he can ‘t keep up, and he ‘s all like, ‘wait up! I didn ‘t eat enough plants today!” Then he has to stop and use a big dinosaur-sized inhaler.

Oh, I guess the dinosaurs in Jurassic World would have to talk now, but that seems like an easy fix ‘just record some celebrity voices and then you make it look like the dinosaurs are thinking the words, like Garfield in the Garfield cartoon. You don ‘t even have to make their mouths move. I think Chilesaurus should be voiced by some whiny dingus like Josh Gad and T. Rex should be someone cool like The Rock or Samuel L. Jackson. The other dinosaurs can be whoever, I don ‘t care.

Also, they could write in this new hilarious restaurant scene for Jurassic World where Chilesaurus is being all fussy and embarrassing the T. Rex, and he won ‘t eat any of the human meat served to him by Velociraptor waiters, and then he says, ‘Uh ‘I ‘m gluten-free, too, guys.” Then the Velociraptors are planning to eat him, but T. Rex eats all the raptors to save his cousin, who he loves even though his cousin is this big sissy pain in the ass.

It ‘ll be just like an episode of Portlandia, right? Like, the Chilesaurus is a nerd and a stupid hipster! And the T. Rex is both very cool and accepting.

Or maybe Chilesaurus becomes friends with one of the human kids, and T. Rex is like, ‘enough is enough. You gotta eat this kid if you want to be down with me. No more plants.” But Chilesaurus can ‘t do it, because he loves the human kid. I don ‘t know what happens next, but it ‘s all CGI, so it ‘s not a big deal to figure it out and just put it in the movie.

I dunno. It ‘s gonna be a good movie, either way. These are just some ideas.

A man on the street interview about sex goes awry. 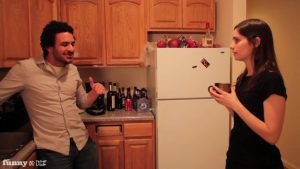 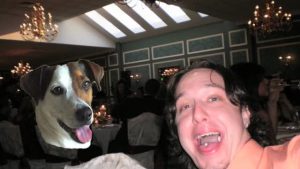 Mylo the Cat and Barry the Dog share their thoughts on the following picture. This might be Mylo’s new series, but also might very well be a huge failure. Bitches. 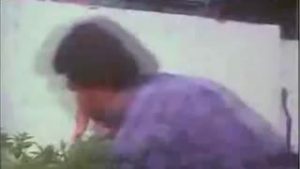 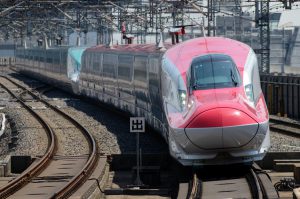 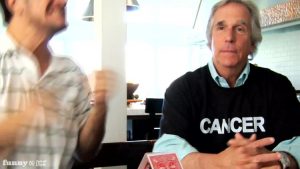 The complete scene from a take of Cancer interrupting a House of Cards. http://www.su2c.org