Ryan Adams is a prolific rock ‘n ‘ roll music man whose only crime throughout the years is having a name very similar to another rock ‘n ‘ roll music man who wrote one of rock ‘n ‘ roll ‘s most popular songs. As it turns out, Ryan has an extensive history of confronting hecklers, spelled out nicely in this Rolling Stone article, that includes once kicking a man out of his show for repeatedly requesting the Bryan Adams hit song ‘Summer of ’69.” On the way out, Ryan even gave the man 40 dollars as a refund for the concert ticket. That may seem like a diva move, but I can only imagine how annoying it would be to constantly hear drunk assholes yell out PLAY SUMMER! DUDE, PLAY SUMMER OF '69! I would probably kick the guy out too.

In an act of good humor and willingness to play along, something that Ryan Adams is not known for, he recently returned to the same theater in Nashville where he notoriously kicked out the ‘Summer of '69″ requester, more than a decade after the incident, and played a subdued version of the hit single for a happy crowd.

Ryan Adams and Bryan Adams aren ‘t the only celebrities with similar names who are inextricably linked. Here ‘s a list of other celebrity pairs that, despite their best efforts, can ‘t get away from each other.

Howard Stern the radio personality and Howard K. Stern the one guy who was involved in that whole Anna Nicole Smith mess years ago
Howard K. Stern is constantly asked if he ‘s ‘the king of all media” and he can ‘t respond because he is mired in about 80 lawsuits and literally anything he says will be held against him in a court of law.

Jacki Gleason from The Honeymooners and Jack Gleeson who plays King Joffrey on Game of Thrones
Gleason ‘s famous short-tempered Ralph Kramden character from The Honeymooners and King Joffrey from the fantasy TV show Game of Thrones are seemingly worlds apart. But if you watch very carefully in the scene where (SPOILER ALERT) Joffrey orders the beheading of Ned Stark, you can hear a tiny whisper from the corner of Joffrey ‘s mouth ‘Off with his head ‘ to the moon!” It doesn ‘t make sense for the character or the show as a whole and no one on set wanted to put it in the final cut, but Game of Thrones was still a new show looking for ratings and that ‘s what the public wants: references to things they ‘ve seen before. 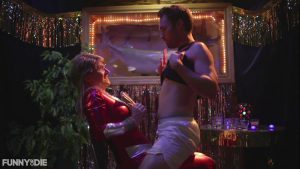 Guter and Aslaug do their version of a strip tease at A Better Place, until they get harassed by Janessa and her scumbag fianc ‘, White Trash Billy. 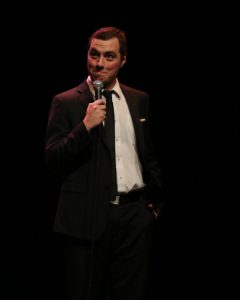 Canadian comedian Matt Wright shares a checklist for twenty-somethings who may be having a quarter life crisis. 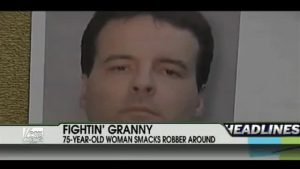 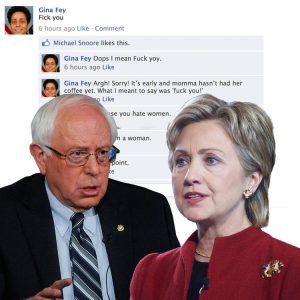 Things are heating up on Facebook feeds across America between Bernie and Hillary supporters. It’s getting ugly. 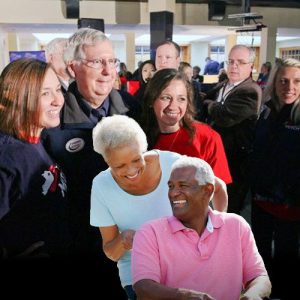 Need to add a person of color to a campaign photo? Try MinoriStock.com! 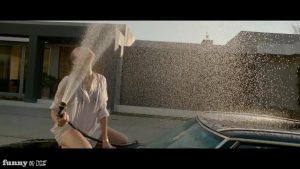 A lesbian couple (Marisa Tomei and Elodie Bouchez) on the brink of divorce attempts to divide their possessions through mediation. Directed by Stuart Blumberg. http://www.co-collections.com