Earlier today Nintendo and Universal Theme Parks announced a partnership that will bring Nintendo video game themed attractions to Universal Studios. Nintendo and Universal hope to bring some of Nintendo ‘s most beloved characters and worlds to the theme park to help bolster its lagging sales and compete with the much more popular XBox and Playstation game consoles.

But who cares about all that business jargon, we wanna know what the rides are gonna be. Since the partnership is still very new, no plans for specific attractions have been released yet, however, I have a few ideas for some great Nintendo Theme Park attractions that they can have free of charge:

Super Mario Bros. 3: The Roller Coaster
Strapped into the (sanitized) carcass of a giant, hollowed out raccoon and attached to an above-head coaster track, riders simulate the flying experience from Super Mario Bros. 3. The coaster starts by forcing the riders to propel themselves up the initial incline by sprinting as fast as they can for 100 meters, then there off, and zooming through air collecting ‘coins” (chunks of gold foil on strings) and in a first for roller coasters, the track ends at the highest point in the ascent. There, the riders get off the coaster and jump into a green pipe that takes them back down to ground level.

The Super Smash Brothers Game Zone
In this part of the park there will be various different carnival-style game set ups with a Super Smash Brother flair. And by Super Smash Brothers flair, we mean it ‘s impossible to tell if you are doing well at the game or not until it ‘s over, just keep pushing the buttons in front of you and a bunch of cool looking stuff will happen like high flying flips, kicks, punches, and big time explosions.

Donkey Kong Country Safari Adventure
Visitors will ride a tram across a tropical animal habitat where actual real gorillas are forced to throw barrels at alligators, ride rusty mine carts at break neck speed, and get shot from cannons. (Note: I don ‘t think the gorillas will like this but you have to admit it would be fun to watch if you don ‘t look at the gorilla ‘s eyes and see that these animals do have souls and feel pain!)

Mario Kart World
Visitors are transported to a magical place where it ‘s all about Mariokart. This attraction puts visitors into an authentic college dorm room, where they will wordlessly play every level of Mario Kart 64 for the next hour with three of their ‘dorm mates,” making noises only when one of the players loses in a tragic way (slips on banana peel then gets blown up by two straight red shells after leading for the entire race) or wins in an unexpected or glorious way (has green shell on ass for a whole lap and throws it at opponent right before crossing finish line). Competitors are encouraged to smoke whatever pot might be lying around and sip warm Keystone Lights unless the RA is around.

The Legend of Zelda: A Musical Journey
An adaptation of the popular Zelda story into a Broadway-style musical that ruins the whole thing for everyone! Follow Link, played by a pimply Florida St. musical theater student, on a journey of self-discovery, anger, tension, and unrequited love until, halfway through, the entire performance morphs seamlessly into Peter Pan and no one notices. 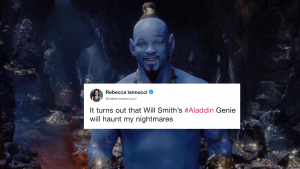 And not in a good way 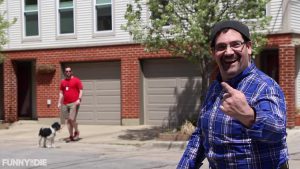 If there’s anything I’ve learned in my years as a newspaperman, it’s that you gotta make your OWN stories. Please hire me, Gawker. 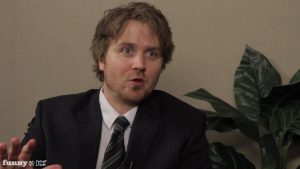 The Middle East is more than just a tourist and oil hotspot.

Celebrating the inspiring achievements of AOC.