See below for our latest installment of Wait. What?, the series where we react to current events that give us pause.

Did you hear about the new open-carry legislation in Texas that allows Texans to display their handguns in public places?
Wait. What?

Yeah. I guess over 40 states have some form of open-carry gun law, but as of January 1st, 2016 Texas is the most populous open-carry handgun state.
Wait. Why?

Well, open-carry supporters say more weapons in public being carried by “good guys” will help deter gun crime from potential “bad guys.” In reality, though, there is no meaningful evidence that open-carry states are safer.
Wait. Huh?

For real. How are people actually supposed to know the difference between “good” gun carriers and “bad” ones? The Houston Police Department published an FAQ about the law, which basically says that it is “situational” and people should use their judgement if the person with a gun is a good guy or a bad guy, saying:

“Yes you can call the police, but before you call, observe how the person is acting. If they are acting suspicious, or enter a building such as a school, then please give us a call. But, if they are simply at a gas station filling up their car, then they are probably a law abiding citizen who is legally open carrying.”

I know. But in reality, the law only affects the 4% of Texans with a state-issued license to carry a concealed firearm, or in other words about 925,000 of the state ‘s 27 million people. To get the license they had to submit their fingerprints and pass a criminal background check. Somewhat paradoxically, those with a permit to carry a concealed firearm can now display their firearms publicly.
Wait. How?

Well, it varies, but basically in public places you can open carry, except schools, and then de facto you can carry in private places unless they say otherwise. So, private establishments like restaurants or movie theaters can decide if they want to allow people to open carry or not, but they have to post signs with required wording in order to opt out of being an open-carry establishment. The pro-gun website Texas3006.com has a “Wall Of Shame” admonishing those places that don ‘t want to allow their patrons to display guns. As of writing this post, Chuck E. Cheese is on the top of their list. That ‘s right, they ‘re publicly shaming the family pizza arcade for not wanting people to be walking around with handguns.

Right? Also, it makes sense for Time Warner to not want disgruntled customers coming in carrying a handgun. I mean, how does that make that interaction go better? And while Texans are still not allowed to open carry at public universities, as of August, students and faculty will be allowed to conceal carry.
Wait. No.

It ‘s true. And not only that, many pro-gun groups say that the new open-carry legislation doesn ‘t go far enough, and are calling for something they call “constitutional carry,” which would entail Texans being able to display their handguns regardless of whether or not they have a license.
Wait. Really?

But that ‘s only because Texans have already been allowed to open carry their rifles for a while.
Wait. What?

Yeah buddy. Check out this photo from The New York Times of this rifle pointed right at a kid ‘s head in a Subway: 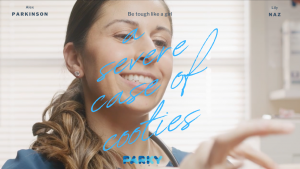 Be tough like a girl and get your shot

Since 2008, George W. Bush’s acting career has really taken off. 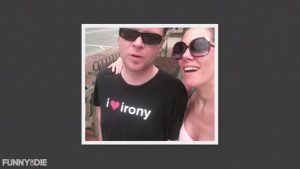 You have a galaxy of choices, so why not make a lazy one? 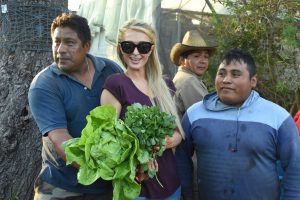 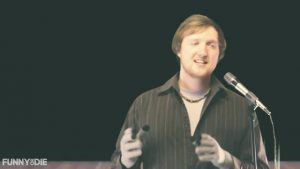 In a recent Iowa caucus poll, ‘No Opinion” came in at 4%, ahead of Christie, Graham, Jindal, Kasich, Perry, Santorum, Gilmore, and Pataki. But does it have a legitimate shot at securing the GOP nomination?