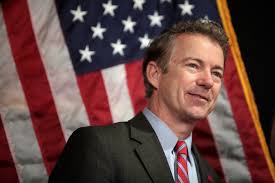 Due to low poll numbers, Rand Paul and Carly Fiorina were excluded from last night ‘s primetime Republican presidential debate. Instead of debating in the so-called undercard debate, Paul opted to hold his own online Q&A called the #RandRally. Rand swore he wasn ‘t going to go home after the #RandRally and watch the debate, but did he stick to that plan?

11:00pm. Alright, Rand! It ‘s Republican Debate Night. And you were not invited. But that ‘s okay! In fact, it was fantastic because you just finished the very successful #RandRally! You ‘re going to show everyone when you win the election in November. Who wanted to be on the same stage as Donald Trump anyhow!

11:10pm. Time to relax and disconnect after that extremely successful #RandRally. No turning on the TV to see what happened at the Republican debate. You ‘re going to draw a warm bubble bath, pour yourself a glass of ros ‘, and pull out a brand-spanking new copy of The Fountainhead. Your previous 23 copies were destroyed to a sweaty pulp from so much use.

11:15pm. You could be watching that dumb debate, but instead, you ‘re on your second glass of ros ‘ and pleasantly shriveled like a prune. Mmm. Bathtime perfection. Tonight is about you, Rand. #RandRally!

11:16pm. It wouldn ‘t hurt to take a little peek at the TV ‘ the tiny TV, over the tub ‘ would it? Not to watch the debate! Nope. Just to watch that sweet Fox News ticker. Wow! The Revenant got 12 Oscar noms! Oh, and there ‘s John Kasich ‘s face. What were the odds that you were going to catch him talking. Okay, turning the TV off. Back to relaxing.

11:17pm. This third glass of ros ‘ is better than the first two. Wow, gotta love Howard Roark, with his architecture and his embracing of individualism and his raping. Why is The Fountainhead the favorite book of 11th graders and no one else?

11:18pm. Aw, who the hell are you kidding, Rand! You gotta watch that debate! Just to see how much worse it was than the #RandRally. But at least you ‘re doing it while soaking in fragrant lavender bath salts. Quality Rand time. It ‘s so weird to be naked and looking at Chris Christie on TV.

11:25pm. Look at that, Rand! You ‘ve housed the entire jug of ros ‘! No problem. You ‘ll just move to the couch in front of the big TV where you keep the extra jug of ros ‘. This bath water was getting lukewarm anyhow.

11:45pm. Marco Rubio looks like a baby and an old man at the same time, but, like, also with heels on.

11:50pm. Hey, what ‘s the deal with Neil Cavuto ‘s hair? Heh. You have to remember to give him your hairdresser ‘s number, Rand.

12:08am. LOL! ROTFL! Just prank-called Dad and pretended he was Domino ‘s and asked him for a large pepperoni pizza!!!!! He was like ‘Rand! Rand! Is that you!? I have caller ID.”

12:14am. These presidential wannabe dumbasses are talking about bombing the hell out of everywhere and there ‘s no one to keep them in check hahahahahahahaha. GOOD LUCK WITH THAT, AMERICA!

12:16am. You know what Fox News can do? Go fuck itself. FUCK YOU, FOX NEWS. Rand doesn ‘t need you! #RANDRALLY! Shit. You probably shouldn ‘t have thrown that bottle of bourbon at the TV. 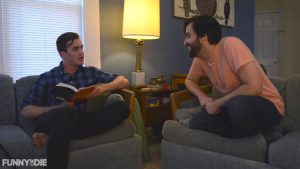 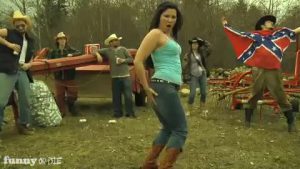 Get the song on Itunes… search “toofartv” 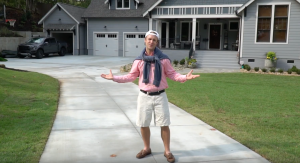 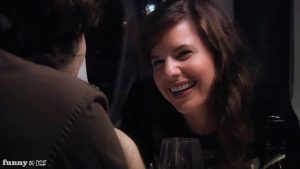 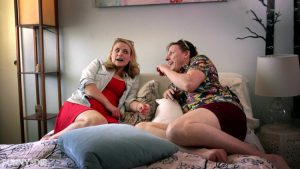 Syd gets a little treat during a giggle fit with Stu. 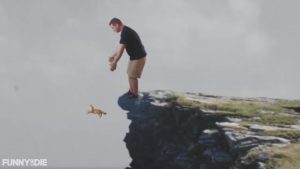