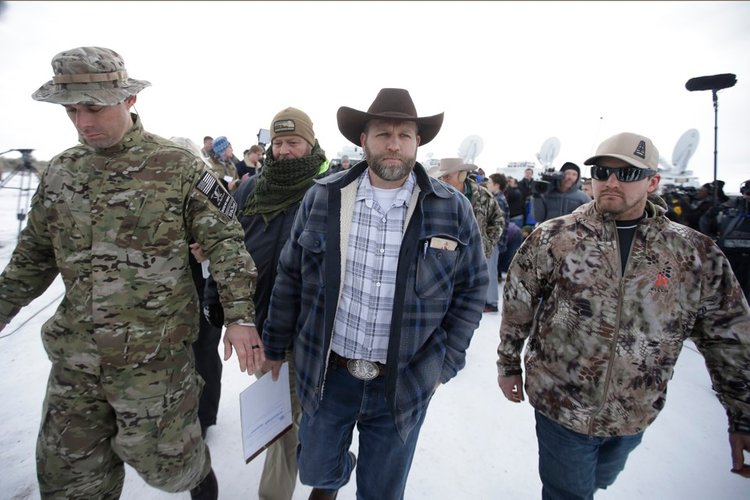 The armed occupation of federal property in Oregon is a tough egg to crack. It brings together issues of gun rights and gun violence, depictions of race in the media, the expanding rural vs. city divide along class dimensions, and ongoing debates over what constitutes federal overreach. As of Tuesday night, the stand-off was intensified with the arrest of eight of the militants, including the group ‘s leader, Ammon Bundy, as well as the shooting death of group spokesperson Robert ‘LaVoy” Finicum.

Wait. In that first sentence above I used the expression ‘tough egg to crack.” Is that right? I ‘m second guessing myself. There is definitely a phrase that goes ‘tough ____ to crack.” My brain thought of that phrase first, then my brain did a word association with objects that crack, and egg was the first that came to my mind. But maybe that ‘s wrong? Eggs aren ‘t tough to crack. They ‘re very easy to crack.

The weeks-long armed occupation of a federal wildlife refuge is a difficult morass to untie. Armed members of a self-proclaimed militia took the headquarters of the Malheur National Wildlife Refuge on January 2nd of this year following a previously peaceful march protest of the prison sentences for ranchers Dwight Hammond and son Steven Hammond. The two were convicted of arson for a controlled burning that got out of control on disputed land. As the issue gained media attention, Ammon Bundy ‘ son of anti-government protester Cliven Bundy ‘ traveled from his home in Arizona to turn the protest into a larger issue of federal overreach.

I guess it is tough to crack an egg correctly? Like, you have to be careful not to get bits of the shell into the pan or else your scrambled eggs might have sharp shell bits that stab you in the gums while you eat your breakfast. Hmm, still doesn ‘t seem right.

According to Bundy, he received a ‘divine message” that ordered him to lead the armed occupation. He is the de facto leader of the group that came to call itself Citizens For Constitutional Freedom. LaVoy Finicum, who emerged as the spokesperson, repeatedly indicated that he did not want to die, but was willing to die for this cause, stating that his freedom was more important to him than his life.

I just realized ‘tough egg to crack” is definitely not right. It ‘s ‘tough nut to crack.” Like, walnuts are a tough nut to crack. But if you do crack them, then you get to eat the delicious walnut meat inside. Is the inside of a nut called the meat? That definitely doesn ‘t seem right.

The confrontation with the FBI occurred when leaders of the militia left the headquarters to attend a meeting organized by local residents. Reports are conflicting, but apparently a traffic stop turned violent. Most members complied, but Finicum refused to be arrested peacefully and shots were fired. It is unclear who fired first.

I think ‘tough egg to crack” could be a phrase. Or at least a warning. Like, if you come across an egg that is a tough egg to crack, you should stay away from that egg. It ‘s probably gone bad. Or it might be a ceramic sculpture of an egg. In which case, that is somebody ‘s art, and you shouldn ‘t mess with it.

Initial media descriptions of the militants as ‘protestors” was to some an example of the racial hypocrisy of the media, leading to the hypothetical argument of wondering if armed black men had taken a government building, would they be described as protestors or as criminals? Or, taking this a step further, as Salon stated earlier this month: ‘They ‘d be killed if they were black.” Although a death has now occurred, the FBI did not storm the compound, hoping to avoid a repeat of a Waco situation, referring to the 1993 siege of a government compound in Texas by the Branch Dividians, which ended in 76 dead after an FBI assault.

According to the FBI, those arrested will face ‘a federal felony charge of conspiracy to impede officers of the United States from discharging their official duties through the use of force, intimidation, or threats.”

You know what? I ‘m sticking with ‘tough egg to crack.” I think it works. Language is meant to evolve. I ‘m defying cliche. Hence forth, while ‘tough nut to crack” means a problem that is difficult to figure out, ‘tough egg to crack” adds an additional layer of nuance to the phrase, indicating that the situation is not only difficult to understand, but also if handled poorly could result in splattering the entire situation.

The FBI estimates that at least 11 members of the group are still occupying the headquarters. They ‘re being asked to step down peacefully.

One thing we can agree on: This is a tough egg to crack.

‘Scienceology’ takes a break to retool with an eye toward diversity ‘even in regard to Fijians. 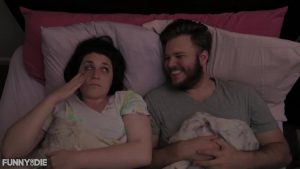 Whatever position you’re in, you know you’re always right. 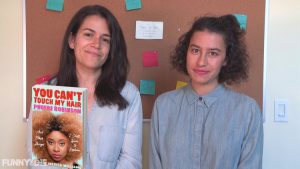 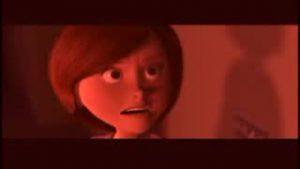 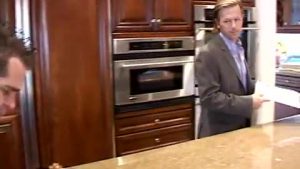 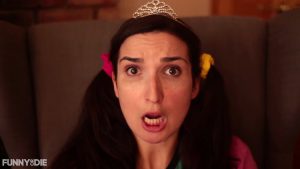