Our developers have been working around the clock (don ‘t worry, they have dismal personal lives) to create an algorithm capable of compiling the absolute hottest content on the internet. We ran the numbers and ‘ oh, that ‘s weird. Looks like the top content was all from Funny Or Die. Well, there ‘s no arguing with math.

The Beatles ‘ George Harrison is the guest this episode of God ‘s talk show to chat about gardening, edible flowers, and manure.

Donald Trump announced that he would be sitting out Thursday night ‘s GOP debate in true Trumptastic fashion. And if you thought his original press release was over the top, wait until you see this leaked first draft from Trump ‘s campaign team.

Who would have thought the first major Twitter beef of 2016 would be between the rapper B.o.B and Astrophysicist Neil deGrasse Tyson? After the conflicted escalated and B.o.B dropped a diss track about Tyson, the scientist had no choice but to respond with a diss track of his own.

These missing pages from the original Grease script see Danny Zuko grilling Kenickie about the questionable lyric ‘Did she put up a fight?” Wow, you ‘d never think something from the ’70s and set in the ’50s could ever be problematic.

How To Become A Man: Pinning Your Dad In A Wrestling Match But In A Cool Way

Once again, it ‘s time to learn how to become a man. Remember, it ‘s never too late to assert your dominance, OR learn how to do stuff the cool way!

No Men Showed Up To The U.S. Government So Women Took Over

A true story from the first work day after the snowpocalypse when only women showed up to Congress. The men probably got lost in the snowstorm because they refused to ask for directions. Male egos are a fragile thing. Consider the patriarchy crushed.

Theory: Bernie Sanders Is 420 Years Old, Which Is Impressive And Pretty Chill

It turns out that there ‘s a pretty good amount of photographic evidence suggesting that Bernie Sanders is three centuries older than he looks. Whether or not this crackpot theory is true, you have to admit it would be pretty cool.

If you love watching more than four videos, but last than six, then these are the mother-fricking videos for you. 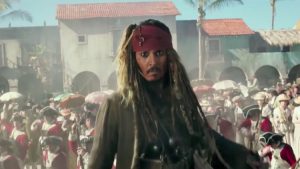 “I thought ‘Captain Phillips’ was the final one.”

Being trapped in a dungeon can be a real downer on your mood, but Avery isn’t gonna let that stop her from doing the roast yourself rap challenge! 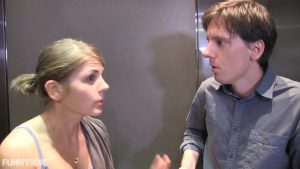 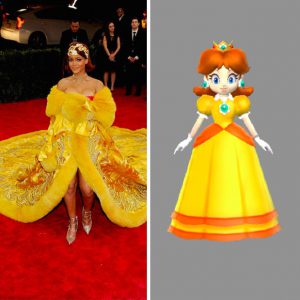 We’re all about four, five seconds from playing Nintendo together, right you guys??? (via Reddit user Ranzok, who posted that his girlfriend discovered “Rihanna is systematically cosplaying as all the characters of Mario Party.”)

Join more than a million students around the world on Friday, May 4 at noon EST by standing up to bullying. For more info, go to http://www.stand4change.org.

Funny Or Die News correspondent Mike Scollins visits the Museum of Sex and talks to museum curator, Sarah Forbes, to see just what goes on over there.