Amongst the heaps and heaps of garbage and filth that spews out of Donald Trump ‘s mouth, it can be easy to forget some of the specific waste scrapings he ‘s said. But you probably remember his oft recited promise to not only build a wall almost 2,000 miles in length to keep Mexicans out of America, but have Mexico pay for said wall.

‘We are not going to pay any single cent for such a stupid wall!” said former Mexican president, Felipe Calder ‘n. He followed up saying it was” ‘incredible ‘ ‘ that quite an ‘admirable society ‘ like the U.S. had candidates like Trump.”

Hmm, this sort of feels like when you ‘ve plotted for an entire month to get your mom to pay for a new Game Boy and when they find out she is like ‘ahahahah no.” And then you have to show up to school and everyone was like ‘homie, where is that new Game Boy?” and you have to just be like ‘ugh shut up, also if you see my mom tell her she sucks.”

Then all of your friends will be like, ‘bro, do not disrespect your mother like that, if you wanted to buy a Game Boy, you should have talked with her about it and you could have come to a reasonable and diplomatic agreement, but now you ‘re out here looking like a damn fool with no Game Boy and a mom that fucking hates you probably.”

In this episode, we look at where the words “geek” and “nerd” came from. You’re also going to learn the correct way to pronounce Dr. Seuss, which is not at all as most pronounce it. 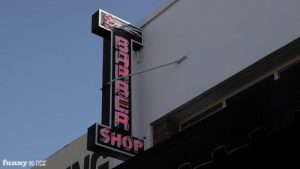 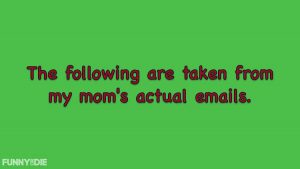 More memos from my Mom~

Jesse Eisenberg has a brand new talk show where he sits down and talks to tween girls about boys, life issues, personal hygiene and much, much more. 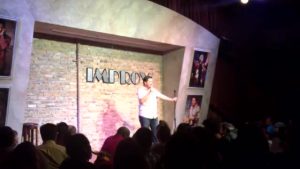 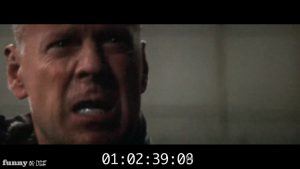