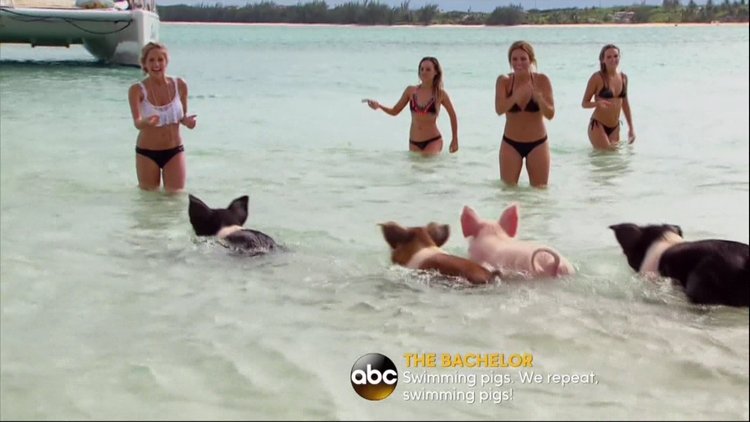 Below is a recap from The Bachelor episode from 2-8-16, the one where they go to the Bahamas. Spoilers, obviously.

We start where last week left off with Olivia and Ben talking it out in the hallway. Ben is worried because the other women told him that she is a stuck-up B-face. Olivia defends herself, saying she had a target on her back from the first night and she doesn ‘t have anything in common with these other dummies in the house.

The other women, who are about six feet away, are praying Ben is taking Olivia ‘s rose away, especially Twin. Twin is still talking about the Teen Mom comment and says it was ‘the most offensive thing she ‘s ever heard.” You haven ‘t lived much if that ‘s the most offensive thing. Ride a subway. Go to a Tarantino movie. Try HBO. There ‘s so much offensive stuff out there.

Ben hands out the roses to everyone except some chick named Jennifer.

2. This Other Blonde Is Melting Down

Caila gets the first one on one and This Other Blonde wonders why she is still there. Same thing I was wondering! She hasn ‘t talked to Ben much but she is super pissed at him for not drawing her out. It ‘s like she ‘s been waiting for Ben to walk in the room and sit down right next to her ‘

This Other Blonde cries in a bathroom and thinks she has a good reason that Ben and her would work as a couple. She lives 10 minutes from him in their hometown. She doesn ‘t understand why he wouldn ‘t want to explore that! Ten minutes! Love is all about the commute.

So This Other Blonde has been crying in bathrooms all day about going on the two-on-one and how that ‘s not fair, but when she finds out she ‘s going on the group, she thinks that sucks too. What if she doesn ‘t have time to tell him about that cool 10-minute drive he can take to get to her house? How will they ever connect?!

Ben took Caila fishing on their one-on-one this week. They pressed their swimsuit bodies up against each other and kissed (a fish).

In what might be the most amazing group date in Bachelor history, Ben took the ladies to swim with pigs!! They were all so excited as the boat pulled up to the beach. The women jumped in the water armed with chicken hot dogs to feed the pigs. Then, the pigs swam their fat asses right at the women. These pigs can swim! They were chasing women and jumping up on people. Pigs are a whole different story in the water. Let ‘s call them aqua pigs.

This Other Blonde is still freaking out and cries to Ben in front of the pigs. She ‘s basically given up on herself already. The other women are getting upset as well because Ben is paying attention to Some Blonde. The vibes of the date go awry and it ‘s awkward for everyone.

After the awkward day, Ben made it up to the women by kissing them with tiny tight lips. Is Ben a tongue virgin? Why does he kiss with his lips closed?

5. Blondes Talking About Other Blondes

Some Blonde is in tears when she gets back to the other women and it ‘s pretty clear who her friends are and who on the date would talk about her. This Other Blonde denies it, but it ‘s safe to say no one believes her.

Later, This Other Blonde curls her eyelashes and heads to surprise Ben in his room. She ‘s tired of being overshadowed and hey, maybe now would be a great time to tell him about that 10-minute commute! Nah, she goes hard with the anti ‘Some Blonde talk and Ben ‘s eyes glaze over. He tells her that he hasn ‘t felt their connection since the first week and BOOM he sends her home. Talking shit ain ‘t a plan to get a man, girl.

6. Battle Of The Ding Dongs

The two-on-one is Olivia vs. Twin. An overconfident mean girl vs. an emotional airhead. The date starts on a very choppy, windy boat ride. A red flag waves in the water, which I thought meant stop or please don ‘t go in this water, but I guess when you have a reality show to produce, you risk it.

The bad weather continues onto the island but Ben and Olivia try to talk anyway. Olivia describes herself to Ben as a grounded introvert so we get to know that she doesn ‘t know herself well at all. She tells Ben she ‘s in love with him and he gives her those tight lips that she fell for.

Ben takes time to talk to Twin and she rambles through her blowing hair that she wants him to be there for her life events. Ben felt more like her dad when he brushed her hair out of her face and talked about her mom. But maybe Ben likes that because he gives Twin the rose!!!??!?!$@*(@*!& WHAT?

Ben tells Olivia that he can ‘t reciprocate her feelings and leaves her on the island by herself. In a hurricane. Bummer for us.

Ben ponders life in the middle of hurricane waves while standing on a cliff. This seems like a real hurricane. I ‘m honestly getting worried about these people. I love this show and I ‘d hate to have the people that make it harmed in any way.

A lot of realizations are blowing in with this weather. Winds of change. Rain of transitions. Ben realizes that there is a chance that his wife might not be there. That Goofy Blonde realizes that she might go home. Jojo realizes that she needs to cry her eyes out. I realize that Ben gave the rose to the TWIN earlier!?!? What?!

Ben cancels the cocktail party because he knows he ‘s going to send home one of the Laurens. There comes a time when two Laurens is too many Laurens. And that time is now, so goodbye Goofy Blonde.

Looking forward to next week where more women tell Ben they are in love with him and he kisses them without tongue. It ‘s old-school romance and I can ‘t wait! 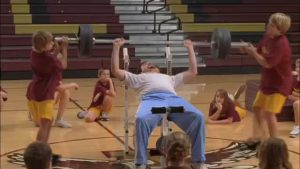 Every kid has a great ball player they look up to. Kenny Powers is not that guy. A new comedy series premieres Feb 15 @ 10:30 PM on HBO. 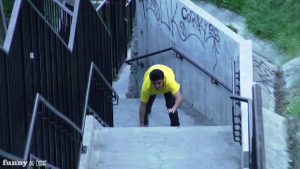 A live-action movie based on one of your favorite card games. A new movie from the filmmakers that are bringing you the upcoming movies such as Battleship and Candy Land. 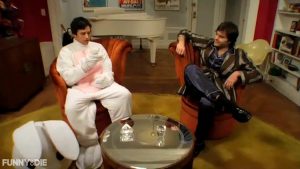 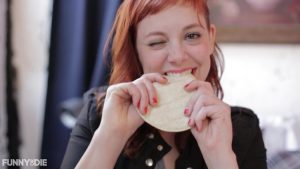 Fax Tortillas around the World! 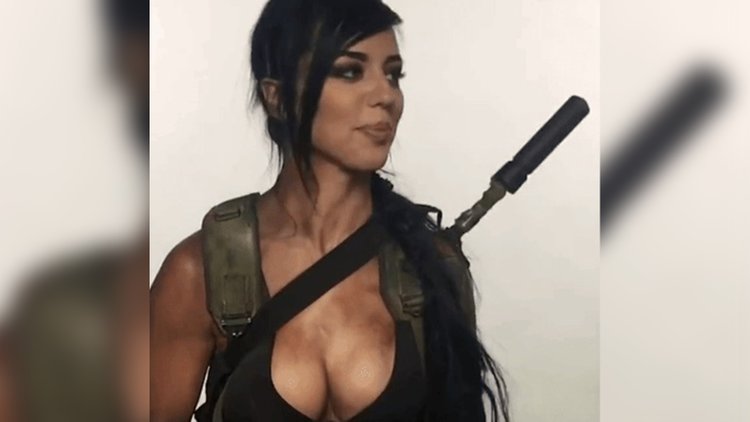 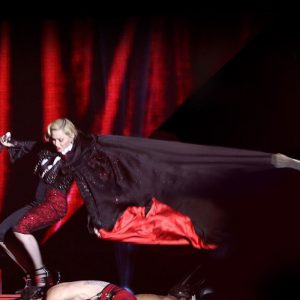