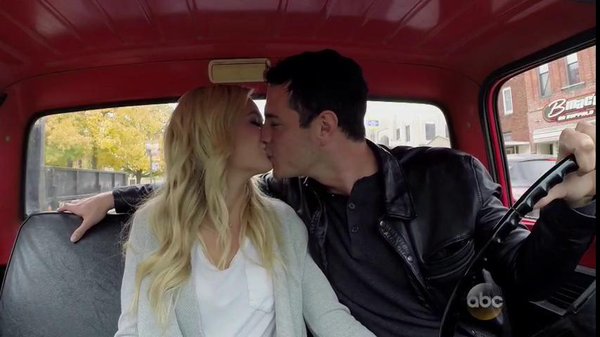 Below is a recap from The Bachelor episode from 2-15-16, the one where they go to Ben ‘s hometown of Warsaw, IN. Spoilers, obviously.

Well that was one of the most boring episodes ever. I miss Olivia. Without her territorial boasting and giant mouth, this show is just six genuine women looking for love with a polite boy from Indiana. Yawn. I would never agree to watch that type of show! I need the crazy girl. I miss the crazy girl. Crazy girl, where are you??

We are spending the episode in Ben ‘s hometown of Warsaw, Indiana. Ben loves his hometown; it ‘s where he grew up. Where he had his first kiss. Where he went to school. Ben inexplicably drives around Main Street in a vintage truck, past probably the only stop light in town. The ’50s are alive and well in Warsaw. I think my hometown is a series of highways and malls now so I guess it ‘s cool for Ben that his is still around.

2. Ronnie ‘The Half Court King” Is The Only Interesting Person In This Episode

Ben picks The Final Lauren to go on the first one-on-one, which is basically a tour of his hometown. He drives her past his elementary school, church, and a hotel that used to be a movie theater where he had his first kiss. I don ‘t know if I can even think of a more boring specific than a hotel that used to be a movie theater that I had my first kiss in. Here, [Insert Date Name Here], come drive past these buildings with me. The tour continues until they get to the spot where Ben used to work and we get to meet Ronnie ‘The Half Court King” and he becomes the only interesting thing in this episode. Ronnie pops a half-court shot and makes it (several times) and Ben has to kiss The Final Lauren. Mouth closed of course.

The rest of the date was so boring I didn ‘t even ‘ zzzzzzz ‘ OH! I fell asleep writing about their date it was so boring.

Ben and Jojo ‘s one-on-one is at Wrigley Field where they play ball, get to run around the bases, and then eat a dinner for two on the field. Outside on the jumbotron, it says ‘Home Run! Ben and Jojo!” So I guess that means they had sex.

4. Caila Has No Community

This group date was so boring I honestly can ‘t even tell you what they did on it. I can, however, tell you that people on Instagram are doing great! Cuz I was on my phone this entire episode.

Everyone was too nervous to have a good time. Becca was nervous even though her super worried face looks exactly the same as her face face. Amanda is worried because next week is hometowns and she is thinking about her kids. Caila is worried because she doesn ‘t have a community. What does that even mean? You didn ‘t go to Thanksgiving at your third grade teacher ‘s house every year? No one does that! Except for Ben. He ‘s so sweet it ‘s giving me a stomachache.

Amanda gets the rose and some extra time on literally the most offensive one-on-one date ever. Ben takes her to McDonald ‘s?!?!?! This show just went from boring to roll my eyes out of their sockets. What the eff?! This show is Budget City, Population: The Bachelor. Remember when Sean and ___ rode elephants on their date? This season they are at McDonald ‘s. I love McDonald ‘s, but in a shameful, secret way like a normal person.

Then, they turn the corner to find a completely staged crowd cheering them into a carnival where they are then followed around by said crowd. That ‘s literally a nightmare scenario for me.

Ben finally asks Emily on a date and she bursts into tears. This can only go well for her. Ben takes her to meet his parents in something right out of 10th grade because Emily talks like she is in 10th grade. She kept saying stuff about wanting to discover the woman she could be. She basically didn ‘t stop talking and said a ton of dumb stuff.

Ben ‘s mom cried at the thought of him ending up with Emily. Emily told Ben ‘s dad that if she could sit around and watch movies all day she would be happy. And also she doesn ‘t like vegetables. She is 13. Time ‘s up, Twin! And it was.

Ben had a tough time deciding, but he sent Becca home. Becca ‘s sad going-home face is the same as her face face. Please no one be thinking of her for The Bachelorette.

Next week is hometowns and those are always fun because someone has a crazy family. Looks like it ‘s Jojo ‘s family this season! They ‘d better be as crazy as Olivia. Damn I miss her! 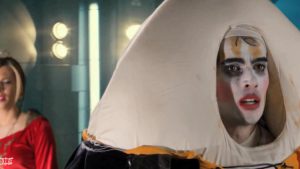 This week’s tweets are looking forward to relaxing over the long weekend. 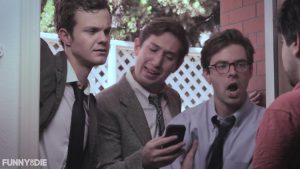 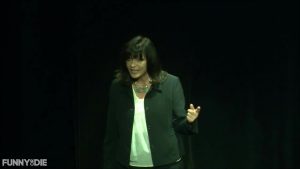