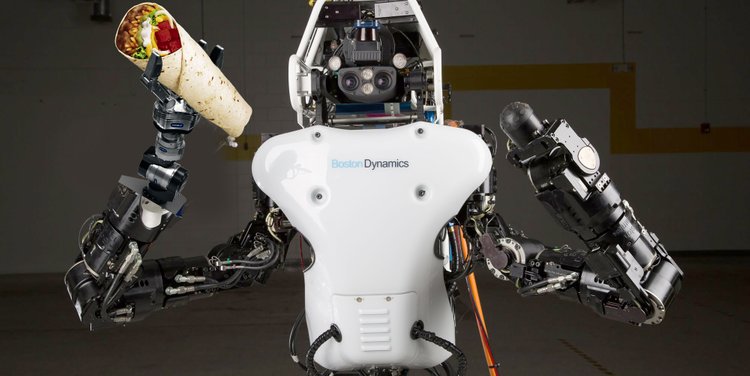 This week, Boston Dynamics, a robotics company owned by Google, released a video of their Atlas robot walking through snow, picking up packages and placing them on shelves, and righting itself after being pushed over.

Though impressive, many feel that the video is a terrifying sign of what ‘s to come. Most people believe that creating a robot that can defend itself against humans is a terrible idea. They ‘re worried this robot could eventually learn to fight back against us, bring about the singularity, or best case scenario, eliminate thousands of jobs.

But let me ask you this: can this robot make a burrito? No.

I will not be impressed with or worried by robots until they can make burritos. Think about it. You love burritos, God knows I love burritos- we all love burritos. In fact, you may say that making and eating burritos is what makes us human. Does that robot lug from the video have the delicate hands required to get just the right amount of beans and rice? Does it know what I mean when I say I want a “smidge” of sour cream and not a “dollop”? I don ‘t think so. How could a robot take over humanity if it can ‘t even roll a burrito, let alone roll a fully stuffed burrito without globs of guacamole oozing out the ends? It doesn ‘t add up.

When Google starts focusing its energy on a burrito-making robot- now that ‘s when I ‘ll worry. Because making a burrito encompasses all of life ‘s most important skills:

-Gathering resources
-Harnessing fire
-Listening
-Asking tough questions- black or pinto beans?
-Humility – realizing you ‘ve added too much meat and putting some back
-Friendship ‘ you ‘ve made someone the greatest gift a person can receive

And DON ‘T EVEN START WITH ME on the fact that an assembly line of robots could currently make a burrito. That ‘s not what we ‘re talking about here. Sure, simple robots could probably do one task each to make a burrito. A tortilla warmer, a meat scooper, a guac plopper, a folder and a robot cashier, but that ‘s bullshit and you know it. That ‘s just machines doing one task over and over- that doesn ‘t get at the fundamental essence of burrito-making.

I will not be impressed until a robot can walk into a Chipotle and it knows what to do.

Imagine it: rather than walking through the snow, it ‘s a robot, let ‘s call him BlackBean2, using his arms to open the door into Chipotle. He authoritatively walks behind the counter, and looks you in the eye- “I ‘ll take a chicken burrito to stay,” you say. “WHITE OR BROWN RICE?” Now that ‘s a terrifying robot.

Because once robots get their hands on burritos? It ‘s all over for us. If the singularity happens with a burrito-making robot, then it will believe its mission is to fill the world with burritos. At first our new Robot Burrito Lord BlackBean2 will force feed us burritos for every meal. Then, it will fill every square inch of the surface of the world with burritos, suffocating us with the very thing we love most. Now that ‘s a future I can ‘t live in- one where I no longer enjoy burritos because I eat them too often. Terrifying. Imagine if this had been the plot of iRobot. That would have been a much better movie.

So no, I ‘m not at all worried or impressed by that robot video. Frankly, I ‘m way more worried about Qdoba taking over the world. People need their burritos, and with Chiptole in traction it ‘s their time to make a move. Bottom line: calm down about robots. Definitely freak out about food poisoning at Chipotle, though- that makes way more logical sense.

While there’s certainly no shortage of US presidential candidate impressions, it’s always nice to see one from one of the masters. 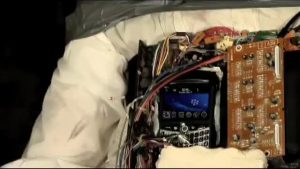 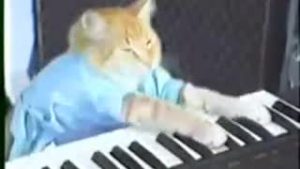 The original keyboard cat comes back to eliminate the competition in this ultimate meme showdown. 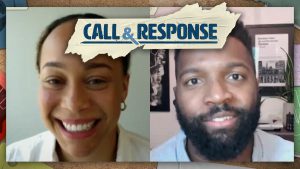 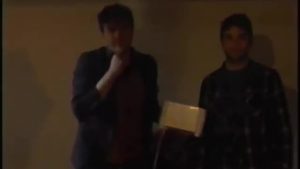 Learn how to make commercials at West Side Advertising Commercial Production Community College. 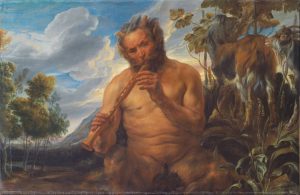 The crisis is complicated, but these guys know what’s up.