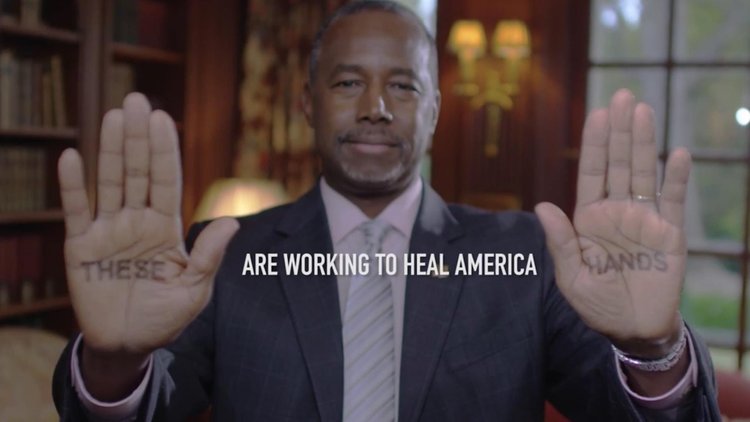 We all saw last night ‘s Republican debate where Ben Carson, the insane human to which I ‘ve been connected for the past 64 years, held me out to the audience and said, “A movie was made about these hands. These hands saved lives. America please join hands with me.” Please, if anyone out there is reading this, you gotta help me. I ‘m attached to a desperate, crazy person. I fear he ‘s going to make me do something awful.

Now I don ‘t mean to discredit the amazing things Dr. Carson and I have accomplished over these past years. All those child brains we opened up and fixed. We have saved lives together. Gosh, I wish that was enough for him. But something happened a few years ago, a divergence of opinion, and Ben has gone in a direction I simply can no longer condone, let alone comprehend. Honestly, I feel like I don ‘t even recognize the human I ‘m attached to anymore.

Take last night, for example. Ben says that he ‘ll pick Supreme Court nominees by looking at the “fruit salad of their lives.” Holy shit. What in God ‘s name is that supposed to mean? Fruit salad is a light, healthy side dish. Nominating a Supreme Court Justice to break the 4-4 tie is probably the most serious decision the next President will make. I ‘m just a pair of friggin ‘ hands, but even I know that ‘s not a “fruit salad” kind of decision. Some of my fellow hands even clapped after hearing that. You should all be ashamed of yourselves.

Imagine if, by some horrible twist of fate, he did become President?! Within two seconds, he ‘d make me press that red button, nuke China, then dance around the Oval Office singing, “Hee hee, I turned them all into fruit salad!” If hands could vomit, let ‘s just say I have a whole life time ‘s worth ready to spew across the room. Get this man off the national stage before he makes me choke the life out of Anderson Cooper because he wasn ‘t asked enough debate questions.

Because we all know he ‘s cracked before. We ‘ve all heard that story about him ‘Oh Jesus, I can ‘t even say it. About him making me stab his close relative. Sorry, I have trouble talking about that incident because it was so scarring. You think you know the guy who controls your motor functions, but then he makes you clutch a knife and lunge at another human being. Thankfully, at the very last second, somehow I was able to redirect the knife, not at his belly, but at his belt. Sure, I was just following orders, blah blah blah. But that doesn ‘t keep me from shaking every single time he makes me cut a cantaloupe. I swear to Christ, this nut job is one fruit salad away from a murder spree.

Not gonna lie, I ‘m insanely jealous of Bernie Sanders ‘ hands. How expressive and spry they are for their age, how in sync they are with their human. They move a mile a minute. But, alas, I ‘m stuck with my bat shit crazy host until this whole insanity ends. And I ‘m counting the knuckle-cracks until that day comes: When I can stop shaking thousands of clammy strangers a day. And go back to the usual: moving up and down ‘s Ben ‘s erect penis while he watches Grey ‘s Anatomy. 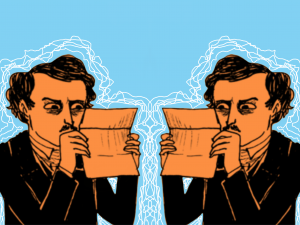 Have some lols to get you through the afternoon lulls

Yes, the iPhone 5s and 5c just came out, but check out these even newer models of iPhone. 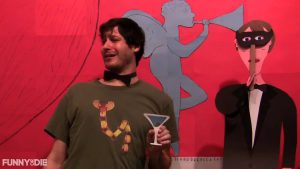 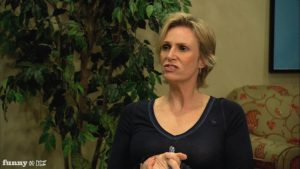 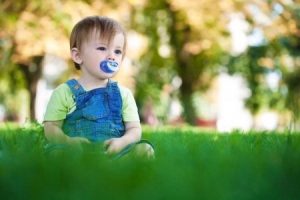 Forgot someone on your list? Luckily you have a 24-hour pass to the greatest store on earth: your body!