Tuesday is objectively the worst day of the week. It has none of the hope Monday offers, it isn ‘t hump day, nor is it Friday or Friday Eve. Tuesday is terrible.
But! This Tuesday, this one Tuesday of the year, we celebrate how awful it is and give it the twee little name ‘Super Tuesday.”

On this Super Tuesday, a bunch of primary elections are held across the United States in:

The numbers in parentheses next to these states that are voting today are not the number of crushes I have in each state, but rather the number of delegates up for grabs for the Dems (thats Bernie Sanders and Hillary Clinton for those of you who have REALLY not been paying any attention to this election.)
The bolded numbers in brackets are the delegates that could get caught in Trump ‘s wiry hair or snatched up by the remaining Republican dudes.

The numbers in ~tildes~ are how many crushes I have in each state. That all totals up to 661 delegates for Republicans and 865 delegates for Democrats that are up for grabs and ~2,714~ crushes who I could potentially fall in love with and marry.

Once citizens cast their votes, the delegates in the states will divide up roughly to represent the percentages allotted to the candidates. There ‘s a rule in the rulebook that no state can give a single candidate all of their delegates (winner take all.)
This is all pretty straight forward. People vote, the delegates then represent their state by representing the voters, and then we see who in each party has the most delegates.

But wait, come back! It gets a little more complicated. So there are these things called ‘superdelegates ‘ and despite the name, they ‘re like fine. Except they do sort of have super powers in that they are high ranking party (political, not frat) officials who can come out in support of a candidate independent of how their state votes. Right now, Hillary is rolling in superdelegates. They simply love her.

When all the votes are tallied this evening, there still won ‘t realllllyyy be a winner. But there will be losers, FOR SURE. Count on that.

What Super Tuesday is good for is seeing who the likely party noms will be. What ‘s interesting this year is that while Trump is seeded to win the most delegates, some Republicans are coming to their senses and calling out his bigoted ass and the GOP MIGHT be like ‘nah homie, we don ‘t want you.”

That is pretty much Super Tuesday. Lame right? NOPE! This is the one Tuesday that is Super, indeed. Voting is very cool and important and if we don ‘t do it Trump might become our president and that would literally be how the earth ends. 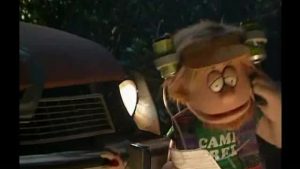 Check out the new exclusive thanksgiving short from Funny Or Die.

This found video appears to be Charlize practicing her Oscar win for Best Actress. With a creepy fake statuette she made. 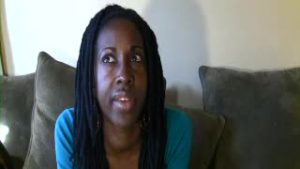 Looking for love….dating just got smaller and funnier