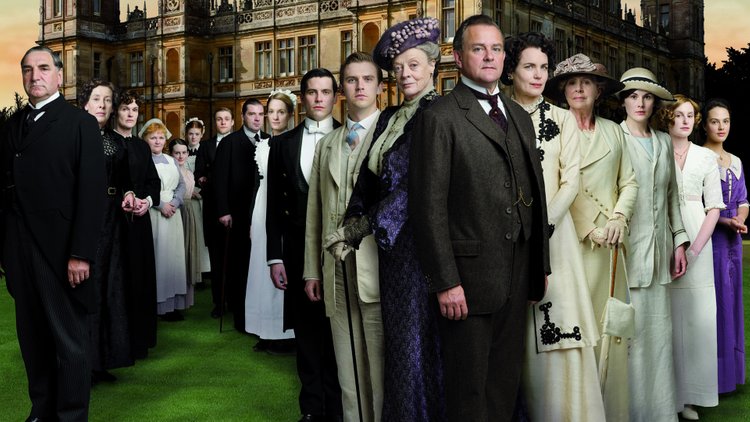 Over the last six years, I ‘ve come to feel like the Downton Abbey recaps are part of my family. Reading about the escapades of Lady Mary and Lady Edith has brought so much joy to my life. Way more joy than a dumb show about old rich people ever could. If you ‘re not already a recap fan, you have to know that these recappers are absolutely masterful. There is something so riveting about a talented writer going into extreme detail about a television show they ‘ve been assigned to watch.

I started out just reading the A.V. Club Emily L. Stephens recaps. I first read them when I heard about Downton Abbey and was wondering, “Is this show a direct Upstairs/Downstairs ripoff?” But the recap was so funny! Stephens is great- wry, to the point, vivid. Well, then the comments section led me to the Times recap, and then the Vulture recap. That made me look up the Wall Street Journal ‘s, and then actually Yahoo has a really whimsical one. After I read those I usually read PBS ‘s own recaps, Rolling Stone ‘s, The Guardian ‘s, The Baltimore Sun ‘s, Vanity Fair ‘s, Mashable ‘s, IMDB ‘s, BBC America ‘s, LA Times ‘, Daily Beast ‘s, Huffington Post ‘s, my friend ‘s Facebook page ‘s, Slate ‘s, NY Daily News ‘, and Starbucks.com ‘s. They all have amazing recaps- once you get into it you have to read them all. My co-workers say I never do my job and have a Downton Abbey recap addiction. I like to say I have a work hobby and a Downton Abbey recap job!

I ‘m just so sad to lose all of this. I ‘ve made so many close friends in the Downton Abbey recap community. I ‘m actually married to another recap fan that I met in the comments section on InStyle.com ‘s Season 3 Episode 4 recap. We completely agreed that any recapper who ‘s sympathetic towards Lady Edith needs to grow a pair. What will happen to this community when the show is gone? Where will CarsonSux254 and I hash out our disagreements over whether Anna is just boring or super boring? I ‘m really going to miss this show.

So what next? What will fill all of us Downton Abbey recappers ‘ recap-sized holes in our hearts? What will I do at work? My job? And what will happen to all the writers of these recaps? They were probably depending on those $150 freelance checks. I ‘m worried, because I feel like they ‘re my friends now, too you know?

Here ‘s what I say: let ‘s keep writing Downton Abbey recaps even after it goes off the air. And I ‘m NOT talking about fan fiction. That stuff is garbage. All we have to do is make up a story about what happened on the show, and then the recappers can explain what happened. This way, we can go on for years in the future, reading Downton Abbey recaps to our hearts content.

So Downton Abbey, I say good riddance. We don ‘t need you. While your fancy sets and elegant costumes will fade away with time, I will read my favorite Downton Abbey recaps to my children, and them to their children, and we will pass the wondrous bounty of the recaps on to generations to come. To conclude, in the words of Sarene Leeds of the Wall Street Journal, ” ‘Downton Abbey ‘ Airs Sundays at 9 p.m. ET on ‘Masterpiece ‘ on PBS. Follow our recaps all season long.”

Jon Stewart made an appearance at the WWE Summer Slam on Sunday night to beat the shit out of some wrestlers.

These guys are getting pretty sick of their office. Alex Mullen as Albert, Max Azulay as Milton Written by: Max Azulay & Alex Mullen Directed, shot, edited by: James Corbett 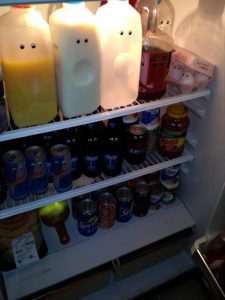 Everything in the Fridge Has All Eyes on You 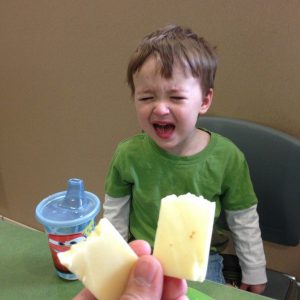 This Dad decided to document all of the reasons why his toddler bursts into tears and it is glorious. Check out his blog for more tears of joy, rage, and milk shortages: http://reasonsmysoniscrying.tumblr.com/ 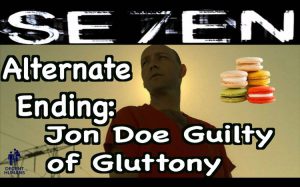 The workplace kitchen is no place for grand culinary experiments, especially when they involve coworkers’ leftovers.