Every week HISTORY presents ‘Join or Die with Craig Ferguson” and a panel of various esteemed guests, historians and most likely a comedian or two, to pit the greatest and sometimes worst characters in history against each other to see who is the king of their particular domain. This week: HISTORY ‘S WORST TYRANT.

This week Craig was joined by Julie Bowen, Dan Levy and Laila Lalami as they decided once and for all ‘ well let ‘s let Craig explain:

Yes! This week we decide who was THE WORST TYRANT IN HIST ‘oh Hitler? Did we already decide it ‘s Hitler? No, no. Come on. There are plenty of horrible, horrible people in history, and even though it seems like Hitler is a shoo-in let ‘s not belittle the terrible things these others might have also done. Give these tyrants some respect! Also, we ‘re not going to include Stalin to keep this a fair fight.

Let ‘s see who the competitors are this week: 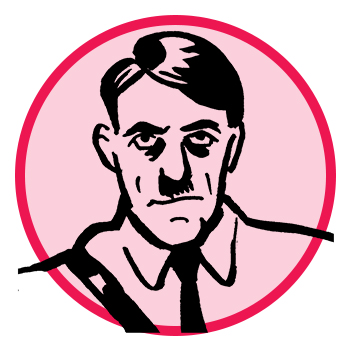 No tyrant list would be complete without Hitler. Even though it sometimes seems his lasting legacy is politicians loudly exclaiming that someone from the other party is “LIKE HITLER!” don’t discredit the mass genocide that he carried out. Not to mention WW2. And that moustache. 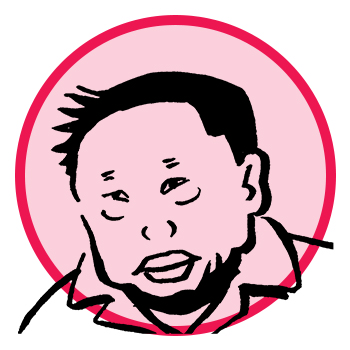 Pol Pot was responsible for the death of roughly 25% of the Cambodian population in the years between 1976 and 1979. Say what you will about how terrible that is, but he did accomplish more than Jimmy Carter in that time frame. 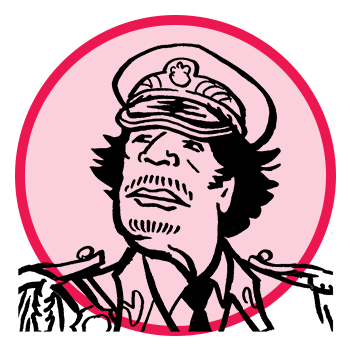 The Libyan dictator had a cult of personality surrounding him, which may have lead people to believe that Libyans actually liked him, but then the video of what they did to his body surfaced and that suspicion was quickly laid to rest. 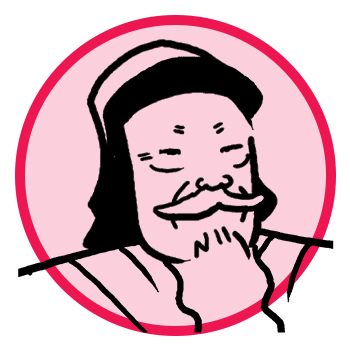 The Mongolian leader famously spread his power and seed across most of East Asia and Eurasia in the 12th and 13th century, murdering and raping as he went along. But it’s hard to get too mad at him, because there’s a good chance I’m related to him. 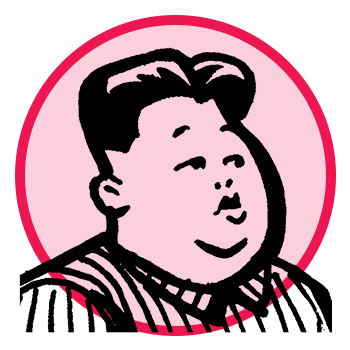 This Supreme Leader of North Korea wasn’t just the unlikely puppet star of Trey Parker and Matt Stone’s Team America, but he was also an oppressive tyrant of an entire nation! Unfortunately it’s hard to take him too seriously once you see his glasses.

Wow. It ‘s like a who ‘s who among notable residents of Hell.
What does the panel have to say?

What about Kim Jong Il? For all the nasty stuff we say about him in America I heard he was actually trying to do good for the people of North Korea, and tried to improve their living situation.

Genghis Khan. That guy has got to be included in the final two. He destroyed all of Asia, murdering the men and having his way with the women. Sure we ‘re also dealing with Hitler and Pol Pot but he ‘s gotta be there.

And as always, it comes down to two. We knew Hitler was going to make the cut, but the man running against him for worst of all time is none other than Pol Pot. Of course in this discussion the panel is forced to defend these monsters so it can be a fair fight. And yes, that even means defending Hitler.

Hitler or Pol Pot? The question that everyone debates at the pub after three beers.
The audience voted, and our winner for worst tyrant is:

Of course! Hitler. There is no surprise here, except for the fact that we forced the audience to vote for Hitler, and they ‘ll probably feel weird about that for the rest of their lives. 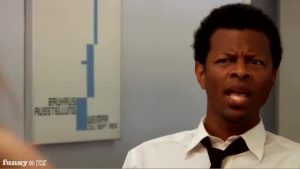 A day in the life of our favorite Russian whore/political consultant Svetlana. Written and Directed by Iris Bahr. The Svetlana series will premiere end of May on Hdnet. Visit irisbahr.org.

After having a 45-minute phone call with Dr. Ben Carson, Kanye West made an outlandish demand of the Republican presidential candidate via text. 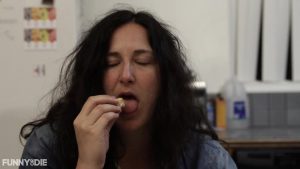 Megan Fox and Brian Austin Green speak out about the budget cuts affecting teachers and kids in California. 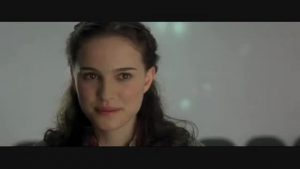 You gotta hear this song, it’ll change your life, I swear. 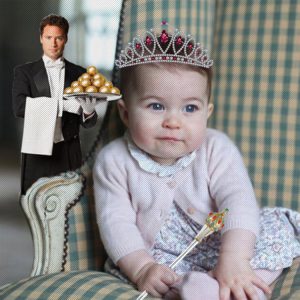 The baby’s a princess for crying out loud!