Today is the 2nd annual Funny Or Die NYC Drunk Day. This is what happened when we did it last year. We ‘re repeating the stupidity today.

We started drinking at 9 a.m. We ‘re pitching articles drunk, and then writing those drunk pitches even drunker. We have a few D.E. ‘s (designated editors) to make sure we don ‘t spill Guinness on our laptops or forget to actually upload the articles we ‘ve written to the site.

This is a real thing we ‘re doing. Here are the articles to prove it.

See below for both the self-imposed rules for today ‘s very important creative exercise and an ongoing update of how things actually went. Check back throughout the day.

THE RULES / PLAN FOR THE DAY

HOW THE DAY ACTUALLY WENT:

9:45 a.m. People are late. Only three of the seventeen people in our NYC office are on time.

10:20 a.m. Most people have trickled in by now, only 35 minutes late! The drinking begins!

10:24 a.m. Jason Flowers plays a song called ‘Irish ‘ by the band Tonic. People debate if Jason gets to control the music for the whole day or not.

10:47 a.m. Jenny and Kady Ruth make Bloody Marys for everyone.

11:00 a.m. The pitch meeting is supposed to be starting but people are distracted watching Nolan Ryan vs Robin Ventura baseball fights.

11:24 a.m. Josh and Zack decide the pitch meeting cannot start until we have ice for the cooler. Josh and Zack leave, announcing ‘We ‘re going to the ice store! We ‘ll be right back, we promise we ‘ll be back by 11:30! ‘

11:38 a.m. Zack announces it is time for the pitch meeting to start!

11:44 a.m. After six minutes, we have all moved from the office into the conference room and sat down. Zack shouts, ‘Alright alright alright! What do you got? ‘ and the pitches begin.

1:16 p.m. Managing Editor Dan finishes the first article of the day: ‘What Should I ask the Doula I ‘m Meeting With TOnight ‘

From the article:
‘It ‘s our first kid ‘ I HOPE IT IS A MALE CHILD BUT WHO KNOWS WE ‘RE LOOKING AT A 50/50 SITCH HERE ‘ so while we ‘re planning as much as we can, we (me) really don ‘t know what we ‘re doing. enter ‘ a doula The problem is that I have no idea what do ask a Doula when we meet with her later tonight. So like any good expecting parent, i asked a room full of comedy writers to tell me what to ask her. ‘

1:46 p.m. Article #2 comes in from writer Jenny Nelson: Everyone In The FOD New York Office Shares Their Most Memorable Drinking Barf

From the article:
‘JENNY:
The first time I ever barfed from alcohol consumption was when I was a sophomore in college. I had drank a bunch of bubble tea earlier (some background: My friends and I drank a lot of bubble tea in college, like several times a week??? Sometimes I skipped class to drink bubble tea) and then went to a gala thing for my internship where I got a lot of free screwdrivers, which I drank quickly like they were orange juice, and then when I got home I hurled a lot but my roommate Johanna who was babysitting my hurls told me that my barf had a lot of tiny boba balls in it and that it was cute, which basically taught me that there are no consequences to drinking to excess, because my boba barf is way cute. ‘

From the article:
‘Really, all things that we like are embarrassing when we think about them because human experience is so arbitrary. What I love about sports is that it has, SEEMINGLY, gotten rid of the scripted-NESS of entertainment, and it is real, honest to goodness, competition. It ‘s one person/team vs. another person/team and that is pure and, as far as you can throw it, HONEST. I love it! ‘

2:39 p.m. Article #5: Hi, here is the NY office against a wood panel background we had setup from the Castro shoot last night

2:56 p.m. People decide to take Nora to the dog park. Nora is a dog. See if you can spot where we ‘ve hidden her in this photo:

3:16 p.m. Senior writer Zack Poitras is sidetracked by a Wikipedia article about Ants.

From the article:
1. There ‘s Just Too Much Netflix
2. I ‘ve About Had It Up To Here With Donald Trump
3. Yes, Tacos Are Technically A Sandwich
‘

From the article:
‘Here ‘s all the reasons I love ants (by the way I ‘m not just looking up facts – this shit is from memory). ADDENDUM – I wikipediaed Ants.

4:31 p.m. Article #12: ‘I took a bunch of pictures of people working around the office with a massive telephoto lens without them knowing ‘

From the article: ‘Oh, are we getting meta now? ‘

6:23 p.m. Entire office is debating if Abraham Lincoln was the greatest American or not. Office is divided.

7:16 p.m. People are napping on the couches. I hereby declare Drunk Day 2016 over. Now time to leave the office and go drink other places.

Thanks for checking in! That was a fun one. Be safe and have fun out there!

Co-workers return from a weekend of camping.

Generally you don ‘t see this kind of behavior in a major work of art. 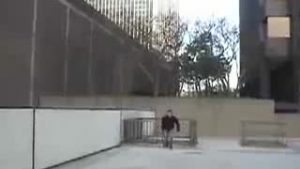 God talks to Satan about this season of NFL football. 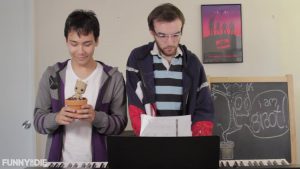 Groot visits Mudville to sing “Let It Go” from Frozen.