This is a recap of the Game Of Thrones episode ‘Home ‘ (season 6, episode 2).

See below for full SPOILER-ific recap!

Okay, before we get into it, here is a map provided by HBO ‘s own recap show ‘After The Thrones. ‘

If you ‘re a visual learner like me, it ‘s nice to see where all the chess pieces are on the board at this point.

Okay, let ‘s get into the episode ‘

This happens at the end of the episode and we ‘ll talk about it more later in this post, but come on, how can we talk about anything else before mentioning this news? JON SNOW IS ALIVE! Or at least undead. We ‘ll figure it out.

I love that Game Of Thrones can have me screaming with excitement just during the ‘Previously On ‘ because I know which characters will be featured in this episode.

The role that Bran will play is unclear, but we know his training involves the ability to use the old Tree God magic of the Weirwoods to travel back in memories to see his father Ned Stark as a young boy sparring at Winterfell with his brother (Bran ‘s uncle) Benjen and sister (Bran ‘s aunt) Lyanna.

And as a fun flashback bonus, we get to see a young Hodor, and learn that he is called Wyllis and that he used to be able to say more than just ‘Hodor. ‘

The Three Eyed Raven gives Bran a taste of this vision, but then pulls him back to the present Lois Lowry ‘s The Giver style. He knows that Bran could become too enamored with seeing all of his family alive and stay in the visions of the past forever, and lose sight of what he must do in the present day. Or as they put it:

Three Eyed Raven: ‘It is beautiful beneath the sea, but if you stay too long you ‘ll drown. ‘
Bran: ‘I wasn ‘t drowning. I was home. ‘

Ding ding ding! This episode ‘s name, Home, was name-checked by a character!

So, why are we being shown this backstory? Most likely it ‘s because we ‘re going to learn more about a storyline known in the books as ‘The Tower Of Joy. ‘ As Bran mentions, his father Ned never talked about his sister Lyanna much. That ‘s because it ‘s too painful for Ned to bring her up, on account of what happened at the ironically named tower:

Following the end of the war of Robert ‘s Rebellion (also known as The War Of The Usurper), Ned and his posse came upon the Tower Of Joy being guarded by some members of the Kingsguard and they brawled. Previously, Lyanna had been betrothed to Robert Baratheon, but was then abducted (for reason ‘s unknown) by Prince Rhaegar Targaryen (heir to the Iron Throne and older brother of our favorite Khaleesi, Danaerys).

After the battle, Ned found Lyanna dying inside the tower. From the next episode preview shown at the end of this episode, I ‘m guessing we might follow Bran watch this played out as a flashback:

Our time with Bran ends with seeing Meera being in a teenage angsty wasteland overlooking a frozen winter wasteland outside of the cave, because she is getting bored waiting around while Bran has his visions. A Child Of The Forest (or possibly extra from Cirque Du Soleil who wandered on set?) warns her that Bran needs her help.

Just when it looked like Ser Alliser Thorne and his lackeys were going to smash down the door and kill Ser Daavos and the rest of the folks hanging around Jon Snow ‘s corpse, ol ‘ Edd Tollett came through and delivered a Wildling army, complete with Red Beard Leader bonus card and Archer Smashing Giant expansion pack.

Thorne, Olly and the other Jon Snow stabbers are thrown in the cells.

Before we move on from Castle Black, though, just want to give a quick award for this episode ‘s funniest line, which comes from Davos. Usually Tyrion wins this award easily, but Davos saying ‘I ‘m not much of a fighter. Apologies for what you ‘re about to see ‘ as a rallying cry just before drawing his sword and preparing for a battle to the death is very funny.

King Tommen orders his mother to stay away from Myrcella ‘s funeral for her own protection and, in uncharacteristic Cersei fashion, she obeys.

In the sept at the funeral, Tommen gets whiny and worries that he is a weak king who won ‘t be able to protect the realm if he can ‘t even protect his own wife or mother. Jaime tells him to go speak to Cersei.

Next, the High Sparrow enters the sept and approaches Jaime as he grieves over the body of his incest-daughter and the two exchange some very testy words.

High Sparrow: You would spill blood in this holy place?
Jaime: Oh, the God ‘s won ‘t mind. They ‘ve spilled more blood than the rest of us combined.
High Sparrow: Go on, then. I deserve it. We all do. We are weak, vain creatures. We live only by the Mother ‘s Mercy.

At which point a dozen armed Faith Militant brutes emerge from the shadows. No blood is spilled today, but a Lannister vs Sparrow showdown is brewing.

Real quick, one last thing before we move on from the High Sparrow storyline:

6) The High Sparrow is Bernie Sanders?

An old white man with crazy hair who is fighting for the poor and mad at the rich and who somehow gets lots of young people to join his movement despite the fact that it might be against their material best interest? The High Sparrow is the Westerosi Bernie Sanders! Plus, he ‘s dropping quotes like this:

No doubt many of us would fall. But who are we? We have no names, no family. Every one of us is poor and powerless. And yet together, we can overthrow an empire.

As it turns out, I am not the first to make this comparison:

Why does @BernieSanders look like the High Sparrow? #DemDebate pic.twitter.com/aXkFwze2XB 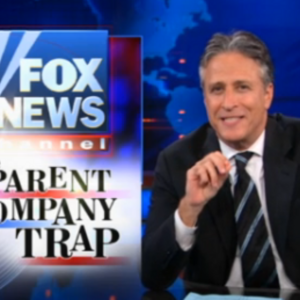 A valid proposition, Stewart. But where would we get all our unintentional comedy? 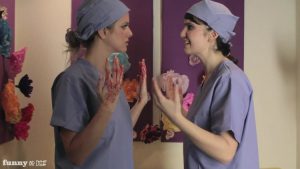 Risa and Christina, in an effort to prove to their dubious mothers they aren’t lesbians, join OkCupid and search for husbands. They will do anything for love. Including that. From the webseries AVAILABLE https://www.youtube.com/user/RisaandChristina In the first episode of Season 2, Risa and Christina get inside the head of an eligible doctor! 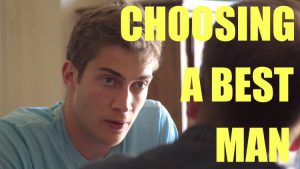 Choosing a Best Man can be tricky. 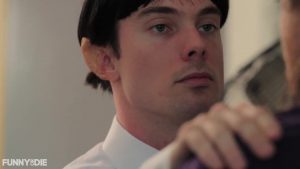 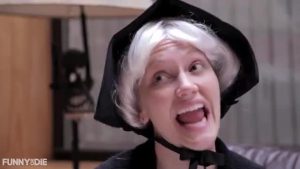