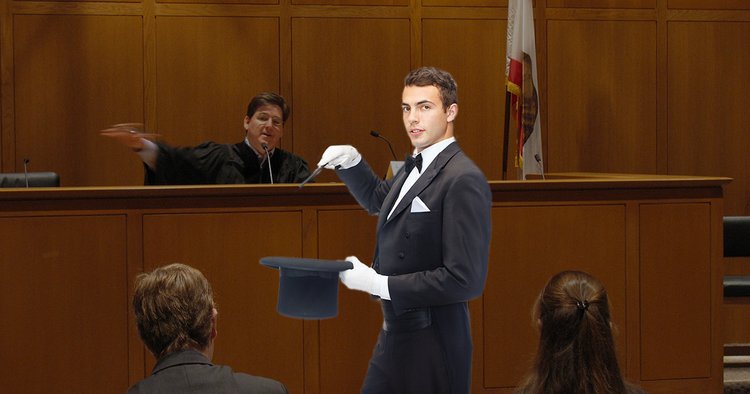 Your honor, this court is a travesty of justice! It is my right as an American citizen to be judged by a jury of my peers. It is also my right as a magician to believe that all non-magicians are worthless scum who don ‘t deserve to be in the same room as me unless they ‘re watching me perform! Therefore, unless you replace all of the members of the jury with magicians, I request a mistrial and that you let me bang your gavel three times since it looks fun to do!

Of course this trial was nonsense from the beginning. Accusing me, the Great Qdoba (I had the name months before the crappy restaurant, thank you), of stealing 98 doves from the city ‘s aviary is absurd! The only thing a magician steals is an audience ‘s wonder and awe. And maybe a few watches when nobody ‘s looking, but everyone checks the time on their phone nowadays, so who fucking cares?

Now let me tell you why these specific jury members are unfit to judge me.

Juror #1: Carol Oslo – She ‘s a schoolteacher which is not a magician.

Juror #3: Criss Angel – He ‘s a Mindfreak which is not a magician. Illusionists are not magicians. That ‘s like saying a soccer player is a football player, which is insane. Unless you ‘re in England. Then you ‘d be right to say that. That was a bad example. Fuck.

Whatever! The remaining members of the jury all have the same thing in common: they are not magicians, even if several of them are famous illusionists!

I recommend inviting the world ‘s top magicians to the courthouse to be jurors so the trial may begin. The easiest way to reach a magician is by whispering to the moon during an eclipse. But email works too. In a way email is like magic, since nobody knows how it works.

You refuse my request, your honor?

Fine! Yet, realize a great magician always has something up his sleeves, and in this case it ‘s ‘

That ‘s right, I admit to stealing the doves! And I ‘d do it again it again, too! Aviaries are just bird zoos and zoos are evil places that animals shouldn ‘t be in according to what annoying people tell me at parties.

It ‘s just a shame this court will never be able to sentence me for the crime, for I shall now teleport away with my magic!

That ‘s odd, my teleportation spell has always worked the zero times I ‘ve tried it.

Very well! Arrest me! No prison can hold a magician for long!

Criss Angel, will you bail me out? Please? 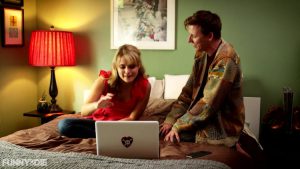 Join Zack as he barrels through the Hollywood buzz in the style of Mad Money, tracking the ups and downs of celebrity rankings in the Hollywood market. Because in the world of entertainment, everyone ‘s a number! 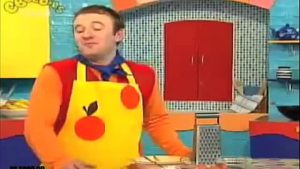 If only kids knew what they were watching. For more FAIL videos and pictures, visit http://failblog.org/

Be stronger than your strongest excuse. No matter how much it can lift. Start by watching morning motivation; it ‘s a lot easier than push-ups.

Jon returns home after surviving an avalanche, to deliver the remains of his best friend to his bereaved parents. The problem is, Jon ate him while trapped in the cabin, and his remains are not in the best condition. Directed by Adam & Dave. Written by Adam & Dave & Jon Dore.