Since this morning ‘s breakfast, there ‘s been a lot of discussion about what to have for dinner tonight. The choice for what to have for the biggest and arguably most important meal of the day has been hotly contested over the years in the Silver household and today is no exception. Here ‘s how the meal forecast is looking for tonight.

According to a 2015 Commerce Department report, Americans spend more on dining out than grocery shopping and the Silver household trends coincide with this statistic. 73.40 percent of our past 30 meals (excluding breakfast and lunch) have been eaten at restaurants, with a whopping 83 percent of restaurant food consumed at chain restaurants such as TGI Fridays and Outback Steakhouse alone. This is in sharp contrast to household data from 2014, when California Pizza Kitchen was our top eatery of choice, a decline that can directly be traced to a bout of food poisoning contracted after ordering the chain ‘s Chicken Tequila Fettuccine dish in November of that year. (It ‘s worth noting that there is currently only a .010 chance of a member of the Silver residence contracting a food borne illness at California Pizza Kitchen, but nevertheless, that slim chance has been skewing dinner choices over the past 16 months.) Without the Chicken Tequila Fettuccine sickness, my models were predicting a California Pizza Kitchen win in 71 out of 100 times in choosing where to go to eat. Factoring in a custom sickness-scale concocted for these purposes, those odds plummet to 3 in 100.

Of course, the main variable in choosing where to eat tonight has a lot to do with the concept of free will, which according to the Oxford Dictionary, is ‘the power of acting without the constraint of necessity or fate. ‘ Add in a equation that attempts to mathematically encapsulate the human power of free will and its effects on dinner choices and things get a little murky when it comes to the odds of going out to eat tonight. That ‘s not to say that the choice to go out to eat necessarily declines, but it doesn ‘t help going out to eat ‘s cause either. What it does hurt, however, is the weather taking place A) during the dinner decision making and B) during said dinner time. A day that has temperatures ranging from 65 to 78 degrees with dry skies increases the odds of going out for dinner to 80 in 100, while a wet or snowy day sees these odds decrease down to 38 percent (for rain) and 19 percent (for snow). Factoring in the effects of climate change over the next 20 years and a special climate change-dinner algorithm, the odds of the Silvers going out to eat decreases 2 percent year-to-year, a small yet precipitous decline if the trend continues for multiple decades.

The other choice for tonight ‘s meal is simply staying in and cooking something. The chances of this happening, while always high early in the day, traditionally tend to decrease as dinner creeps closer and the weight and assumed workload of preparing dinner sets in. Making tonight ‘s choice more difficult, without being home to check the fridge, is the fact that there is a mere 38 percent chance we are in possession of a meat such as chicken or beef. The statistic for whether or not we have side dishes on hand increase significantly, with an 80 percent chance we have a can of creamed corn, an 87 percent chance we have potatoes, and a whopping 98.2 percent chance we have broccoli since I could have sworn I bought some two nights ago.

However, despite the high odds for having a side dish, these smaller bites do not make a dinner and therefore is unable to satiate one ‘s appetite, especially considering today I ‘ve only eaten 2 eggs and toast (542.9 calories) and a blueberry Nutri-Grain bar for lunch (120 calories). With a personal total of 662.9 calories consumed today and averaging all calories consumed during the 2016 fiscal year, there has historically been a 64 percent chance the decision will be made to cook something and stay in for the night. That ‘s not to say it will or won ‘t happen, the it ‘s simply too early to tell whether or not that will be the decision for this specific day.

This is why you don’t invite your raw foodist friends over for Thanksgiving dinner…because it’s all they talk about! That and their super healthy nut and berry bowel movements. 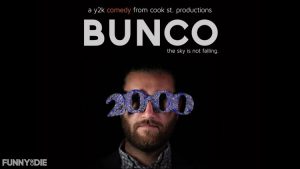 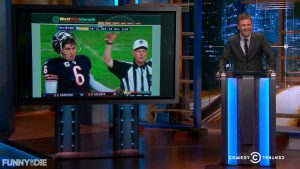 After seeing a screenshot of a celebrity in an awkward moment, Kate Micucci, Brandon Johnson and T.J. Miller guess what the star is thinking. Watch full episodes of @midnight now: http://on.cc.com/17MOT5T 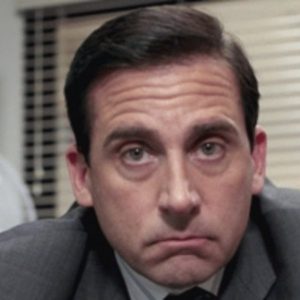 If only these ever saw the light of day. 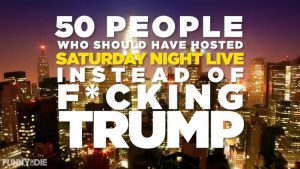 It would have been more appropriate for any of these people/things to host Saturday Night Live this weekend than wet trash overlord, Donald Trump. Shame on you, SNL. Edited by Dominick Nero – http://twitter.com/filminick 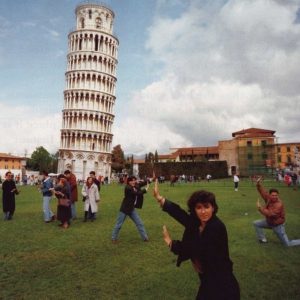