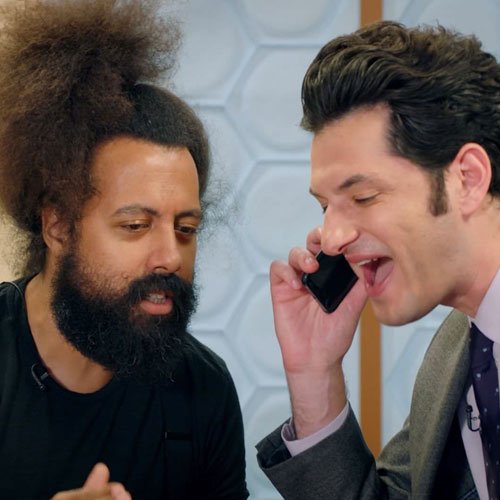 On the last episode of ‘The Earliest Show, ‘ the morning talk show so weird that it wouldn ‘t surprise me if there is a big reveal like ‘LOST ‘ and we find out that the whole thing is happening in purgatory, co-host Josh Bath got dumped by his girlfriend Emily on live TV. On the outside, Josh looks like he ‘s taking it pretty well ‘

But these five moments make it pretty obvious that no amount of dancing or impromptu scatting or covering your phone with your coat while you desperately call your ex can hide a broken heart.

1. He spent last night crying on a staircase.

Once again, Josh and Sam have to kick off the show with a little retraction of yesterday ‘s ‘big scoop. ‘ Turns out that there was no scientific study saying the best way to walk up stairs is sideways after all. This exactly is why we need to invest in maths and science, people! We need these kinds of answers. I bet Sweden knows all sorts of ways to walk up and down stairs. And Germany is probably 15 years ahead of us in figuring out the best spot to aim for in the toilet when you go pee. It ‘s a national embarrassment.

Anyway, Josh says he tried going side-saddle when he got home last night and only made it up one step before he crumpled into a bawling mess. I ‘m pretty sure that had nothing to do with how he was walking and everything thing to do with getting dumped, but until this country starts funding the research we ‘ll never know for sure, will we?

2. He calls Emily in the middle of the show.

Josh tries to prove that everything is cool with him and Emily by giving her a call, but gets the ol ‘ ‘half a ring and straight to voicemail. ‘ The denied call is the digital equivalent of getting a door slammed in your face. Except that no one just shows up to their ex ‘s house like a complete psycho anymore. They meticulously scroll through their mutual friends ‘ Instagram accounts until they can determine their exact whereabouts, like a totally sane and rational person.

3. He calls Emily in the middle of the show ‘ again.

Somehow, in the five seconds it takes Sam to give a shout out to Delmar City Zoo ‘s newest baby bird (in ‘bird language ‘), Josh manages to fire off another phone call to Emily.

Dang, Josh! Those nimble little fingers could be put to so much better use. You could be a brain surgeon, or one of those guys who dances with a Michael Jackson marionette on the boardwalk, but you ‘re just bugging the heck out of your ex with sleight-of-hand. Sam, how do you say ‘chill the funk out ‘ in bird?

4. He calls Emily in the middle of the show ‘ again ‘ while Reggie Watts beatboxes.

If there is one takeaway from this episode, it ‘s that Reggie Watts can make everything sound better, even Josh ‘s many self-delusional attempts to win back his ex. I never knew that the sound of someone beating a dead horse could be so groovy. And the same goes for Samantha ‘s little ditty about being ‘trapped in the TV. ‘ Very creepy, but very, very danceable.

5. Chef Tommy has to give Josh some straight talk.

You know things are bad when someone has to take time out of their Cap ‘n Crunch Grilled Cheese demo to tell it like it is.

Come on, Chef Tommy! It ‘s not like we ‘re expecting to learn how to cook anything. We just wanna see everybody throw a bunch food around. Quit bringing the heavy!

Don ‘t get too down, Josh. There are plenty of fish in the sea, some of which might even be receptive to scat-based voicemails. 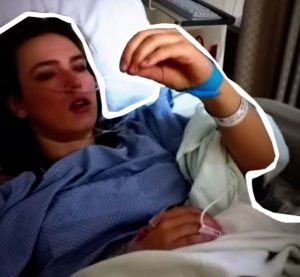 This year’s 5 hottest post surgery freakouts. LOL! Think of these as what came after “David After Dentist.”

A healthy diet takes WORK, friends. Or it doesn ‘t it just means not eating bread? Or bread is fine, but no eggs. Actually eggs are healthy again! 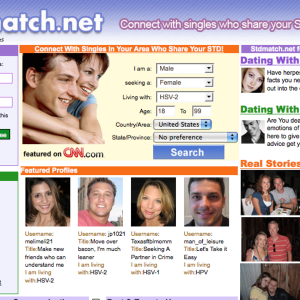 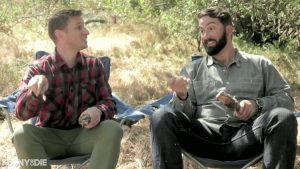 Memory and time are a funny thing. Especially when you’re whittling. flerpfilms.com