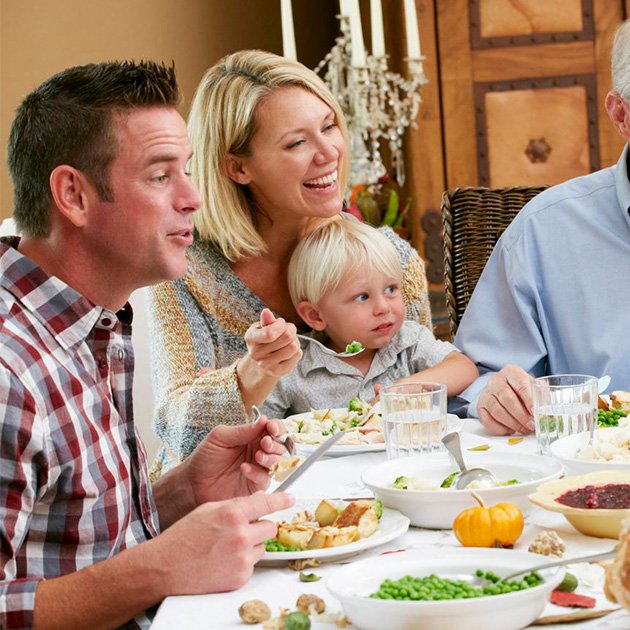 By: Scot Armstrong and Kimberly Harrington

This year we ‘re doing things a little differently. We won ‘t be holding our regular straight up racist Thanksgiving but instead we ‘ll be hosting an Alt-Right Thanksgiving. This is on account of Ben bringing his new liberal girlfriend over this year. But don ‘t worry it ‘s going to be totally different while being exactly the same in every way!

Actually “the same as before ‘ is a bit post-truth-y. We have changed a few things but you ‘ll find that the changes are essentially meaningless yet still allow us to deal with Ben ‘s new girlfriend while also setting the stage for us being way less honest!

Please be aware that if you plan to attend our Alt Right Thanksgiving, you ‘ll need to correctly answer a knock-knock joke at the door, or as we like to call it, “a loyalty test. ‘ Ha! This is how it will go:

What rhymes with white?

What rhymes with white who?

Alt-right and we don ‘t understand how jokes work, that ‘s who!

As you can see, this year I ‘ve sent out this super cute e-vite with smiley faces and stuff, instead of an e-mail in ALL CAPS. This is to avoid the reply-all issues we ‘ve had in the past. This year if you ‘ve got something negative to say about these dinner plans you ‘ll just have to say it to our faces which we all know will never happen!

Back to business, please bring the whole family, especially those white women who were particularly helpful this year. Also: you might want to wear your big boy pants (I mean, we know you always do, nudge-nudge) because we ‘ll be serving electoral college-size helpings of post-alive turkey and a wall of two-party-smashed potatoes with biodiverse swamp sauce! When the swamp sauce gets passed around get ready to yell, “Get back on the gravy boat! ‘ Just kidding but not really, because it ‘ll be hilarious. We ‘ll also have jellied post-fruit in a can and we ‘ve even decided to offer an alt-meat dish (who are we anymore?!) but don ‘t eat it because it ‘s for Ben ‘s social justice warrior girlfriend. As always we ‘ll still be “catering to our base,” so to speak.

This year we ‘re also taking the unusual step of adding extra poultry dishes to our menu. We ‘ll be serving skinless backboneless chicken which you can either have prepared Paul Ryan-style (cucked) or uncucked. Although quite frankly if it was uncucked it ‘d be President right now, wouldn ‘t it? Who ‘s gonna high five or Heil Hitler me on that one? Thank you!

You ‘ll notice that our daughter Sally made the place cards this year. Whatever you do, don ‘t sit in the spot marked with the Clint card. We like to keep that one empty in tribute.

We hear that our neighbor Ron is roasting a hog on a spit this year and he ‘s nicknamed it Chris Christie. That ‘s so Ron. He ‘s the kind of sore loser who deserves a conventionally-grown apple jammed in his own mouth. Anyway, in order to switch up our post-dinner activities this year, we ‘ll be playing Pin The Self-righteous Liberal Op-Ed on the Hog! Don ‘t tell Ron, it ‘ll be a surprise. Just like the election!

Papa here will once again be carving the turkey. Although I work three days a week in the meat department at Piggly Wiggly, I would never upstage our Glorious Leader on such an important holiday devoted to men conquering vulnerable populations while exponentially increasing obesity.

Quick note: You ‘ll probably remember that we usually call my liberal brother Steve “pussy. ‘ This year I ‘m telling everyone to just grab him every chance they get, especially when he least expects it or is being particularly earnest. Trust me, he ‘ll love it. They always do. Also: We told the kids to switch things up and call him “Beta ‘ this year. Oh man, this is gonna be great! Again!

For dessert we ‘ll have pumpkin pie, apple pie, a warmed Breit Tart, and a new addition this year ‘special snowflake cream pie. The special snowflake cream pie will be served with Neoreactionberry Sauce so we ‘re really looking forward to cutting into that one. Oh! Before I forget, Aunt Jess will be baking a loaded Glock 26 into one of them ‘you heard me ‘so good luck to all and, remember, that first bite could be a doozy!

By the way, Ben ‘s new girlfriend will apparently be bringing some sort of vegan coconut pie, which to me sounds like liberalism baked in a tasteless circular form but whatever! I wonder if she ‘ll serve it Hamilton-style, with a big ol ‘ lecture afterward. Fingers crossed!

Well, better wrap this up. But just be aware if you hear anyone pounding on the door during dessert DON ‘T ANSWER IT, it might be someone trying to take your pie gun away! Ha ha! NOT ANYMORE IT WON ‘T BE! It ‘ll probably just be my cousin Jack. He ‘s always late, it ‘s never his fault, he doesn ‘t really do what he ‘s supposed to, feels generally oppressed in every aspect of his life but we still give him 110% of his dinner and take the blame for whatever his shortcomings might be. It ‘s just how things have always been.

We look forward to celebrating the vast human biodiversity of our very, very white family this Alt Right Thanksgiving! And don ‘t forget, this year its BYOSheets. 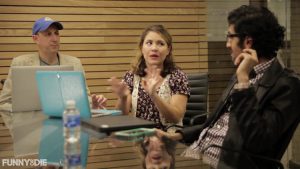 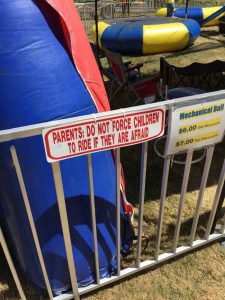 Sometimes odd signs creep up on you ‘look, there’s one right behind you! 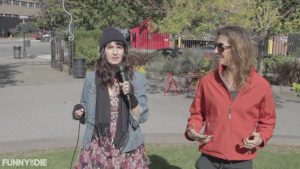 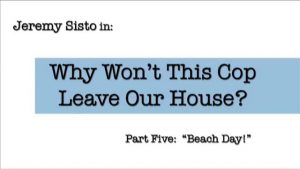 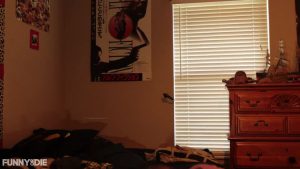 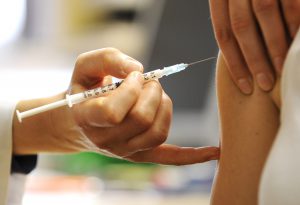