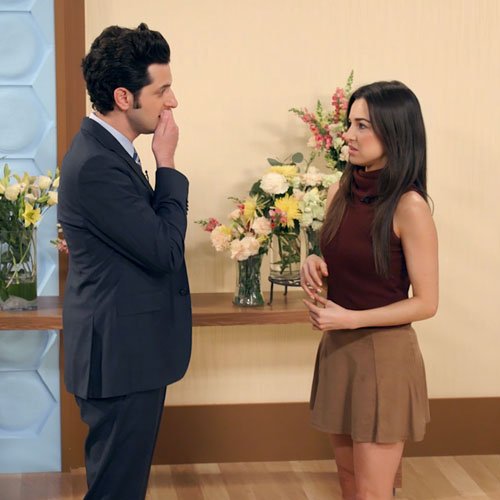 Well, it took a week-long, fully-televised downward spiral that included bird flipping, ugly-crying, manic bouts of dancing, and moments of paralyzing depression, but it looks like Josh Bath, co-host of ‘The Earliest Show ‘, is finally at a peace after getting dumped live on air by his girlfriend Emily.

You know, I never would have guessed it when Josh was demanding to be carried around the set like a baby or trying to fist fight celebrity guests, but I think the guy really learned some big lessons while he was grieving his relationship. Maybe he even came out better for it. Here are 6 moments that will make you want to bless the broken road that led us to the new and improved Josh Bath.

1. Josh steps up and apologizes to everyone who had to watch him lose his mind for a week.

It ‘s a real sign of maturity when you can admit that you messed up. Apologizing is so hard! I once spilled an entire cup of coffee down a stranger ‘s back and all I managed to say was that “it was unfortunate that mistakes were made. ‘

I guess most people feel like they shouldn ‘t have to answer for the “old them ‘ when the “current them ‘ hasn ‘t posted any butt selfies to Twitter. That all happened, like, TWELVE minutes ago. Why does everyone want to live in the past?!

2. Josh and Sam open up their hearts to their favorite punching bag, Producer Marc.

I guess the whole thing with Emily taught Josh that he can ‘t change people, because he and Sam are finally accepting Producer Marc for the lying, creepy weirdo that he is. They don ‘t care that he feeds them made-up news stories anymore, like that the famed and reclusive street artist ‘Bansky ‘ has been revealed to be a blind octogenarian from Queens. Instead, they embrace his more lovable quirks, like that it looks like he ‘s taking a dump whenever he ‘s thinking really hard.

If you ‘ve got a “Marc ‘ in your workplace, try to focus on their positives. I, for one, am going to start thinking of the guy who sits at the desk next to me as “Steve, the guy who lets me borrow his hot sauce ‘ and not “Steve, the guy who always wants to show me his knife-throwing videos. ‘

3. Josh gets asked out on the Social Wall Presented by Cap ‘n Crunch!

It ‘s good enough that Josh is willing to move on from Emily and start seeing some new people, but this has got to be the most charming instance of online dating I ‘ve ever witnessed.

From what I ‘ve gathered, most of the people looking for love on the internet are shirtless dudes whose main passion in life is determining if “u up. ‘ Sure, this Twitter user is probably a sexy chatbot that will steal Josh ‘s credit card information to fuel some Ukrainian hacker ‘s online blackjack addiction, but until the FBI intervenes, I ‘m just going to pretend that true romance still exists.

It seems like Josh ‘s positive attitude is rubbing off on everyone! Just look at this high-five sequence he has with celebrity guest Pedro Pascal!

The good vibes are so strong that at one point Producer Marc chugs down a cup of Pedro spittle just so the ‘Game of Thrones ‘ star doesn ‘t have to.

Marc was actually so willing to “take one for the team ‘ that I kind of wonder who ended up doing who a favor, you know?

This felt like when you see those people who act like they got stuck holding the door for everyone, but then they just keep holding it for more and more people and don ‘t make any effort to go through themselves. And in your head you ‘re like “you like this, don ‘t you, you sicko? ‘ and you almost don ‘t even want to go through because you know it ‘s just playing into their little game, but you do it anyway because the store is about to close and you ‘re tired of using your word-a-day calendar as toilet paper.

5. Josh and Emily see each other for the first time since the break up and the sensible sparks fly!

When it turned out that Sam ‘s big “surprise segment ‘ was just bringing out Emily so Josh could have one last shot to win her back, I thought we were headed for another train wreck. But the two of them talked it out and both agreed that they ‘re better off trying to be friends. Josh handled it like a real adult and didn ‘t even try to sing his emotions once, which is some real progress.

Was it the classic Hollywood ending? No. But love doesn ‘t always work like that. In real life, you don ‘t always “get her back. ‘ Sometimes, you just end up getting coffee a few times and running into each other at mutual friends ‘ birthday parties and you stop keeping in touch but you keep following her on Instagram because you like to make fun of the new guy in her photos and all of his stupid hats. ‘Cause he ‘s all like “Look at meee! Look at my big winter hat! It has ear flaps! I think I ‘m in ‘Fargo! ‘ ‘ Jerk.

6. Josh makes a heartfelt speech about taking risks and following your heart.

You ‘d think that after what Josh went through, he ‘d give up on love and just devote himself to model trains or brewing his own beer or whatever else people do to distract themselves from their own misery. But Josh is still a believer! And it ‘s his adamant defense of a keeping an open heart that gives Producer Marc the courage to profess his longtime love to Sam. See, Sam! Marc just hasn ‘t just been blankly staring at you this entire time for no reason. He ‘s been acting like a total freak because he ‘s in love with you!

Unfortunately, Marc finds out the hard way that big and sudden declarations of love are likely to end in big and sudden heart break. Next time, you gotta do a little more research as to how the other person feels before you go all in like that, Marc. I ‘m not saying that you should pass them a “Do you like me? ‘ note. That ‘s so childish. Just send them a vague text message at an unusual hour and see if they respond like all us mature adults do. 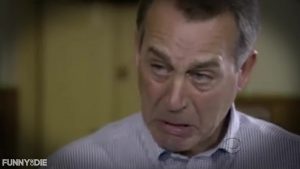 We say goodbye and pay respects to the tears of (former) Speaker of the House John Boehner. 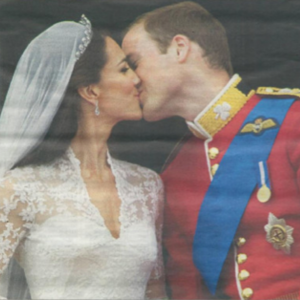 The execution may have required some second guessing, however. 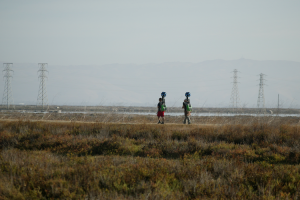 Desperate times lead a recent graduate to apply for a babysitting job with difficult children and a demanding mom. Visit http://www.Ourtime.org to sign the petition. 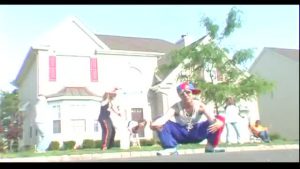 A music video from the hip hop group Cracked Out. 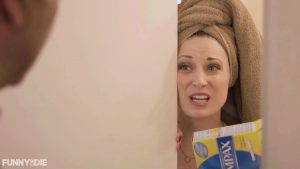