In professional sports, so much money is at stake that they employ people to take care of every single little detail. These are some of the lesser known jobs that just might get you thinking about professional sports in a different light.

1. The man who makes the meatballs.

Ball boys collect balls. Boy balls are balls made of boys. Players warm up with boy balls because they are heavier and more unwieldy than footballs, baseballs, and hockey pucks. Most teams just grab 2-3 of the smaller ball boys who are lying around, roll ’em up and go at it. But some teams, like the 2007 New England Patriots, notoriously had a set of triplets from a nearby Catholic boys school on retainer for whenever Tom Brady wanted to workout.

3. The one who handles the wets.

It may not be the most glamorous job in sports, but you might be surprised how well the one who handles the wets (sweaty jerseys, Diet Coke drenched coach ‘s slacks, just about anything that gets wet in the course of a game or practice) has it. After each game, the one who handles the wets collects all of the wets into a big pile in the middle of the locker room. From there he uses a pair of long tongs (from the meatball pot) to grab each of the wets, hold the wet high above his head, and swings them back and forth as fast as possible, drying them out. Some of the more experienced ones who handle the wets can get over 100 back-and-forth ‘s in a minute. Thinking waving wets above your head is NOT a good job? Think again, they earn $0.5k per game, which is pretty fucking good.

Anything that needs straps, this guy or gal is on it. Strap over in the corner of the locker room? Strapper ‘s on it. Straps at 3am the night before the Super Bowl? That ‘s the strapper ‘s responsibility. Straps at the club celebrating a championship? The strapper gets to go to that too! The 1985 Chicago Bears had 18 strappers, the most of any professional sports team in the Ditka era.

When players refuse to play by the rules, they get suspended or fined. But do you ever wonder who enforces those punishments on strong, fast, world class athletes? Their paunchy middle aged coaches? As if! A small Nordic tribe deep in the the Norwegian wilderness famously has the strongest, fastest trappers in the world. The trappers chase down, grab, and neutralize offending athletes until the proper authorities get what they need from them. American sports have made this tribe very rich. They all got X box 360 ‘s last year.

Just tap dances for the athletes ‘ entertainment. This is actually a terrible job though because the tapper gets NO respect and is often seen as sub-human despite their twinkling tapping toes. The 1998 New York Liberty famously hired and then unceremoniously fired 87 tappers over the course of their 4th place season.

A.C. Newman from The New Pornographers visits the world famous Brill Building in New York City and meets a pair of legendary songwriters. 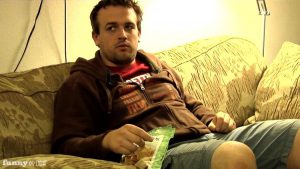 Jake’s mail pile has gotten out of control in Bedford 101 Ep.2. 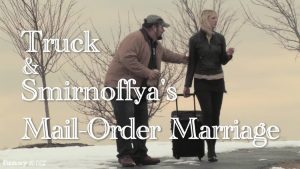 “Liberdy Park”- Truck Harris shows his new Russian Bride all the “Liberdy” that America has to offer and plans a little stunt to win her heart. Will he succeed?

People say money can’t buy happiness, even if you spend that money on a hoverboard scooter. 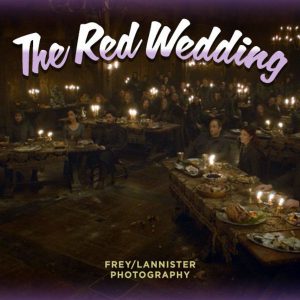 Relive the memories with photos by Frey/Lannister 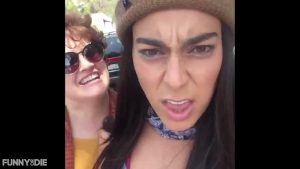