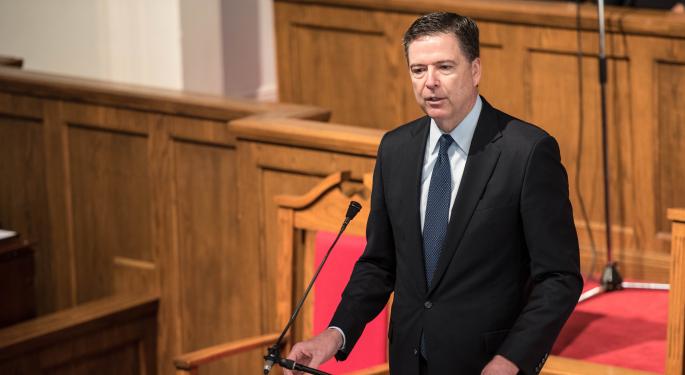 September 2016- Carter Page is forced to step down from his advisory role in the Trump campaign because of ties to Russia.

October 2016- Trump learns that you can charge 400% more for a golf club membership if you are running for president.

November 8, 2016- Trump learns that even being elected president can ‘t erase your deep-seated feelings of inadequacy.

November 10, 2016- Russian officials publicly claim to have had contact with the Trump campaign prior to the election. Trump learns that Putin ‘s pinkie swear to secrecy meant nothing.

December 12, 2016- Trump nominates Rex Tillerson, a businessman with long-standing ties to Russia, as his Secretary of State.

December 2017- Trump learns from Melania that some women have chronic periods so you can ‘t ever have sex with them.

February 1, 2017- Trump learns a new way to tie his bathrobe and who Frederick Douglass was.

February 2, 2017- Trump is sad to learn that Frederick Douglass is dead and that many people seem to already know this.

February 8, 2017- Jeff Sessions is confirmed as Attorney General. During confirmation hearings he denies meeting with any Russian officials during the 2016 presidential campaign.

March 2, 2017- Attorney General Jeff Sessions recuses himself from overseeing investigations of the Trump campaign ‘s collusion with Russia during the 2016 campaign.

March 2017- Trump learns a 3-wood can sometimes be used in place of a 9-iron, and you get unlimited mulligans when you ‘re the king!

Late March, 2017- Trump learns what Sean Spicer looks like when he cries.

April, 2017- Trump learns that with the press of a button, he can get an ice cold Coke delivered to his desk at any time. He tries installing similar button to get Melania delivered. There are technical difficulties.

May 7, 2017- Trump learns that James Comey has asked the justice department for more resources in the FBI ‘s Russia investigation.

May 8, 2017- Trump learns that FBI director James Comey will not swear a blood oath of loyalty to Trump, because it is against his ethics and because the knife Trump is attempting to use is still covered in the blood of Chris Christie.

May 9, 2017- Trump fires James Comey. His letter of dismissal cites a recommendation from Deputy Attorney General Rod Rosenstein. Trump learns why there ‘s a Spicer-shaped hole in his front hedges.

May 11, 2017- Trump tells Lester Holt that he had already decided to fire Comey before Rosenstein ‘s recommendation, and alludes to ‘this Russia thing ‘ as a possible motivation.

May 12, 2017- Trump orders a KFC $20 Fill-Up for lunch, then contradicts his own lunch order to see who will stand by him. John McCain momentarily considers calling him out, but he and all Republicans ultimately fall in line.

Today- What President Trump Still Does Not Know:

What collusion, if any, took place between his senior campaign officials and the Russian government. 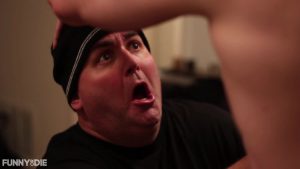 The gang is victim of a home invasion, and each recount what happened in their own way to a cop. 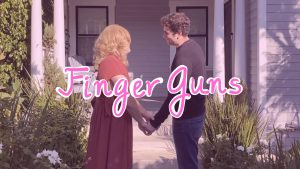 This one is for all our lovers

A Conan staffer learns about pi ‘atas, hotboxing the car, and more stuff that’s left out of drivers’ ed. 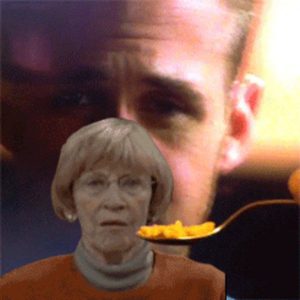 Let’s just hope she got there in time, you know, before the cereal got too soggy. These images are brought to by the internet jokesters over at Awkward Elevator. Check out http://awkward-elevator.tumblr.com for a healthy dose insanity. 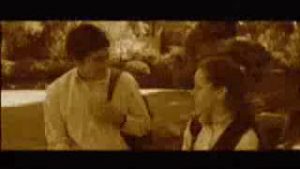