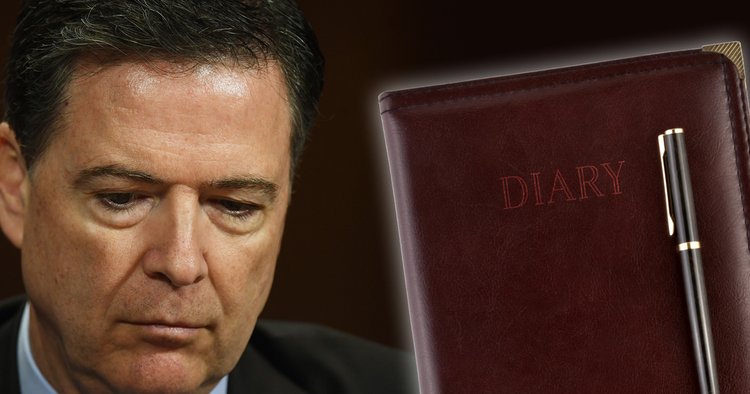 Dinner with T. He asked again. For my loyalty pledge. Like I ‘m totally flattered he wants it, but on the other hand, I ‘m a sworn, impartial arbiter of justice, so ughhhhh! Being the head of the FBI is complicated!

What do you call someone who is nice to you one second and asks you to private dinners, then is mean to you the next ‘ telling people you ‘re a ‘Showboat ‘ (umm what?!?)? You call them a BULLY. Yes, diary, take a breath. I have a bully.

Andrew McCabe says I should tell the Principal (Chairman of the Oversight Committee), but I don ‘t want to be a NARC. That ‘s pretty much the worst thing you can be. Also, here ‘s a scary thought, what if getting in trouble only makes T. angrier and MORE of a bully??? Things can have the opposite of your intended effect sometimes. Not everyone thinks about that.

This is hard (part 1). T. said something today that was so inappropriate, I had to pinch myself to know it was real. Let me set the scene for you, diary. It was a totally chill day. We were all hanging out in the Oval listening to a terrorism threat briefing. (I know, lame.) After it ends, T. asks everyone but YOURS TRULY to leave the room. At this point my heart is pounding a gazillion beats a minute. Once we ‘re alone, T. says we should put reporters in prison. I ‘m like, ‘Okay, weird. ‘ Then T. says, ‘I hope you can let this Michael Flynn thing go. ‘ WTF!!!!! That ‘s like asking a fireman not to put out fires, or the Mona Lisa not to smile. This is getting bad! Sometimes I wish he would just can me. I could go live in Paris,France, or be an NBA basketball player. I ‘m 6'8 ‘ ‘ by the way.

This is hard (part 2). Valentine ‘s Day. A day literally invented to screw with the minds of everyone in a relationship! I got Patrice a dozen roses. (Aww.) Her response? ‘Another thing that starts out vibrant and alive but quickly withers and dies. ‘ What did she mean by that?? Ugh, women are complicated.

Today I walked in the office, and to my surprise, a beautifully-wrapped present sat on my desk with a note from T. What kind of manipulative BS is he trying to pull, I thought. But guess what it was? A tee-shirt that said: ‘FBI: Female Body Inspector ‘. Hahahaha. LOL. I totally forgot it was April Fool ‘s Day! T. can be really funny sometimes. WAIT! Is this part of the manipulation?!?

So you know how I literally feel nauseous any time someone mentions Hillary Clinton? Well I finally told Congress that today. It felt good to just vent about that UGLY chapter in my life. I wish people would cut me some slack sometimes. It ‘s not like the fate of the free world rests on my decisions ‘ even though in this case it literally did.

It happened. I was fired, laid off, canned, sacked. There ‘s a million ways to say it, but only one way it makes you feel: BAD. But getting far away from T. will be good for me. I looked into flights to Paris, France,and they aren ‘t even THAT expensive. Now I just have to convince my parents to let me go. Good luck me! I ‘m going to take some personal time, testify to the Senate, maybe finally enroll in that basketball fundamentals camp.

Was at basketball camp working on some sick post moves when someone asked if I had seen T. ‘s new tweet about him recording our conversations. News flash, I hadn ‘t. But then I read it on the first possible water break. Here are my reactions in order. 1) Don ‘t try to out-FBI the head of the FBI. Duh. And 2) You NARC!

The Senate invited me to testify. Finally! I was wondering when they ‘d ask. I ‘m already planning what I ‘m going to wear. Either my Iverson jersey (RETRO) or a black suit and red tie. I feel bad about NARCING,but it ‘ll also be cathartic. Oh, that means getting something off your chest that ‘s been bugging you. I learned it in Level 1 English. I might stop writing in you for a while cause Congress is likely seizing all my written materials as evidence. If you don ‘t hear from me, it ‘s been real and that ‘s the deal. 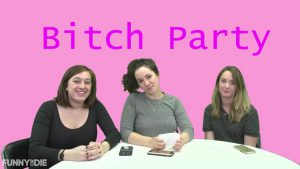 In this INAUGURAL EPISODE of Bitch Party Live, the girls speak to male comedian Ronnie, clean up their life with Marie Kondo, and are graced by the talents of Anastasia Petryk! 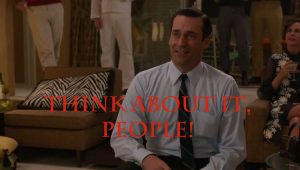 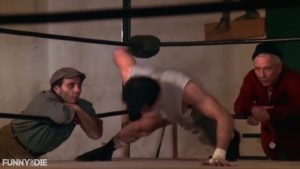 This Summer, from the studio that brought you 1800s Clueless, 1800s Legally Blonde and 1800s Heathers, comes the 1800s prequel you’ve all been waiting for. A video sketch by FRIENDBOAT!