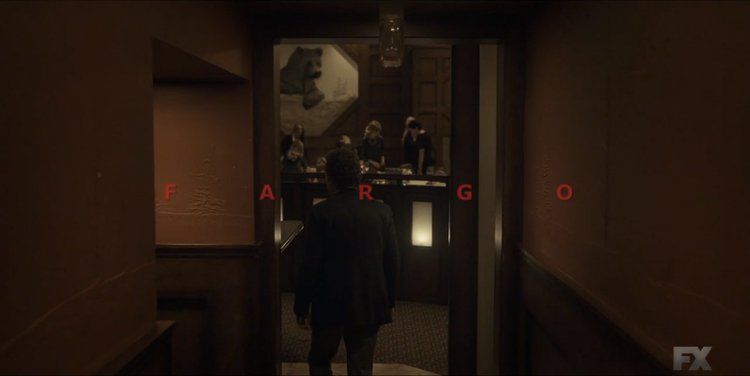 After last week ‘s shocking twist it ‘s time to slow down a little and catch our breath.

Just kidding, this episode is crammed with major events and huge character moments that all happen over the course of one evening. I thought the most thrilling Christmas Eve I ‘d ever seen was the year I got a Game Boy AND a Vanilla Ice cassette but this takes the coconut pie.

‘The Law of Inevitability ‘ states that any time I need to use the restroom badly someone will have peed all over the toilet seat.

Put on those jingle bells to ward off SPOILERS:

1) Meet Me In The Bathroom

Fargo is linked to the rest of the Coen brothers ‘ films thematically and coincidentally more than anything but tonight we got a reprise of one of my favorite moments from the movie when Nikki Swango tries to climb out the bathroom window to escape the cops.

I ‘ve thought about this moment every time I ‘ve ever used the restroom during a date that was going poorly. So all of them.

2) Who Let An Extra Walk Through The Title?

3) Stick to the plan

The Goddamn Parking Lot King of Minnesota is a different man now that his brother is gone. Sitting down to dinner with Sy and the widow Goldfarb he is all weird swagger and overstated confidence, even threatening to buy her out instead of the reverse. Sy sits at dinner watching this unfold like Mike Myers watching Kanye West go off about George W Bush on national television.

Moe Dammick is a man who doesn ‘t want things to be complicated. You mash a potato, you get mashed potatoes. You park in a driveway, you drive on a parkway. Simple truths.

Men who don ‘t want to make things compliated will believe any truth that is given to them. So it ‘s not surprising when he sits with Nikki and delivers to her, almost to a tee, the ‘truth ‘ of the story that Varga set up for us last week. Varga knows how many people there are in the world like this guy and that ‘s how he stays hidden, dangling people like puppets.

She is devastating in this episode. Nikki holds herself together through a total wringer of an episode, drug out of her hotel room, told her fiance is dead, shown pictures, then accused of doing the deed herself. Oh and it ‘s Christmas Eve. Winstead plays it with these small, controlled moments that tell you everything Nikki is thinking and nothing at all. This scene is SAVAGE. The moment Dammick gets to the part about her bruises, the pieces of the puzzle fall into place for her and that realization is so small but powerful.

Fargo has some of the best acting on television.

It ‘s been awesome these last two episodes to see Gloria finally take command of this case. Re-taking ownership of her status as Chief of Police ( ‘for the next eight days, ‘ Dammick helpfully reminds everyone) and start policing all over everyone ‘s asses has given Carrie Coon even more to work with and damn if she isn ‘t the boss here. It ‘s doubly frustrating to watch every doofus and small minded man around her try to push her aside or reduce her opinion. Another fun piece of Gloria and Winnie coming together has been watching Olivia Sandoval play the slow realizations Office Lopez has every time Gloria goes all in. During Gloria ‘s breathless and amazing breakdown of the case Winnie sits and stares off into the distance and we get to see her realize that, oh shit, her new friend is maybe the best police in the room, and maybe the state.

After outfoxing Varga last week Gloria gets a taste of her own medicine, bamboozled by every office she comes across in St. Cloud. After sending Winnie off to find Emmit she tries to pull her own bamboozle and talk to Nikki directly but the guard monitoring the lock up is all ‘I Don ‘t Think So, Honey. ‘

You know, Yuri makes a lot of great points, like ‘I ‘m not here ‘ and ‘you think you see me but your eyes are lying ‘ and **sounds of murder**. Not gonna lie – if I found him in the library reading by himself with a sickle I would probably leave too. That ‘s why we are all thankful I didn ‘t choose a career in law enforcement.

Oh, and what was so captivating that he had to stay after hours to read?

Sy tries like hell to end the lunch but Emmit is having such a good time putting his foot in his mouth that he won ‘t stop, going full Ayn Rand even shitting on one of Adam Smith ‘s most famous quotes.

I imagine this is what it feels like to work in the White House press office lately.

He ‘s so good in this role, and in general, that is great at being a bad actor. Watching him pretend and fail to be convincing about receiving the news of his brother ‘s death is uncomfortable and funny. There ‘s a point where it felt like Winnie was going to let it go but he ‘s just SO bad and laying it on SO thick that he ‘s practically screaming ‘cowboy take me away. ‘

And what part, if any, does the widow Goldfarb have to play in all this? She ‘s on the phone speaking to someone about Emmit ‘s behavior at dinner. Based off of evidence my favority theory comes from the FargoTV Subreddit, via six_ward_dumaine:

Goldfarb is a kingpin in all this. I think she was talking to [Varga] on the phone while Emmit was talking with the cop about his brother dying.

They shake up businesses like this and buy them on the cheap.

11) Take The Money And Run Redux

Emmit, in a haunting scene, admits he finally feels free now that Ray is dead. No longer is his life governed by decades old grudges or bad family ties or a wife. He ‘s alone now. And in that lonlieness he feels freedom.

His new side piece Varga uses the occasion to tell an old Christmas poem and even manages to make that sound like a pervert rolling around in oil.

Gloria keeps side questing through St. Cloud Metro to get to Nikki to no avail. This was as frustrating to watch as having to fish in Zelda games. Stop trying to make fish happen, Nintendo.

Nikki has an assassination attempt foiled by Gloria at just the right time. Gloria ‘s not fast enough to catch the kid from Road Trip but she is fast enough to get cuffed for firing her gun in the station. I ‘m assuming Varga sent him because everyone that hangs out with Varga looks like someone stretched the proportions of a regular person in odd directions.

For the first time every Gloria finds herself needing technology to prove her story but guess what happens when they check the tape?

It glitched! Gloria, I think you ‘re a great officer of the law but I am never letting you borrow my iPhone.

That ‘s all Nikki ‘s gonna say about it. After Officer Dickweed ‘s treatment of her earlier in the episode Nikki is going to only be helpful enough, and only then because she sees Gloria for who she is: the kind of officer that ‘s going to listen instead of talk at you and maybe bring you a coconut pie.

17) Throwing a Wrench in Things

Business has just picked up!

The prisoner transport bus drives right through the middle of Yuri ‘s Grand Theft Auto heist mission, flipping the bus and Nikki is O U T. No clue what Mr. Wrench is doing. Wrenching?

And like a wolf entering the henhouse Yuri climbs into the prisoner transport and starts cutting through the cage door as the show rolls credits.

By the time this episode was over I felt like I had been holding my breath for a full hour. I can ‘t believe how Noah Hawley and company continue to mine every single human emotion for maximum effect.

I am going to be on EDGE until next week ‘s episode which will look a little something like this: 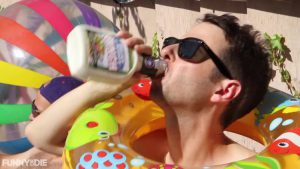 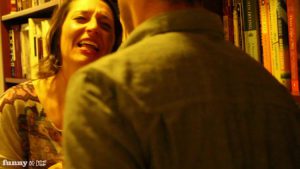 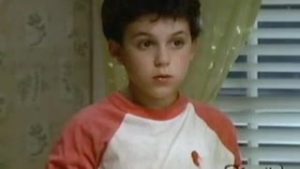 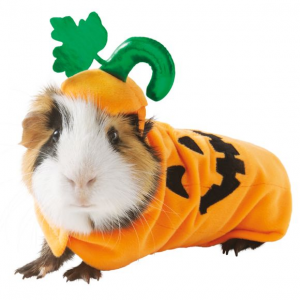 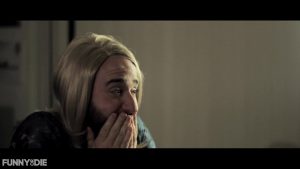 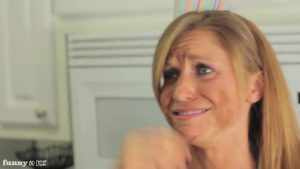