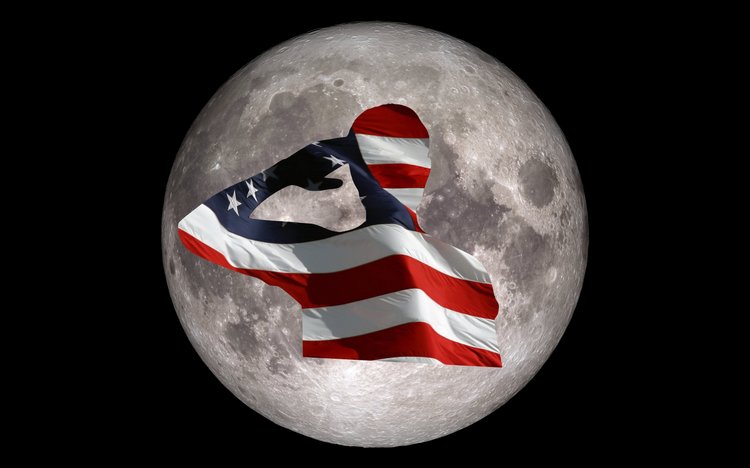 A true patriot from Toledo, Ohio has decided that enough is enough and that it ‘s about time we start respecting the most forgotten American flag in the universe: the one Buzz Aldrin and Neil Armstrong put on the moon.

Scott Long had an epiphany while exiting the Franklin Park Mall nine days ago. As he looked to the clear, blue sky, he couldn ‘t help but notice the moon, still visible even in daylight. As he looked at Earth ‘s little brother he couldn ‘t help but feel that, as a country, we have failed to honor the loneliest flag in our nation ‘s history: the one up on the moon. ‘I think I am obligated, nay, it is my patriotic duty to salute that dusty flag on the moon for 16 hours a day, ‘ Scott says in the middle of the mall parking lot, ‘if that means I lose my job, my family, and my freedom ‘so be it. ‘

This act of pure patriotism and bravery has not come without a cost. Since Scott spends 112 hours a week saluting the flag on the moon, he has been fired from his job as an instructor at the Toledo Sky Zone Trampoline Park. He explained that saluting the old, dusty moon-flag is his top priority saying ‘once I realized that it was up to me to salute that dot on the moon that is an American flag, I knew I had to put all the other things in my life behind me. ‘ That includes leaving his wife and his six-week old daughter alone while he stands, staring at the moon. When asked about abandoning his family to show constant respect for a piece of fabric on a foreign astronomical object he stated ‘hey, man, if the troops and the astronauts have to leave their families, why should I be allowed to be with mine? ‘ Amazing.

‘Losing my trampoline job and non-trampoline family is a bummer, but if I don ‘t salute that flag that is a million miles away from its home, who will? ‘

When asked what this display of selfless patriotism is meant to accomplish, Scott said simply ‘I just want those clowns in DC and Houston to launch another space ship up there, onto the moon, and bring that dirty space-flag back home. ‘ Scott claims that the flag on the moon has ‘done its service ‘ and that America should now ‘bring it back down, like Matt Damon in The Martian (2015). ‘

‘It ‘s so dusty up there, up on that rock. That flag must be so dirty and dusty. That poor, dusty flag deserves some recognition. ‘

We left Scott as we found him: alone yelling ‘bring back our boy”standing in a half empty lot while saluting a barely visible moon ‘ high in the sky. It ‘s not up to us to decide whether Scott ‘s radical actions are justifiable, but we will anyway. This man deserves a damn medal from the President himself. 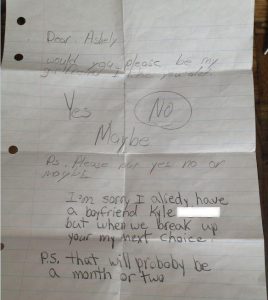 Girl Breaks Boy’s Heart, But Only for a Little Bit 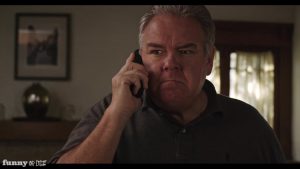 Looking to collect his ransom, this kidnapper finds himself between a father and son at VERY extreme odds. 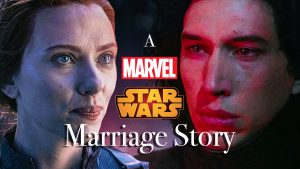 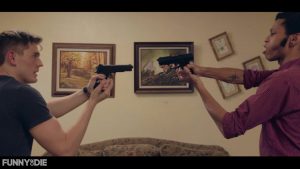