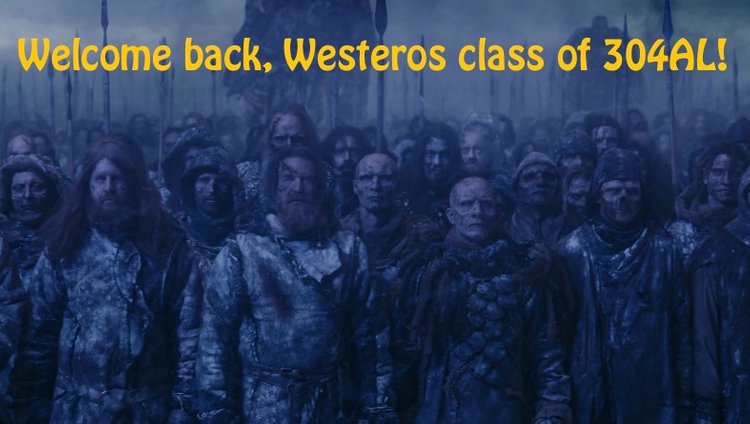 Last night ‘s Game of Thrones season 7 finale ended right where Benioff & Weiss wanted it to end: the White Walkers heading south of The Wall to sneak a peek at Jon and Daenerys doing it through a porthole. Before any of the events of season 8 are set into motion, we get to spend an hour and a half with the kids from Westeros High, some of whom are reuniting for the first time in years.

First off, everyone who ‘s anyone has gathered in King ‘s Landing so Jon Snow can demonstrate the undead, clackety enemies they ‘re facing up North. This means Cersei, Tyrion, Jaime, Brienne, the Hound, the Mountain, Bronn, and Podrick are in the same place at the same time for the first time in years. And up in Winterfell, Sansa and Arya Stark reunite in a gleefully sneaky Littlefinger-execution just as Bran and Samwell Tarly pool their knowledge and realize that Jon Snow is actually Aegon Targaryan (rightful heir to the Iron Throne). And to top it all off, intercut with that reveal is the wildest family reunion of all time: Jon and Aunt Daenerys doing what Targaryans do best. Yiiiikes! Talk about a “Blessid Union of Souls! ‘ (Is that what “blessid ‘ means when it ‘s spelled like that?)

Here are the 9 craziest reunions of “The Dragon and the Wolf ‘ – let ‘s see who missed each other the most!

1. The Reunion of Jaime & the Dothraki

The episode begins with an impressive array of Daenerys ‘s forces waiting to enter King ‘s Landing. The Unsullied stand obediently outside the castle walls as the Dothraki flood every available space between rows, sprinting in from wherever it is they hang out between battles. Up in the ramparts, Jaime and a newly knighted Ser Bronn spy on the armies that fully clobbered them a few episodes ago – and they ‘re powerless to do anything but threaten to fart in their general direction.

2. The Reunion of the Hound & Brienne

The first time they met, the Hound was escorting Arya through Westeros, Brienne was trying to rescue her in the name of Catelyn Stark, and their expert-level sword fight left the Hound close to dead. But at the Dragonpit Reunion, Houndy and Brienne act like a friendly divorced couple. They seem genuinely glad to see each other and catch each other up on their would-be daughter ‘s accomplishments with pride. “Can you believe our plucky little girl is all grown up and trained as a hired assassin? ‘ “You should see her face collection, it ‘s massive! ‘

3. The Reunion of the Hound & the Mountain

If the Hound can currently see visions of the Lord of Light in fireplaces, it stands to reason he may have seen something in there as a child that freaked the Mountain out enough to shove his brother ‘s face into the flames (hence his threat about the Mountain knowing who ‘s going to kill him). But what is the Mountain ‘s reanimated brain capable of understanding at this point? Does he even understand words anymore? And how ‘s his septa-girlfriend, btw? Did he remember their anniversary?

Dragons haven ‘t set foot (claw?) in King ‘s Landing for so long that people have forgotten why there ‘s even a Dragonpit there in the first place – it ‘s like they think the thing was designed just for jousting practice and bonfires! Where do those dummies think all the dragon skulls in the Red Keep basement are from? How does everyone stop believing in dragons after only 170 years without a sighting?

But I digress. Once everyone has settled into their place at the Dragonpit, Daenerys makes a special entrance on Drogon ‘s back, probably to test the limits of Cersei ‘s bladder. Cersei keeps a brave face, but it ‘s that smirky one where you know she knows she ‘s screwed. Just wait until she sees what ‘s in that wooden box.

It ‘s nice to see huge chunks of rock-wall crumble as Drogon makes his way down. It ‘s a good reminder that the establishments we think are set in stone can be eroded and destroyed at any moment (if you can find a big-enough flying lizard).

5. The Reunion of Tyrion & Cersei

Cersei has now seen a wight with her own eyes, and she ‘s seen what it takes to kill it – she ‘s just not sure she has to be the one to do anything about it. If Jon Snow isn ‘t willing to promise that he ‘ll stay neutral after it ‘s all over, then Cersei doesn ‘t see the point in sending her troops north.

So OBVIOUSLY Tyrion decides to go into a room alone with her (the person who hates him most in this world) and her personal hit man. Maybe Tyrion ‘s not as smart as we thought. I mean, he ‘s definitely dumb enough to fall for Cersei ‘s “oops I touched my pregnant belly and spilled the beans ‘ ruse (fig A). This allows her to pretend to have changed her mind about sending troops north, only to ‘not have changed her mind after all. Exciting stuff from Cersei, as always!!

6. The Reunion of the Stark Kids

Finally the Stark kids come through! Sansa and Arya have reconciled behind closed doors, and they give Littlefinger the surprise of his life: a double-cross execution. All season we ‘ve been rolling our eyes with Sansa while Petyr Baelish, Lord Protector of the Vale, doles out unwanted advice. He used to have his own stuff going on, but ever since deciding to retire in Winterfell, he ‘s become a real kibitzer. Sansa happens to take his last piece of advice (consider your enemy ‘s darkest motives) and use it on him. She pretends to accuse Arya of murder and treason, but at the last second she turns it around on him. He cries, and Arya carries out his sentence with lil ol ‘ Needle and a flick of the wrist. Afterwards, the sisters debrief on an upper parapet of Winterfell, and we see that they ‘ve literally risen above the BS.

7. The Reunion of Theon & His Balls

Theon ‘s tricky. He ‘s been a loser since we met him, and he killed two innocent children to gain the respect of a dozen useless Ironborn men. But he was also imprisoned, tortured, and disfigured by Ramsay Bolton. Earlier this season when Euron captures Yara, Theon is too chicken to do anything about it, but seeing Jon stand up for what ‘s right gives him a Stark-style kick in the butt. He ‘s going to save Yara, damn it, even if it means taking a brutal beating. Even if it means getting kneed in the nuts. Hey, wait a minute!

Lots of people have been waiting for a long time to see Jon and Daenerys get together. And lots of people watched them sort of snuggle naked next to each other for a minute last night. Was it everything they wanted? Was it sexually stimulating in any way? Did it help that Bran and Sam ‘s voices were working out the details of Jon ‘s legitimate birth over images of him slow-humping his aunt? I can only tell you what my reaction was:

9. The White Walkers & South of the Wall

And here we are, at the moment we ‘ve all been dreading since the show began: the White Walker army has breached The Wall and is heading south. Their blue-fire-breathing dragon has torn down the ancient structure that ‘s been keeping them out this whole time, and its protective magic has gone down with it. God knows if Tormund made it out alive. Hopefully Bran ‘s warg-vision can give Winterfell enough of a warning to protect itself from a vast army of frozen zombies ‘somehow. But to be honest? White Walkers, we didn ‘t really need to be dealing with you right now.

Westeros Class of 304AL: What a Long, Strange Trip It ‘s Been

Wow, guys. We made it through another season of Game of Thrones, and we did it together. In honor of the reunions that took place in “The Dragon and the Wolf, ‘ let ‘s take a page from the Westeros High Yearbook and remember what everyone accomplished this year:

Most Changed: Cersei Lannister. From childless queen who wanted to take her incestuous relationship public to pregnant queen who ‘s ready to have her brother/lover Jaime killed. Wow, that ‘s a real 180?, girl!

Best Best Friends: Sansa & Arya Stark. These sisters were never very close, but by the end of the year, their periods must have synced up or something. Because now they ‘re full BFFL.

Most Likely to Succeed: Jon Snow. This guy was already the youngest-ever Lord Commander of the Night ‘s Watch – and now he ‘s popular with almost every army, he has a super-cute girlfriend, and he ‘s the lawful heir to the Iron Throne. Somebody remind this guy to relax every so often!

Most Improved: Theon Greyjoy. Schools usually don ‘t condone fights, but we have to admit, we all cheered when Theon beat up Mean Beard Guy. Welcome back to the action, Theon!!

Class Clown: The Hound. C'mon, Sandy, you can ‘t tap on a wight ‘s travel-coffin and expect it to just lie there. Such a troublemaker! Who do you think you are, Corey Feldman?

Most Outgoing: The dragons. The dragons have really opened up this year! Going out to the battlefield, flying north of The Wall, and one of them even switched friend groups entirely. It ‘s good to see you let your freak flags fly, dragons 😉

Class Genius: Tyrion Lannister. OMG Tyrion should go on Jeopardy or something. He knows so much it ‘s like he reads spoilers or something. Remember when he used to hook up more, though? What made him turn into such a prude?

Faculty Favorite: Jorah Mormont. For a second there Mr. Mormont got kind of hot, right? Am I the only one who thinks that? Omg Tammy be sure to edit this one out before the yearbooks go to press.

Best Hair: Tormund Giantsbane. With Thoros of Myr out of the way, this one was a no-brainer.

Thanks for watching Game of Thrones with me over the past few months! And thanks for going along with that Blessid Union of Souls bit at the top. It probably shouldn ‘t have made the final edit.

Until next year – Valar Morghulis! 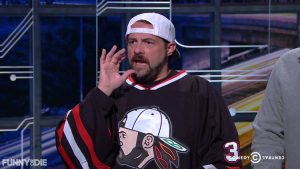 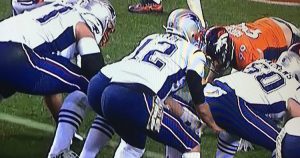 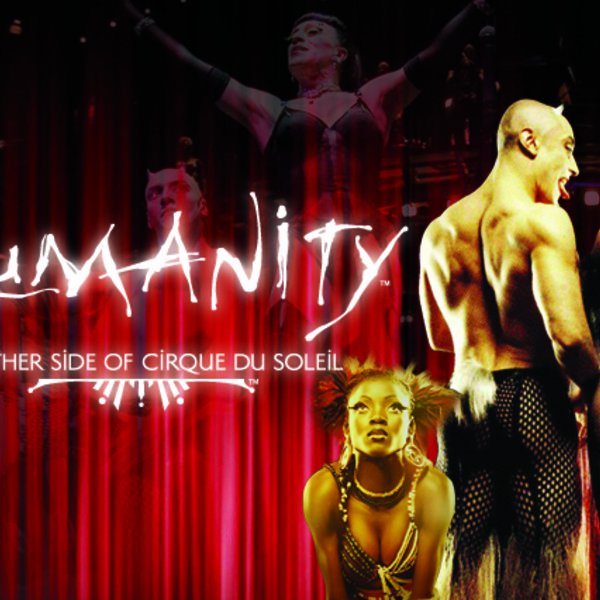 These pictures from Cirque Du Soleil will make you feel better about Zumanity. 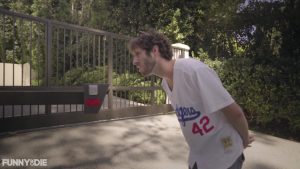 Lil Dicky tries to save some money on a new video. 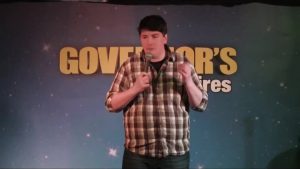 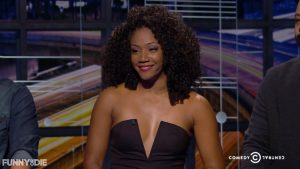