We all have a little bit of an idea as to the difficulty of getting your album to the top 100, but we ‘ve never seen something like this. In order to ramp up album sales, Ed Sheeran is singing loudly in his car while next to other cars at stop lights across the U.S.

Having started in San Francisco, Sheeran is taking a road trip around the nation on streets with the most stoplights. He plans on ending in Washington D.C., where he will drive around the Pentagon while singing “Castle On The Hill ‘ at the top of his lungs. Those who are getting to experience the magic of a free Ed Sheeran concert are raving:

The tour hasn ‘t gotten much traction so far, mostly because people often don ‘t realize popstar Ed Sheeran is in the car in the next lane attempting to serenade them. But Ed is not discouraged. He ‘s been posting his progress on his Facebook page:

And Ed Sheeran won ‘t even give up at stoplights. He vows to sing in car washes, fast food parking lots, and echo-y tunnels. If he needs gas, he ‘ll sing at the gas station. If he stops at a motel, he ‘ll sing for the tenants on the other side of the wall until dawn. The man is non-stop!

It ‘s so sad we won ‘t be seeing Ed Sheeran in NYC, but if he sang in his car through this city he ‘d get hit by a taxi. Best of luck, Ed! 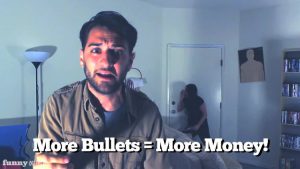 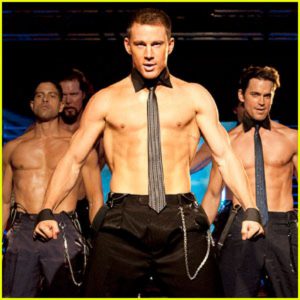 Ok, ladies. We’ve all laughed at how ridiculous the trailer is for Magic Mike and yet, here we are on multiple email chains with our girlfriends picking a showtime that coordinates with everyone’s cycles. (Cause what DOES Channing have to do to earn those $20s??) So now that we’re actually seeing the movie, we’ll need little white lies to tell our significant others so we don’t have to have that awkward 40 minute conversation of him just saying “Really? You? THAT movie? You? Really?” 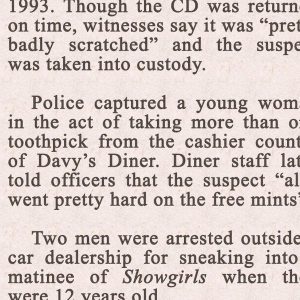 A woman was arrested for not returning a 2005 VHS rental of Monster-in-Law, but she wasn’t the only dangerous perp busted that night. 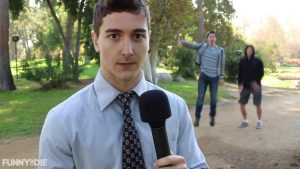 Things don’t always go as planned on camera, and many times that footage gets lost… not here at the New News News Room. 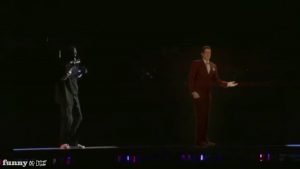 Check out the new Hololologram from week two of Coachellalala!