The premiere of Kevin Bacon ‘s feature film “A Duck Walks In On A Couple Having Sex, ‘ followed by a riveting behind-the-scenes of the film, in which Kevin and the cast detail the painstaking, yet artistically rewarding, process. Also starring Lauren Cohan, Justin Long, and Kyra Sedgwick.

Kevin Bacon ‘s directorial debut accompanied by an eye-opening look at what took place on the set will teach you things about the unpredictability of life. Because just as Justin Long and Lauren Cohan are about to consummate their love, the inexplicable happens:

A duck ‘ yes a duck ‘ ‘bathed in light shining brilliant on down feathers, inquisitive look in beautiful eyes ‘ ‘quacks at this innocent couple trying to bump uglies and GET IT ON. The moment demands cinematic brilliance. At least 100 takes.

Legend has it that when KB (Kevin Bacon, er, MISTER Bacon to us), read the script, he was so moved by it, that he needed time. He needed some alone time, because he needed to cut out all that dumb dialogue and blah blah blah and get to the heart of the film: this duck, this intrepid waterfowl, walking in on a couple having sex. ‘

Intense. Challenging. Sexual. Plus there ‘s a duck.

Was it easy to make such a masterpiece? Hell no. But as Mr. Bacon himself asks, while clothed loosely in a plush bathrobe, “What ‘s the point of shooting a film and not making it perfect? ‘

Watch as Kevin Bacon and the cast detail the painstaking, yet artistically rewarding, process. 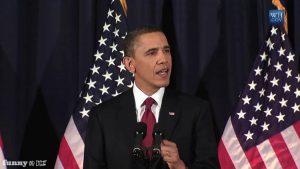 President Obama must have something else on his mind because he sure is having trouble pronouncing “Libya”.

The latest Funny Or Die poll reveals that 99% of those claiming to be Trump supporters are only fucking with him for their own entertainment. 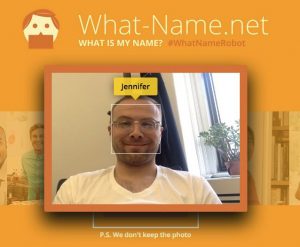 Funny Or Die has made an incredible new website that automatically scans your face and tells you what it thinks your name is. 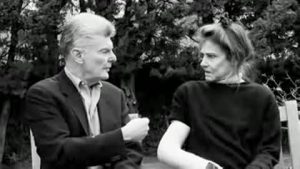 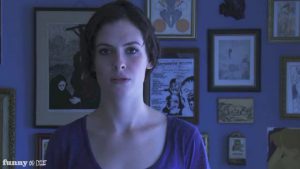