Blake Griffin announces his retirement from comedy in the saddest press conference in the history of the universe.

Watch the rest of ‘Blake Is Doing Music Now ‘ below:

Blake Griffin Is All About The Music

Episode 4:
A heartwarming ballad about ‘stuff. Brought to you by Blake Griffin Jeff Ross, Craig Robinson, and Jack McBrayer. 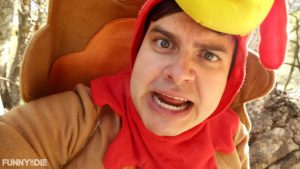 Here at CHECK 15, our goal is to create a Monthly Cancer Awareness Day. On the 15th day of every month, we’ll be hitting the internet with a reminder to break down barriers around the cancer conversation (with a healthy dose of humor). This month, someone has shocking news just in time for Thanksgiving… And some less shocking but more truthful info about nutritional values in the fight against cancer. FOLLOW US @ http://www.facebook.com/CHECKfifteen http://www.twitter.com/CHECKfifteen http://www.instagram.com/CHECKfifteen Directed by K. R. Smith Written by Scott Heaton & K. R. Smith Cinematography by Mike Stanislawski Starring Scott Heaton as “The Turkey” We do not own the rights to the music selections used within. This video falls under the factors of fair use. This video was created for non-profit & educational purposes. MUSIC: “WTF (Where They From)” by Missy Elliott “Fallout 3 Theme” by Inon Zur *That’s not true at all.

Bernie, Mighty Bernie, has struck out. Or has he?? 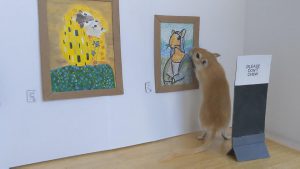 This is TOO MUCH. TOO MUCH, I SAY 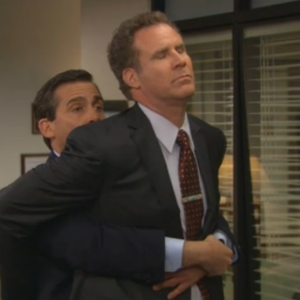 Supporters of Republican presidential hopeful Donald Trump discuss what it is about him that is so sexy and why they think his dominant personality will make him the best choice for president this year.