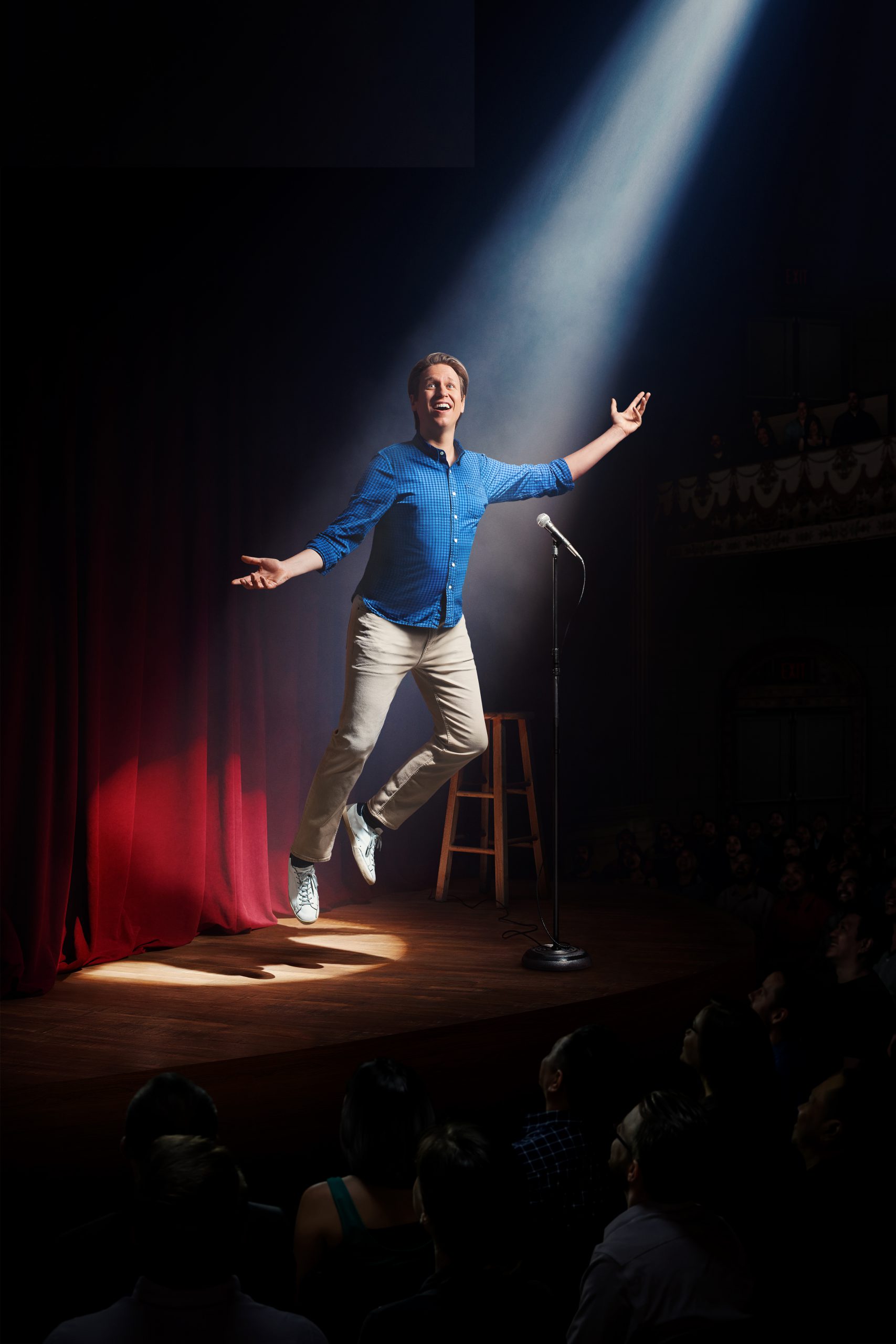 Laugh in the face of adversity – it ‘s easier said than done. But when you ‘re a comedian, it ‘s your only option. And when you ‘re Pete Holmes, it ‘s an option you ‘ll revisit over and over again.

Pete may spend a lot of time failing, but he also spends a lot of time learning. Here are 10 life lessons he ‘s learned during the first two seasons of “Crashing. ‘ Let his pain be your gain.

A house, a car, food on the table, an XBOX in the bathroom…when your basic needs are covered in a marriage, it can feel like you can coast. But relationships aren ‘t made for autopilot. Pete learns this the hard way when he walks in on his wife getting it the hard way from a crunchy boi named Leif.

Pete sleepwalked through the last few years of his marriage, not recognizing his wife ‘s unhappiness because his needs were met. If you don ‘t check in with your significant other (like Limp Bizkit!), they might find other ways to satisfy themselves, like doing it all for the nookie (also like Limp Bizkit!).

Stuff is stuff. But when that stuff is our stuff, it ‘s not just stuff, it ‘s feelings. Emotions. A lifetime of work!

But there comes a time when the baggage of stuff is just too heavy and you have to let it go. Jess knows this when she sells her and Pete ‘s stuff in a yard sale before her planned move to Tampa. The problem, though, is that one of those dressers had several of Pete ‘s joke notebooks and those are pretty much all he has left to his name at this point.

So let ‘s revise – let go of the past but make sure there aren ‘t any important notebooks in there before you do. Otherwise you may have to team up with the guy that banged your wife to get them back from a cranky old man.

We all want to do it for many reasons – to avoid disapproval, to avoid punishment, to avoid friending them on Facebook. But it never ends up well, like Icarus when he flew too close to a lie. Pete begs Jess to have dinner with his parents because he still hasn ‘t told them that he and Jess are getting a divorce. Jess, a little stoned, spills all the tea, about the marriage and that Pete ‘s relationship with his mom is weird.

That ‘s a good sub-lesson: if you ‘re going to bring your ex to dinner with your family, make sure everyone is sober first. Otherwise they ‘re gonna talk about your weird relationship with your mom.

None of us has all the answers, not even Doug, the guy in the old Starter jacket who stands outside Starbucks claiming to have all the answers. That means you gotta ask questions and never stop asking questions. It ‘s the best way to grow. Penn Jilette teaches Pete this big life lesson during “The Atheist ‘ when their talk about religion makes Pete consider why he ‘s such a devout Christian. It ‘s also why Pete goes out and gets blasted, has a great set and gets laid.

Now THAT ‘S a book of Revelations!

We all feel emotions; just ask Mariah Carey. The important thing is that you feel them in the moment, then let them go. Emotions have an expiration date, like milk. And they curdle if you leave them bottled up too long, like milk. But they taste terrible on cereal, unlike milk.

Anyhow, point is you gotta let ’em out. When Pete runs into Jess during “Porter Got HBO ‘ she tells him her therapist recommends screaming as trains whiz by to release anger and stress. Pete thinks this is crazy talk – how are you gonna have any time to bake pasta when you ‘re yelling at trains?

6) Take a Night off Every Once in a While

We get by with a little help from our friends. That ‘s just facts, Jack. And also everyone else reading that is not named Jack. Artie was the first comedian to give Pete a helping hand even though Artie has some very dark demons of his own.

But no matter how much Pete wants Artie to get his shit together, Artie isn ‘t ready. He no-shows a benefit to score some drugs. It leaves the crowd at the show disappointed and cascading Pete with boos. When he confronts Artie later at the Comedy Cellar, Artie tells Pete to get lost. Artie knows he ‘s in the dark but he ‘s not ready to leave it. No amount of external goodwill can make him do it either.

It ‘s a sad, true life lesson. You can throw a lifesaver in to the ocean but you can ‘t make a drowning man catch it.

Just Do It. Austin 3:16. Employees Must Wash Hands Before Returning To Work. Just a few of the most iconic catchphrases of all time. They ‘re punchy. They ‘re short. Most of all, they ‘re marketable.

When he gets to the NACA convention in “NACA, ‘ Pete realizes he just needs to be remembered to get booked. And the only thing better than the human brain at holding a memory is human merchandise. So Pete drives to a gas station, buys up a bunch of blank shirts, and scribbles a nonsense catchphrase on them to pass out. BOOM! Instant merch.

The side effect of this lesson is that your more-radicalized girlfriend Ali may get upset at you for playing the game and so frustrated that it worked that it fractures your relationship. And then you have to sit in silence the whole ride home – her upset that you sold out and it worked, you upset that she won ‘t wear your merch.

The world can tell when you ‘re forcing it, onstage and off. A lot of “Crashing ‘ is about getting outside of your comfort zone to become the person you want to be. But there are times when you have to stay true to your school, aka You University, aka You U.

At the end of season 2, Pete is invited to be part of a roast battle, which is a style of show where comedians allow other comedians to insult them in front of a crowd (because punching yourself in the dick on stage isn ‘t technically considered comedy).

Pete edges past the first round, and in the second round faces Ali. The pair air out some of their issues on stage in joke form and Pete goes in hard, earning him a win and a trip to the finals. Ali laughs it off but Pete hates how he feels afterwards. He didn ‘t get into comedy to hurt people. Realizing this is the culmination of several other issues, Pete and Ali break up. Even after all his growth and change, Pete realized that not everyone will live their lives the same way, and that ‘s okay. But if you live for someone else, if you ‘re trying to be someone you are not for the sake of others, the judges will call you out and you will get ROASTED. By life. 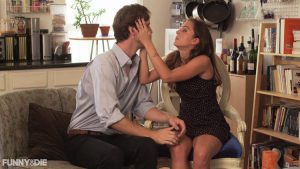 Being In Love…According To Bridget 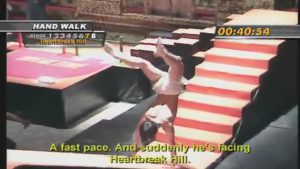 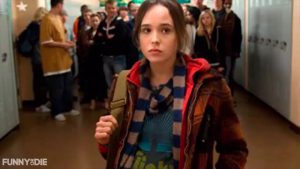 Grab your birth control because Planned Parenthood is going out of business! The dark day are upon us….but we can still have a sale! 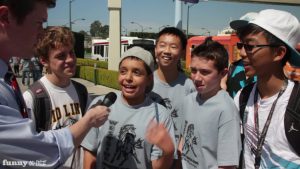 Andrew and his brave Tea Party Youth LA team go into the bowels of darkness, Disneyland itself, to fight for justice and to boycott Aladdin once and for all. Join the fight at http://www.BoycottAladdin.com! Or else they win. 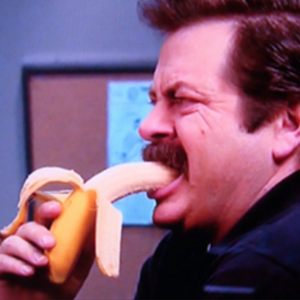 These GIFs are really ripe, so check ’em out before they start to turn and you can only use them in a cake or whatever. 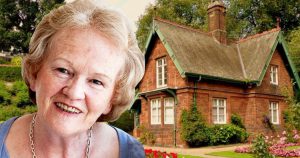 Bed and breakfast and kisses!