A short film about the intersection of race, gender, and fairytale dog-men.

Disney has had more than a few missteps in its past. And not just because of that super weird and creepy blue Will Smith genie. And while media often reflects culture, culture is just as often shaped by media, which underlines how important is that organizations, storytellers, artists, and filmmakers be aware of the role their work plays in this equation, as well as consider how that work might be perceived in the future. And, given the recent blowback on Aladdin, it looks like the time could not be more right.

But what we love about this video is that it does this in such a fun way. It ‘s not preachy or pedantic. It ‘s spot-on, and just very, very funny.

This fairy tale ending puts your biases to the test via the super funny Dhruv Uday Singh. 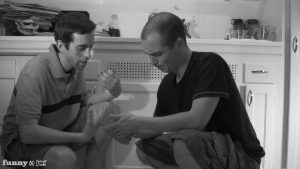 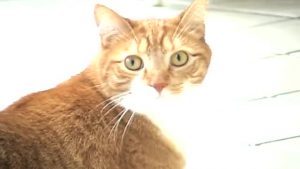 Start 2010 off right with Mylo the Dramatic Cat!

A Hillary Clinton spokesperson (Missi Pyle) conducts the first press conference after Clinton announces she is running for President of the United States. But what everyone really wants to know is: Is America ready for the first woman president?

A year and a half ago, Jeb Bush wrote himself an email of encouragement to be sent from himself to himself in the middle of his presidential campaign.

A truly awful case of the Mondays.