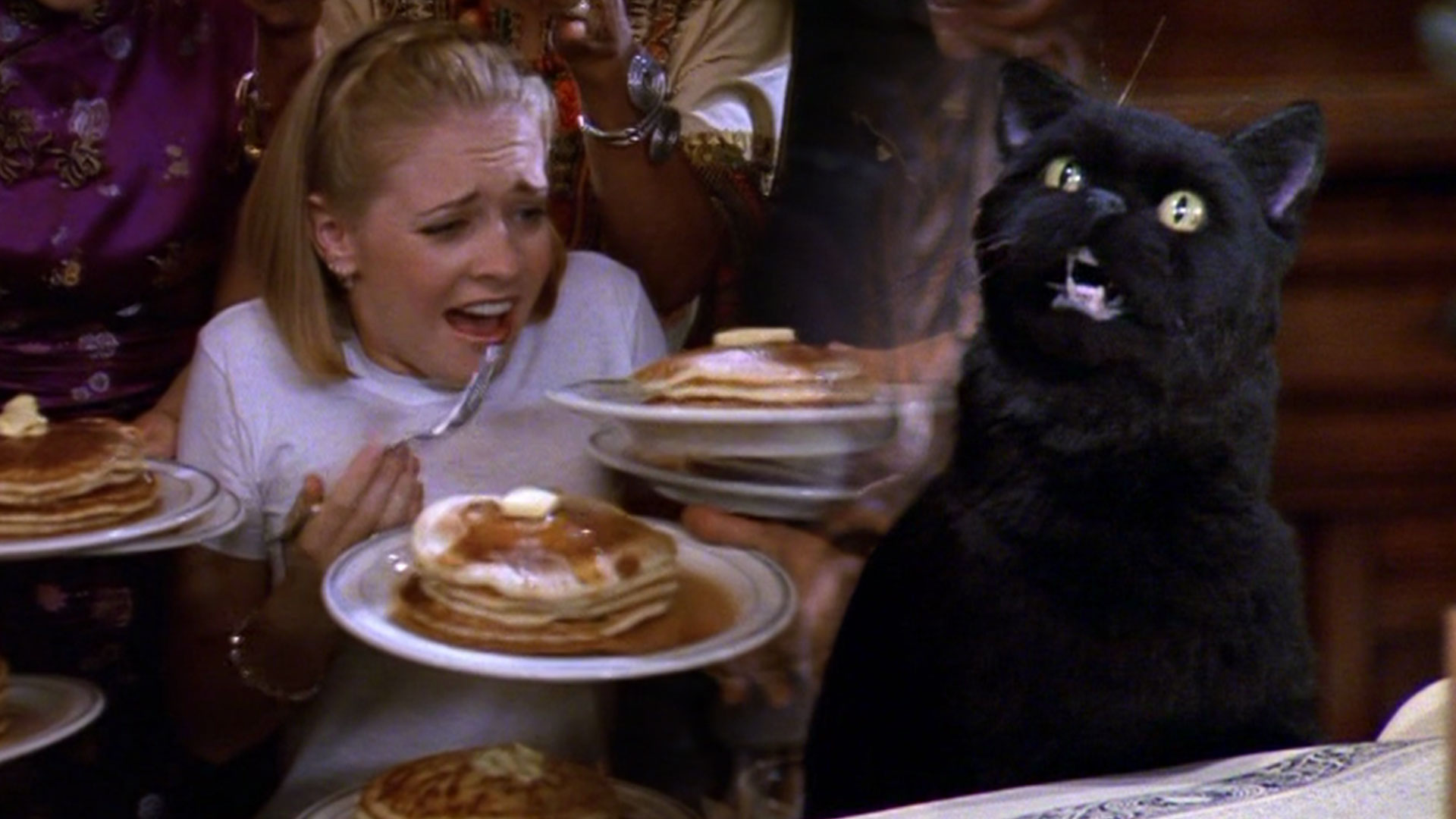 Remember the ‘Sabrina The Teenage Witch ‘ when she became a crackhead for pancakes? It was a very special episode.

The episode begins with Sabrina ‘s conjuring up breakfast. How ’bout pancakes? NOOOO! Hilda and Zelda warn she must NEVER eat them cakes. She has a genetic pre-witch-position to pancake addiction. One bite? She ‘ll be hooked for life.

Sabrina ignores her aunts ‘ clear cautions and chomps that yummy stacker. She ‘s fine! She can put the stuff down anytime she wants.

Sabrina corners Harvey, enjoying a casual standing hallway cake, for a taste. Harvey tells her to scram, but Sabrina- a full-blown Bisquick fiend hounds him. “Hah, I ‘m not a fiend! ‘ she exclaims. CLASSIC fiend-talk.

Witchney Houston fishes a half-eaten pancake out of the trash to rub it on her gums. Then attacks a peer in the chance he ‘s got what she needs.

Sabrina ‘s licking Harvey ‘s hands and shaking like Rick James at Nino Brown ‘s funeral. “I ‘m in the mood for pancakes, you holding? ‘ she asks another classmate. Her teacher announces they need to raise money for prom, claiming there are no bad ideas. “PANCAKES! ‘ Sabrina screams to a room full of her peers. OK, maybe there are some bad ideas.

“Sabrina, do you mean a pancake breakfast fundraiser? ‘ her teacher asks. Sabrina ‘s beamed up to Mrs. Buttersworth ‘s mothership. “Do you have any? ‘ Sabrina yells like a madwoman. But because pretty blonde ladies can go crazy and nobody cares, pancake breakfast it is!

Sabrina Downey Jr. is ransacking the house for product. Licking hams for the glaze. Dumping maple on apples. Shaking like Charlie Sheen on the 4th of July.

Salem catches her in the kitchen whipping up midnight flap rocks. She ‘s caught white handed, terrified the school will discover her shameful addiction.

Salem knows a syrup potion that makes pancakes taste like rancid booty. She says thanks by choking the shit out of him. Let ‘s hope her twitchy, dusty-ass, blasphemous dope fiend hands can get it done.

Back at school, Sabrina ‘s got her anti-pancake pancake syrup. But gets distracted by doughy morsels and her special syrup is swooped away.

Libby taunts Sabrina with a floor cake, except Sabrina Full Of Grace is un-phased. Let ‘s party! Uh-oh. Where is that magic sauce?!

“These taste awful! ‘ she hears Libby say from across the room. It ‘s her syrup! Except it ain ‘t. Libby was grossed out by a blueberry. Libby ‘s a stuck up asshole.

Sabrina goes full Pookie The Teenage Witch. Based out her damn skull off that crepe rock, moving through the room like the Tasmanian Devil of slamming them fluffy thangs.

Except not at all. She ‘s still a dang junkie. Zelda locks Sabrina in her room to go cold turkey while she rescues Hilda from a b-plot. It ‘ll build character! “I don ‘t want character, I want pancakes, ‘ she cries. Same, girl. Same.

Sabrina does a fun “the clock is crawling as I tidy up to take my mind off pancakes ‘ montage. Because people kicking heroin are known for their meticulous living spaces.

Sabrina has a dope dream from her griddle sweats. Everyone ‘s bopping around, singing about, you guessed it, pancakes. Her hallucinations sing, “The answer to the riddle is cakes on the griddle ‘. A song bad enough to make you want to trade in pancakes for a hit of crack cocaine.

Sabrina wakes up from her musical nightmare to find Salem in a stack of dough boys and a syrup lady who wants to take her some place nice. Sure. Why not. Let ‘s party.

The sticky stranger whisks Sabrina away to an international pancake house, nice, where she can fiend out with fellow cake heads. Sabrina has a hasty moment of clarity. She abandoned her friends and family. Over pancakes.

Sabrina ‘s Breakfastuem For A Dream is over. But was it enough?

You want a taste, little lady? Well, do you? Of course she does! They ‘re pancakes. They ‘re delicious. And she ‘ll always be jonesing. She has to take it one day at a time. Like any serious addiction that involves hallucinating a syrup lady.

But we ‘re not done. There ‘s a credits scene where Sabrina yells at Salem in a bar to seek treatment because a crippling catnip addiction is ruining his life. Hilarious.

Inescapable self-destructive hereditary dependence … is a laughing matter! Complete with musical numbers and field trips with new friends. If you ignore your elders about drugs, as teens do, no problem! Kick that monkey by cleaning your room and taking a nap. And witch or mortal, pancakes are never this addictive. But you can ‘t smoke crack Friday nights on ABC. See you next time on A Very Special Episode. ‘

Need a proper fix of Sabrina The Teenage Witch? Watch the show now on Amazon here. 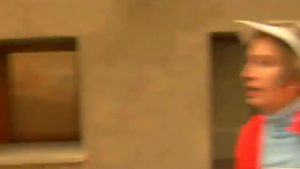 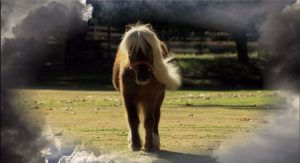 Li’l Sebastion gives us his commentary regarding the scandal he was involved in. 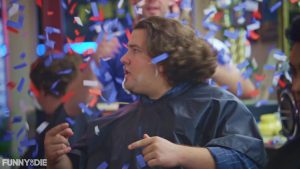 Turns out midday at Uncle Gino ‘s barbershop isn ‘t the best place and time for an impromptu Pepsi Super Bowl Halftime dance party. Get Hyped for Halftime with Pepsi at http://www.youtube.com/pepsi

This Father’s Day get your Dad the fragrance that reminds us all of our Dads. 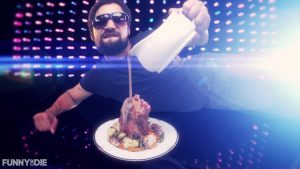 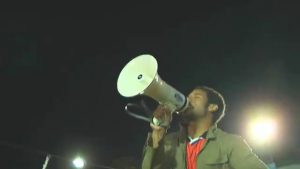 In this Team Awesome mission, soccer becomes extreme soccer when it gets turned into human foosball.