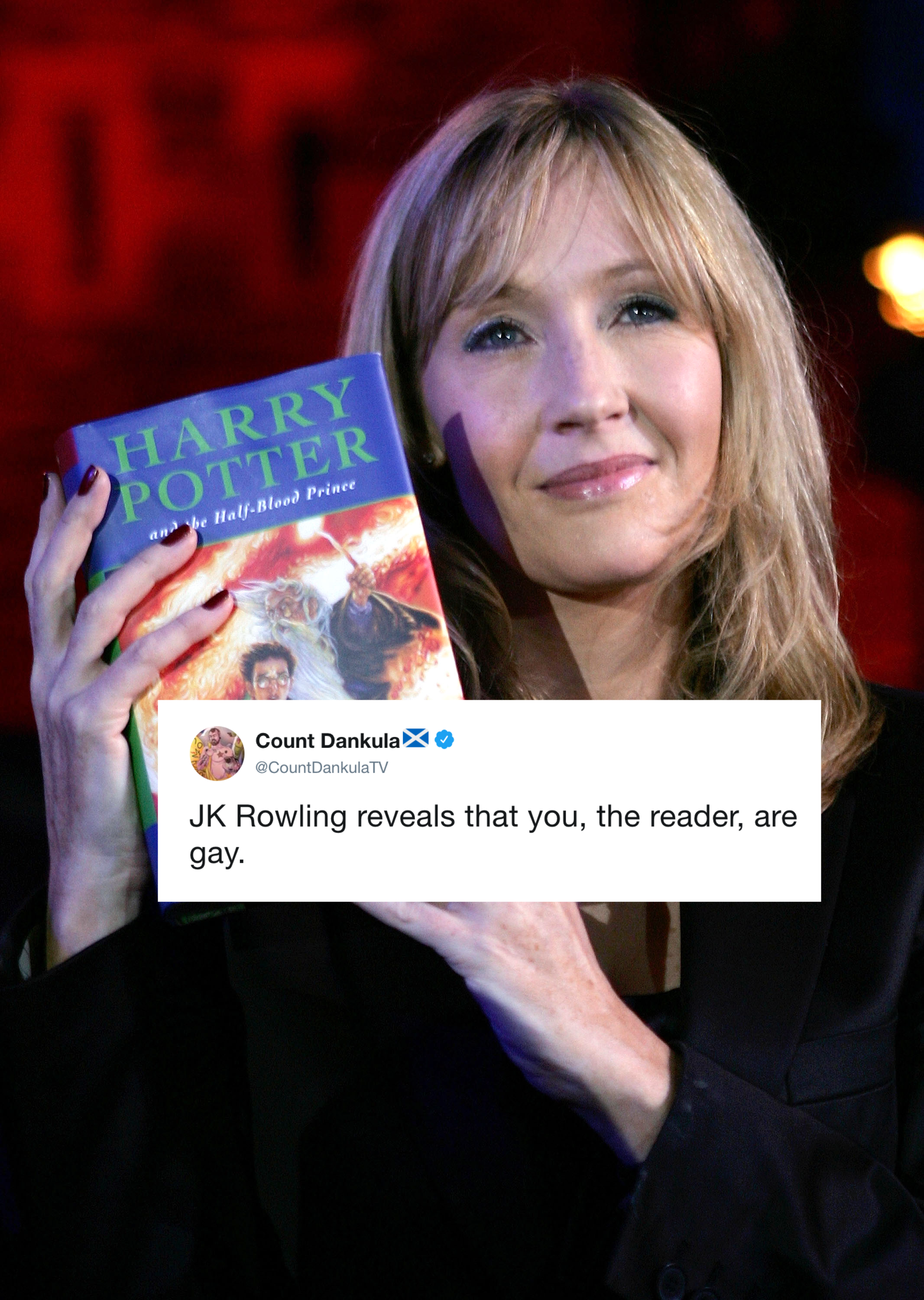 Harry Potter is one of the most beloved and iconic book series of the last two decades and has captivated the imaginations of literally millions of people. The magical story of “the boy who lived ‘ was so enthralling because of how completely fantastic and far from reality it was, but author JK Rowling ‘s latest statements about her characters are so far-fetched and baseless, even fans can ‘t let them slide.

Representation is super important. And the lack of LGBT characters in television, movies, and books, is a problem. So 12 years ago when JK Rowling revealed that Albus Dumbledore, one of the most prominent characters in the series, is gay, it seemed like a cool thing. Y ‘know, more visibility, more representation, seems cool, right?

Well, it would be, if she actually wrote it into the books instead of just coming out after the fact and basically going,

“Uhhh, yeah, he was totally gay ‘ love me LGBT community loVE ME I HAVE REPRESENTED YOU ‘

So now in the latest of her series of “yes this totally happened this is real even though it ‘s not at all in the books or the movies but just take my word for it ‘ Harry Potter reveals she insists on making in order to win cool points with the LGBT community for being a fake ally when it serves her, apparently Dumbledore and Grindelwald had a very intense, passionate sex life.

And this kind of performative “yeah look at me I ‘m totally an ally ‘ act and Rowling ‘s incessant, unofficial rewriting of Harry Potter featuring the most absurd shit that nobody asked for has been mercilessly, and rightfully, mocked all over the internet. 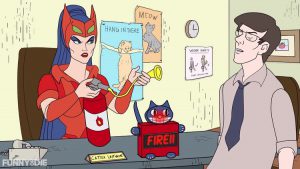 Catra from HR Fire Safety | Episode 5 Imagine a second-rate cartoon 80 ‘s villain trying to climb her way up the corporate ladder of a mid-sized Silicon Valley tech company. Meet Catra, who makes it her mission in life to torture Jeff, a disgruntled employee who just wants to quit before the investor capital runs out and the company folds. The students from the Elon Musk School for Future Innovators tour the the Synergisms offices. Good thing the boss put Catra in charge of Fire Safety! Show written and created by Patrick Smith, Titus McNally and Lindsay Rollins Music Composed by Patrick Smith Catra”” ‘..Patrick Smith Jeff”” ‘ ‘.Titus McNally Boss”” ‘…Lindsay Rollins Supporting voices” ‘ ‘Lindsay Rollins Original character design of Catra by Filmation. This is a work of parody/fanfiction and we don ‘t claim to own anything designed by Filmation. Links: Patreon: https://www.patreon.com/rocketadrift Website: http://www.rocketadrift.com Twitter: @RocketAdrift

Even if they ‘ve only surfed once.

An exclusive, sneak peak at the newest Disney movie; Disney’s Princess Ke$ha. Watch as Princess Ke$ha gets a little help getting ready for her day as she sings a beautiful original new song from the movie soundtrack.