THE BROWNLIST is a comedic satire about race and how the entertainment industry views “diversity ‘. It ‘s the story of a girl blessed with two races but seemingly not enough of either to fit in.

This one feels important. Because what Ursula ‘s short captures is that, even when steps are taken ‘ ‘well-intentioned steps, mind you ‘ ‘to help rectify equality issues in an industry, sometimes those exact steps get hamstrung by dint of unthinking reliance on those measures. And while some may point to lackluster performance of releases that are billed as “diverse, ‘ or get unhelpfully branded as such, that also points to the far reaching ripples within an industry, such as film criticism (and the need for more diverse film critics, as pointed out by Vox.)

That ‘s not to say that progress hasn ‘t been made. In fact, NBC reports that in UCLA ‘s most recent diversity in Hollywood study, “people of color accounted for 19.8 percent of the leads in top films for 2017, a significant increase from the 13.9 percent figure posted in 2016. Show creators of color also posted significant gains in the digital landscape. ‘

But here ‘s the thing ‘ ‘it ‘s not rocket science. It ‘s what audiences want

“People of color constituted nearly 40 percent of the U.S. population in 2017, and their share continues to grow by nearly half a percent each year, ‘ the report indicates. “Today ‘s diverse audiences, the evidence shows, prefer film and television content populated with characters to whom they can relate and whose stories drive the narrative. ‘

All this to say that we love this short in every way, and can ‘t wait to see what this team cooks up next.

This striking short comes to you via Ursula Taherian. 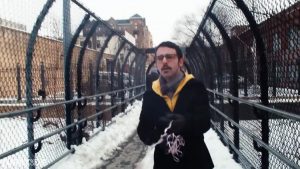 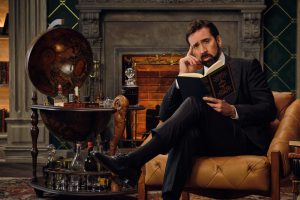 History of Swear Words is available on Netflix! F*CK YEAH!!! 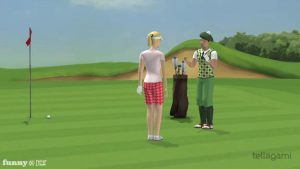 The Dentyne Split2Fit pack fits almost anywhere, even the friend zone. See more Split2Fit Shorts here: http://bit.ly/L1yzS6. Check out us on Facebook http://Facebook.com/Dentyne and follow us on Twitter http://Twitter.com/Dentyne

One thing you can say about this week’s best tweets is that they are certainly unpredictable. 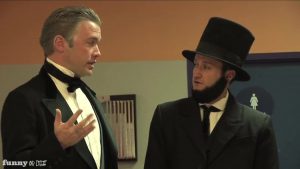 Every year Abe Lincoln throws a bowling birthday bash, and each year everyone heads to George Washington’s party instead. At least William Howard Taft and James K Polk has his back