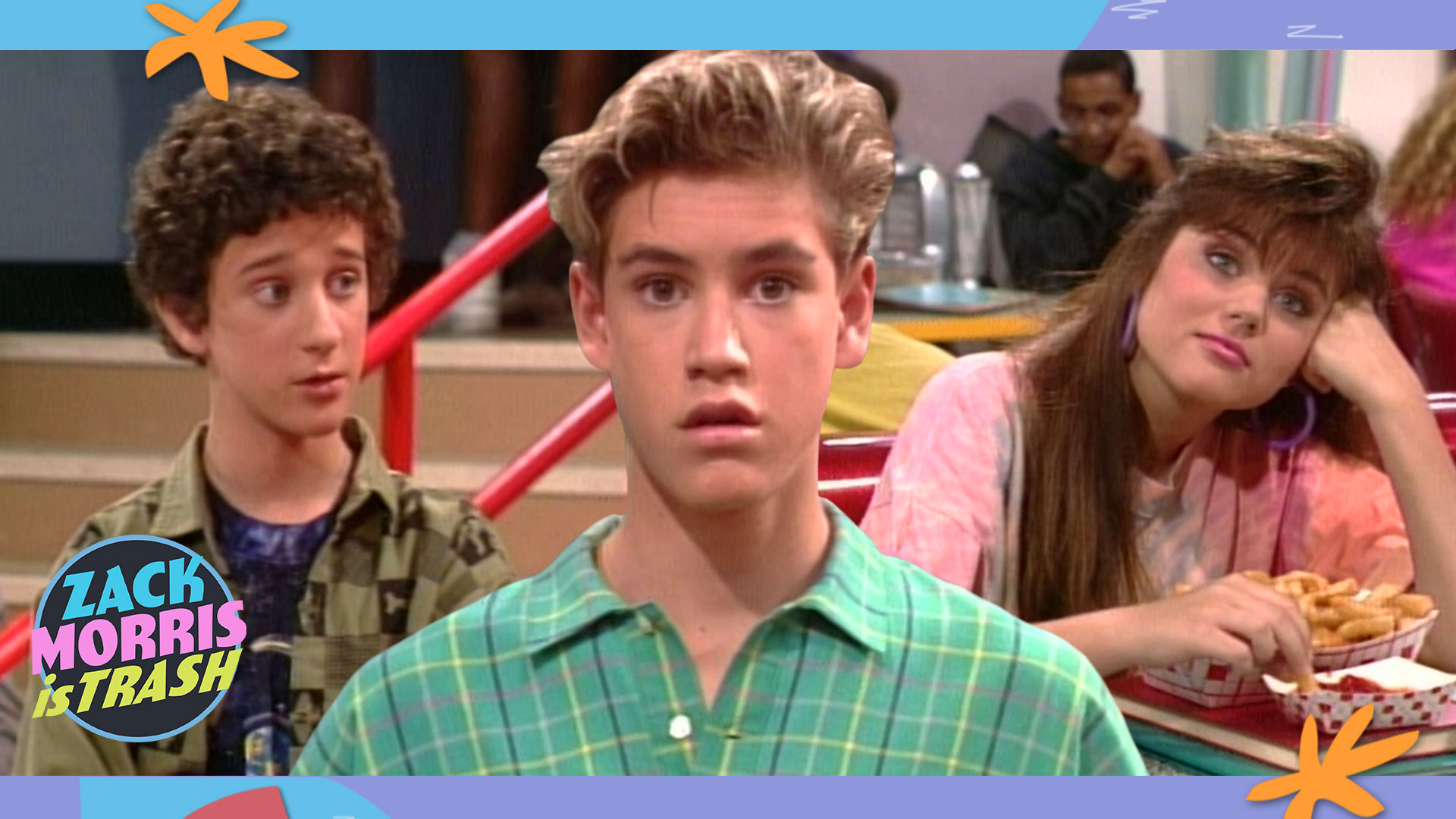 Remember the ‘Saved by the Bell ‘ when Zack Morris sabotaged Screech ‘s one chance with Kelly?

Screech aced his science test and is awarded by Dr. Mertz. Zack cheated and still didn ‘t pass. Kelly tried her best, but failed. There ‘s another test Friday. Kelly will be grounded if she flunks and miss George Michael! Zack ‘s fears for his tickets.

Zack commands Screech to tutor Kelly, thinking sacrificing his best friend is sure to get him invited to the George Michael concert. Screech is busy. So Zack lies and says because Kelly is Lisa ‘s friend, helping Kelly will help Lisa thereby helping Screech ‘s chances with Lisa. A circuitous deception to exploit his loneliness.

Zack announces Screech will help Kelly! Lisa is not impressed. Huh, who could ‘ve guessed Zack was lying.

Kelly doesn ‘t know what to say! Zack suggests, “After I pass the test, I ‘m going to take Zack to the George Michael concert. ‘ Ok, at least now Kelly knows what to NOT say.

Kelly visits Screech ‘s and is impressed with his cool room and robot! Unlike Zack, who routinely lures women under false pretense, Screech ACTUALLY tutors Kelly with helpful demonstrations. Kelly finally gets it and appreciates all Screech did for her!

It ‘s Screech ‘s bedtime and he needs a good night ‘s sleep for school. He walks her to the door. Total class.

Kelly, who gets treated like soggy meatloaf by Zack, is smitten with a REAL man who ‘s smart enough to respect her.

Zack, a raging narcissist, badgers Screech asking how many times his name came up during their study session. Here ‘s a hint: It ‘s the same number of times you should ‘ve been born.

Kelly is at last ignoring Zack, hallelujah, and is eager to get back to their review. Zack ‘s in denial, until he sees Screech and Kelly going to creamy suck town. The one you can show on TV.

Zack, brimming with bitter horniness, tattles about this burgeoning relationship. Slater does not believe him and invites Kelly to a movie. She can ‘t, she ‘s got dinner with Screechy, who ‘s taken to calling her Kel-Kel. Pet names? Consecutive hangout nights? Things are getting serious! Zack, who arranged this, pouts.

Screech continues helping Kelly wrap her perfectly symmetrical head around science. Zack interrupts to return a tricycle he “borrowed ‘ from Screech when they were five. Slater comes in, too. But because he also wants help improving his grade.

Kelly says they ‘re busy. Screech gets rid of them, since he values their time together and wants Kelly to have his full attention. Kelly plants a smooch on his cheek! Zack hopefully dies?

Zack unfortunately does not die and loudly says they need to keep this embarrassing Screech/Kelly development a secret. Zack ‘s big mouth spreads it across the school and then the whole damn world. Nice.

Screech has an influx of attention now that he ‘s with the hottest babe of all time. Zack, who should be happy for him, hatches a plan for sabotage.

Zack entraps Belding to make him ask what they ‘re hiding. They ‘re stashing supplies celebrating Screech ‘s imminent teenage marriage to Kelly, knowing it will convince Belding to break them up.

Belding bombards Screech with advice he in no way needs as he is not engaged. Taking time away from Screech helping Kelly and from Belding doing fucking anything else. Screech explains he is not getting married. Zack ‘s insanely shortsighted scheme collapses.

Zack, who did not study or even attempt to cheat better, failed. Kelly got an A! She thanks Screech by inviting him to George Michael! Unfortunately, Screech doesn ‘t like George Michael ‘s music. Turns out Screech and Kelly don ‘t have much in common beyond science. They ‘re just not a good fit. Screech parts ways with timeless grace telling her, “every ice cream cone has it ‘s last lick Kelly, and this one ‘s ours ‘. Beautiful.

Kelly ‘s crushed. Zack sees his opening for a rebound. He presses her in this trying time about George Michael. Kelly ‘s too upset to go and gives up the tickets. Zack offers no solace, he got what he wanted. And we never see Dr. Mertz again. After encountering a student impossible to teach, he probably fucking killed himself.

Zack Morris tried to force Kelly into taking him to see George Michael. When school stood in his way, he lied to Screech about his chances with Lisa to make him tutor Kelly. After Kelly ‘s exposure to a decent man resulted in feelings, Zack tried to break up the study time he demanded. Then shouted their relationship from the rooftops to keep it a secret. Then tried to frame them for teenage marriage. When none of that was necessary as Screech and Kelly didn ‘t have anything in common. Except Screech was mature enough to not force things. Because all he wanted was to help Kelly. When all Zack ever gave a shit about was George Michael. Zack Morris is trash. ‘ 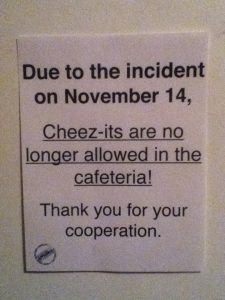 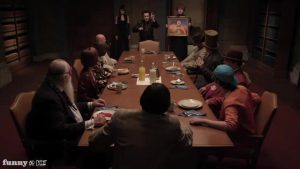 Breakfast supervillains beware! The Crunchy Nut plans to put you out of the boring breakfast business. 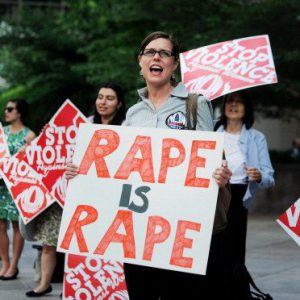 Please allow 6-8 weeks for your university to mishandle reports of sexual assault. 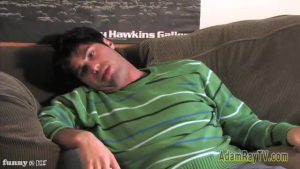 Southwest Airlines helps us see that farts can be deadly. Also, that they have some really great deals going on right now.

What Is The Best Sport?: Fourth Round Analysis