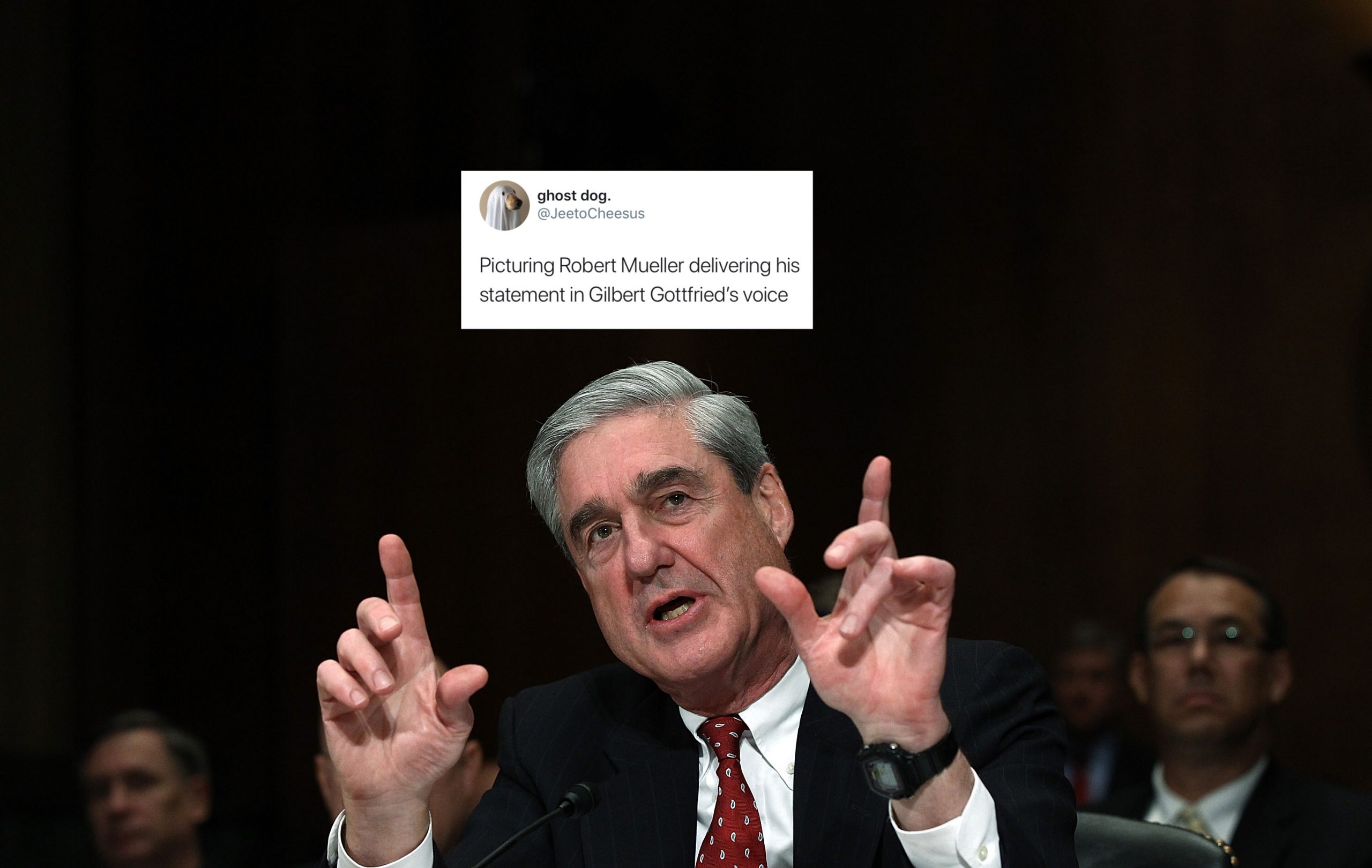 By this point, everyone ‘s familiar with Robert Mueller. As the head of the Russia investigation, his name has been all over television, social media, late night talk shows, and he ‘s even been portrayed on SNL. Even though he ‘s been in the news and the topic of conversation fairly consistently, when it was announced that he was going to make a statement about the Russia probe it was a pretty big deal ‘ because we haven ‘t actually heard from Mueller in, well, a long-ass time.

He ‘s been this important, frequently discussed figure for so long, working on an investigation that ‘s been kept very private, (and stayed private thanks to the insane report redactions by William Barr) that he ‘s kind of become the Great and Powerful Oz. Just without the green velvet suit.

We all know what Trump sounds like because it ‘s hard to get him to stop talking, I ‘m sure most of us even hear his voice in our head when we read his tweets, but DOES ANYONE EVEN REMEMBER WHAT MUELLER SOUNDS LIKE??

So before Mueller, the man behind the curtain, stepped out to make his statement ‘ an event which I, for one, think deserved way more smoke and pyrotechnics ‘ la Wizard of Oz ‘

people started wondering what Mueller would sound like, and it didn ‘t take long for the hypotheticals to become totally ridiculous and completely hilarious.

Robert Mueller speaking at 11 am ET is newsy for so many reasons but it ‘s also a human interest story: Many Americans who can ‘t recall his FBI tenure don ‘t know what he sounds like ‘ it ‘s the news equivalent of when Baby Simpson finally dropped her pacifier and spoke a few words.

Thinking about it- I'm not entirely sure what Robert Mueller even sounds like, but I assume very much like this guy. pic.twitter.com/OGDc0vRKN8

What if when Mueller finally speaks, he sounds just like Kushner?

What if Robert Mueller has a higher voice than Jared Kushner?

:in a low but deep, gravel filled voice: “Rosebud”

What would happen if Mueller turns out to have a squeaky voice, like one of those silent film start who couldn't transition to talkies? Don't underestimate the mystique.

will he sound like a regular pokemon or does he speak with the voice of Ryan Reynolds https://t.co/Za3wgJeytC 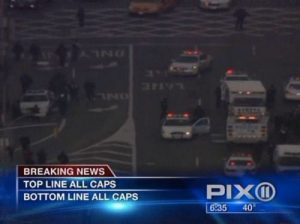 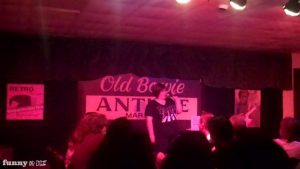 Talking about Vegas during my Stand Up set…..Hmmmmmmmmmmmmm… 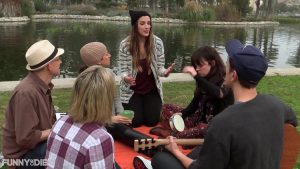 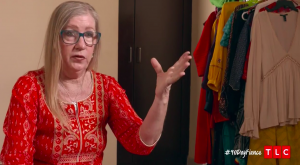 Related: I have never seen Game of Thrones. 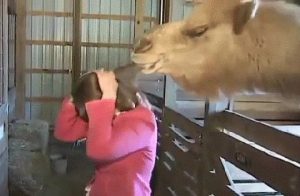 Back in our day, animals loved TV news but these ones probably just like garbage reality TV, you know? 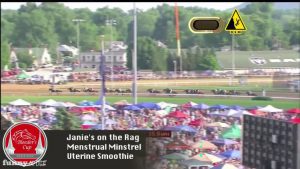 It’s the horse racing classic that happens once a month: The Bleeders Cup Horse Race. Watch as these pretty ponies transform into fierce warriors right before our eyes. Presented by Anderson’s Horse Tampons From DUMBSHIT MOUNTAIN, sketch comedy by “intelligent people”. Written by Dumbshit Mountain Narrated by Gene Augusto