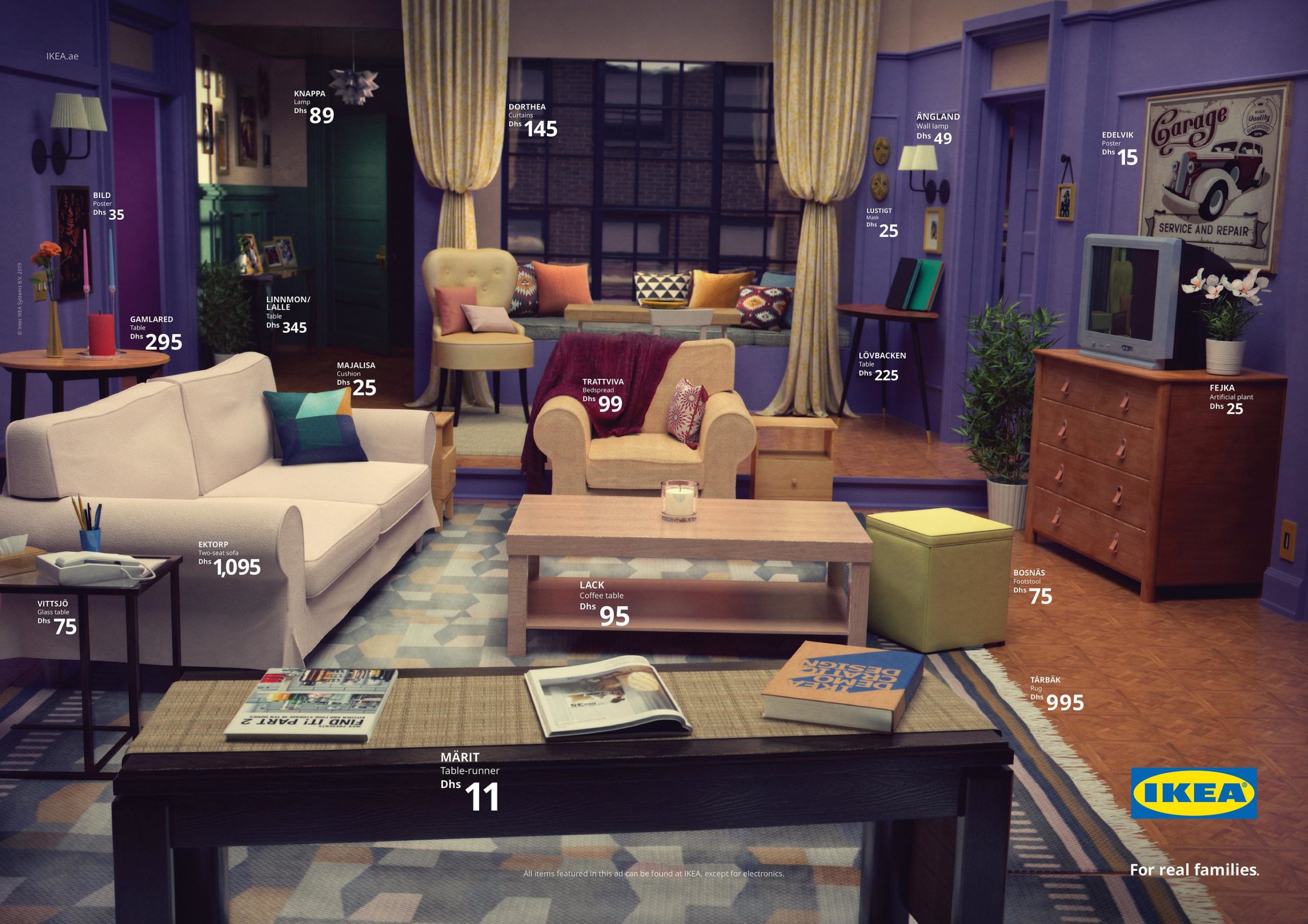 There ‘s no denying that IKEA is the best store ever. Their furniture isn ‘t always great, but it ‘s also not bad. It ‘s dependable and predictable, it ‘s the furniture equivalent of a slight shrug and a nod. People who don ‘t like IKEA either don ‘t like it because everyone likes it (which is dumb, disliking popular things because they ‘re popular things is the most eye-roll worthy trait ever) or because they ‘re rich enough to actually spend money on better furniture (we get it, you ‘re not poor, whatever). But regardless of how you feel about their craftsmanship, walking through IKEA showrooms is a goddamn joy. Don ‘t ask me why, I don ‘t know. I don ‘t know why being part of a herd of people shuffling through a maze of fake rooms is so fun. It just is.

These rooms, though, I ‘m not so sure.

For their most recent design campaign titled “Real Life ‘, IKEA replicated a few of the most iconic and recognizable living rooms in television history.

The first one is okay. Which is weird, considering Stranger Things is by far the most disturbing show they used as inspiration. Maybe it ‘s because aside from the crazy scribbling on the wall and the Christmas lights used to communicate to someone trapped in another dimension, this is a pretty normal looking room.

Alright, this one… Was surprisingly weird. Friends always seemed like a pretty regular show. There was no supernatural stuff, they hung out in a normal coffee shop, they were average people, so WHY then have I NEVER REALIZED how BIZARRE MONICA GELLER ‘S APARTMENT IS??

Those walls??? What shade even is that??? Buzz Lightyear Space Helmet Purple?? Why does this suddenly no longer look like a fictional apartment and suddenly look like a room that was designed aliens who are trying to pass as believable humans??

IS IT JUST ME?? AM I GOING INSANE

As if I ‘m not already spiralling enough let ‘s move onto the last one.

The Simpson family living room is the most frequently seen location in the entire show. It ‘s how every opening title sequence ends! This is the most familiar home in America!

WHY IS IT SO UNSETTLING TO LOOK AT IN REAL LIFE

If I walked into someone ‘s house and this was what their living room looked like I ‘d be doing the quickest 180 ‘ turn you ‘ve ever seen because anyone who lives there is FOR SURE GOING TO SERIAL KILL YOU.

I never thought I would say this in my life, but here we are:

Thanks, IKEA, I hate it. 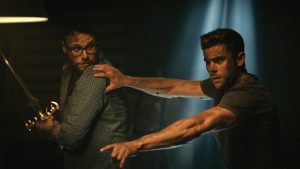 The next installment in the Neighbors franchise 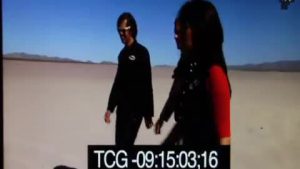 Behind The Scenes of the Chicken Cannon Experiment 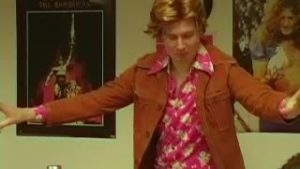 The greatest minds of the 70’s determine our children’s futures. 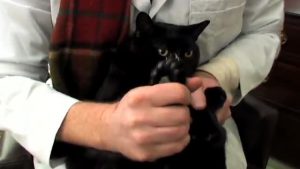 Think you can ‘t get something for everyone ‘ literally everyone ‘ and stay under budget? Turns out, with PLANNING and FORESIGHT and CREATIVE PROBLEM SOLVING (plus a lot of string) ‘ it ‘s not only possible… IT ‘S INEVITABLE.