By: The Black Keys

Dan Auerbach and Patrick Carney, members of the iconic band The Black Keys, looked at each other one sunny afternoon, and simultaneously exclaimed, “Damn, we ‘re good at music. ‘

Auerbach ‘s grandmother Edna, who happened to be standing nearby, shredding her double-neck Gibson, turned to them and said “How about you do a tutorial, dears, ‘ and that ‘s how this MasterCourse came to be.

Now you can join the members of the most iconic garage band, hailed by Rolling Stone Magazine as “good band, ‘ in an online tutorial, where they take you on a tour of their studio, and teach you everything they know about songwriting, drums and bongos.

Check out their latest release ‘Let ‘s Rock, ‘ and catch them on tour this Fall.

When you’re about to get down with that special someone, sometimes your cat gets in the way.

This week’s tweets will at least make you feel SOMETHING. 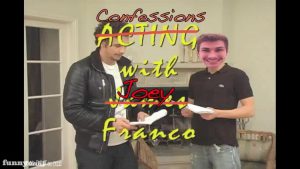 This week, Bryan tried dumpster diving for the first time and then watched ‘The Bachelor’ and Erin watched ‘Cats’ stone-cold sober. What a week. Also, Alabama wants to ban not just gay marriages but every marriage and the GOP is back again trying to ban abortion with the Pain Capable Unborn Child Protection Act! And one of their own, GOP Congresswoman Renee Elmers is trying to stop it. Good luck everybody with everything! Listen to the full episode here: https://itunes.apple.com/us/podcast/throwing-shade/id479583266?mt=2 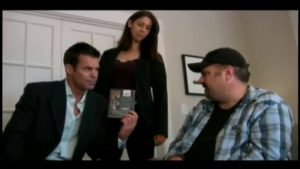 Finally, a network show about a quirky detective. http://www.puddingcanyon.com

A documentary becomes a horror movie when all the footage is found. Happy Halloween!