Michelle and Denise see an ad for a jokes 900 number clearly preying on children. Not sure how that ‘s legal. Whatever.

Steph says what up to the Jennifers. Charles enters talking all kinds of mean shit. Stephanie bullies back. High five.

This bite size bickering makes teacher lady assign a “find the best in someone ‘ report. Stephanie and Charles have to write about each other.

Stephanie, who must not own a mirror, whines Charles is the worst. Charles comes in hot being a total prick. Everyone hates him. (Someone needs to teach that kid manners) Careful what you wish for, Aunt Becks.

Charles continues his jerkery when Michelle reports that Stephanie is in BIG TROUBLE for not taking the trash out. Danny will deal with her later.

Charles has a pro tip. (Try to think of Home Alone or Roger Rabbit) Wait what? (You know, when your dad ‘s pounding you) WAIT, WHAT?! Stephanie clarifies, Danny does not hit her. Then asks if Charles gets hit a lot. Steph, he built a Blockbuster with a Charles Picks section in his brain just to pass the time. The fuck do you think?

Charles changes the subject. Steph says he can trust her. (I don ‘t care if you swear on your mother ‘s life! My mother ‘s not alive. Mine ‘s not alive either.) I thought he liked Home Alone because a kid hurts adults, turns out it ‘s ’cause the mom comes home in the end.

Charles says his dad slaps him around, but it ‘s Charles ‘ fault for pissing him off. Something Charles does constantly just by breathing.

(maybe you should tell someone) What do you think is going on right now, Steph? Charles checks his watch. Oh no! He was supposed to be home when the big hand is on top of the face. Charles swears Steph to sad piano secrecy. (show clip) Those chords are legally binding.

Teacher Lady has bad news. Charles had an accident. He asked his dad to play Street Fighter but forgot they don ‘t own any video games. Stephanie battles her overwhelming urge to snitch.

Michelle and Denise are telling their 900 number jokes. Stephanie doesn ‘t want any jokes. She came to the right TV show.

Danny got the phone bill. Who would call a 900 number for bad jokes? Busted. He tells Michelle that, much like the writers on this show, bad jokes can be expensive. Then sends her to bed to think about her costly fuckup.

Jessie inquires about this little lady commotion. He tells them to quit it. Michelle does, Steph does not. (Some kids get punished a lot worse than that) Yeah, Jessie ‘s going to need you to elaborate on that one.

But she PROMISED to keep a secret. Jessie says some promises are made to be broken, just like the bones in Charles ‘ legs.

Stephanie tells Jessie about Charles. And how his dad gives him fist kisses every night before bed. Jessie ‘s calling the cops.

Charles update: Cops came and took him to a foster family. Stephanie for some reason freaks out that Charles is no longer getting pummeled.

Jessie explains he ‘s in a better place. Far away from this show. And her tattling saved him! Even though her tattle hesitation is what got his ass pummeled most recently.

Steph hugs Danny even though he only got two medium pizzas to feed this giant family, making him a late contender for worst dad of this episode.

So what did we learn today? If someone is shitty to you, it ‘s safe to bet their life is hell at home. And kids do stuff that warrant a whooping. But don ‘t whoop kids. Even if they run up your phone bill or suck like Charles. And don ‘t keep secrets about domestic abuse, even if watching Roger Rabbit and Home Alone every day sounds like fun on paper.

See you next time on A Very Special Episode. 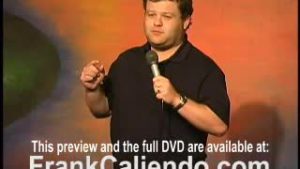 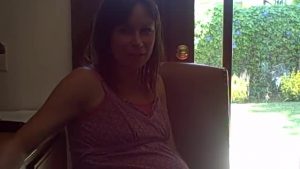 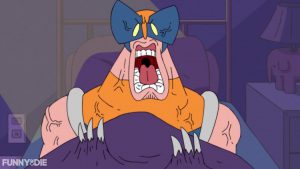 People want to know if Hollywood is run by the Jews and Jay Baruchel has the answer. 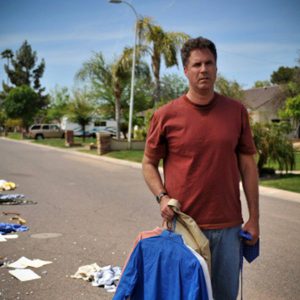 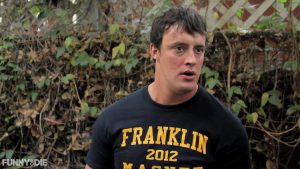