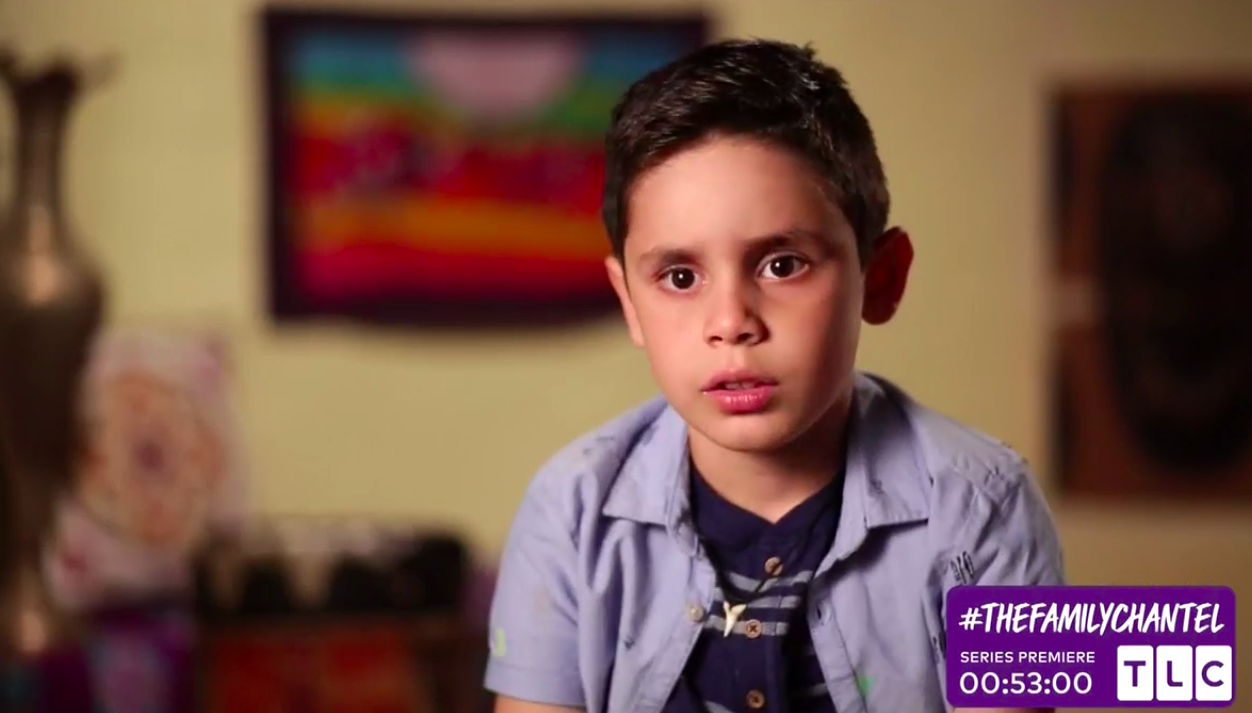 The title of this episode is “Ripped Apart ‘ and the drama is palpable, my friends! Do you feel it?

Is anyone watching Family Chantel? Email me and let me know if it ‘s any good. (I suspect it isn ‘t.) sue@funnyordie.com… Also I heard that Chantel isn ‘t her real name, but it ‘s a stage name used only in her reality TV career. Think about it: her siblings are Winter and River ‘ You guys, I just googled it and her real name is CeAir ‘. SEA AIR!!!!!!!!!!

Though nothing truly lives up to that news, we ‘ve got an action-packed episode to discuss. Paul ‘s on a flotilla (again), Ronald explains away his record, and Sumit maintains his elaborate parental lie. Let ‘s do this.

Truly no shade at all when I say this, but the South African town they ‘re living in seems ‘ Unsafe? Dirty? Murder-prone? ‘

Whatever it is, it ain ‘t great for kids. Indeed, we see a truly dark conversation where Ronald asks Daniel if he knows what human trafficking is. OF COURSE HE DOESN ‘T! HE ‘S A CHILD! Human trafficking should never cross a person ‘s mind until they ‘re grown and evaluating their career options. ‘

Daniel tells Tiffany he doesn ‘t feel comfortable in South Africa and he knows that people are hiding stuff from him. That ‘s my boy! So emotionally aware. How do you get a kid to be like that? Is it therapy from a young age or just a warm and loving family life?

Prompted by Flag Tie, the lawyer in her home state, Tiffany asks Ronald to go into more detail about his criminal record. His massively-dilated pupils indicate that he ‘s not happy about talking about this on camera. That, or cocaine. ‘

Oh, then we find out he PAWNED HIS MOM ‘S FRIDGE for gambling money. Only Ronald ‘s gambling addiction was being fed in that house. No, okay, let ‘s picture this. He straps the refrigerator to his back with metal chains, then trudges down to the pawn shop, then the pawnshop guy is like, “Cool. I ‘ll take it, ‘ And then someone needs a new fridge so they go to the pawn shop??? That makes no sense! Also, do you think he removed the food first or pawned it, leftovers and all? ‘Maybe he got extra dough for the leftovers.

Jihoon ‘s klutzy casino proposal is totally adorable. I love that and I ‘m starting to believe they ‘re actually in love. GREAT! They ‘re my favorite couple of this episode.

However, I have a question. What is that weird vertical line in Jihoon ‘s lip? It ‘s like he has dry lips but it ‘s always there. And it ‘s so deep. Get this man some ChapStick!

Also: where ‘s Drascilla? We ‘ve been deprived of her for the past two episodes and I ‘m starting to think she ‘s hiding beneath a faraway bridge with the rest of the small, dirty trolls.

Speaking of the klutzy engagement, this seems like the least rehearsed proposal in history. Removing a ring from the bottom of a champagne class is cumbersome, at best. It ‘s the most awkward proposal I ‘ve ever witnessed. ‘

At the end of the episode, Jihoon and his family head back to South Korea. Oh no! That probably means this season is almost over!! Thank god we have a new “Before the 90 Days ‘ starting in a couple of weeks to fill the Fianc ‘-sized hole in our hearts.

Deavan wears a chic camel-colored coat at the airport and it makes me wonder if I should invest in one? Seriously, every one of those salty rich bitches on Southern Charm wore one last week, but honestly, I don ‘t think I have the bone structure.

Then, Deavan says she ‘s sacrificing everything for a man she barely knows. I just moved to LA from NY so I get it, girl. ‘

This Fucking Idiot. He can ‘t utter the phrase “permanent residency ‘ without slurring his words. The Paul pronunciation is permmresssdnnnceee. ‘

I ‘m SO HAPPY that Karine finally has a female OBGYN. She miscarried last season and watching the cold, heartless doctor deliver the news to Paul in Portuguese was the toughest moment of this entire series. I don ‘t understand why anyone would ever go to a male doctor, let alone an OBGYN. ‘

So then they hop on what looks like a steamboat for a five-day boat ride to Karine ‘s hometown way down the Amazon in Brazil. Apparently, this Amazon does not have fast shipping.

When Paul loads their luggage onto the boat, he runs like a slow, impaired duck. He wears camouflage for good measure because this is his battle. Unfortunately, he doesn ‘t put on the bullllproof vest.

The American men in this episode are real freakin babies when it comes to mosquitos. Get over it, you idiots. ‘

Then, we get an unnecessary shot of Paul in his underwear in the shower. That ‘s almost as disgusting in the scene in Midsommar I saw over the weekend. You know the one. ‘

Sometimes I wonder why Jenny didn ‘t bring Sumit to the US. Why did she go to India? I did some light googling and found that a US fianc ‘ visa costs $2600. I can ‘t imagine that the ticket to India from Palm Springs was much cheaper….

The thing with their relationship is that, yes, Sumit is half her age and yes, they ‘re lying to his parents, BUT MEN DO THIS SHIT ALL THE TIME. The only guy coming to mind right now, unfortunately, is Rupert Murdoch, but you get what I mean. ‘

Ok, um, why did Sumit clip her toenails? It ‘s like they ‘re begging me to make fun of them in my recaps.

Also, I wonder if Sumit comes from money. There ‘s something about the way his dad offers to send a car to pick him up that makes me think that maybe they ‘re wealthy and Jenny and Sumit ‘s relationship is actually a huge cultural faux pas. ‘

Sidenote: do you think that Dream Urban Cover by Maybelline is a rip off of IT Cosmetics CC cream? Should I try it and save like $20? ‘

Side note again: I ‘m a huge sucker for product placement. There was a very overt L ‘Or ‘al Voluminous product placement on The Hills last week with Audrina. I bought it right away and the mascara is literally fine. ‘

I know I mentioned this before, so I did a tiny bit of research and looked up the rumors. This couple has already been together for several years. Corey ‘s Instagram even has a picture of himself at Evelin ‘s bar in 2016. I tried to google it, but there ‘s literally only one reddit thread about it on the entire internet because I ‘m the only one who cares.

So yes, this is THEIR apartment together. This is HIS shitty $7k car. Those are HIS rusty pots and pans. Also, I love that Evelin says that the pot was destroyed by the ocean. Girl, were you cooking in the water again? ‘

Listen, you know that I ‘m the most feminist there is and how I feel about gender roles and allowing men to have their feelings and etc., but Corey is a whiny little bitch. I bet he and Pole will be best friends once they meet at the reunion. Mosquito Boys unite!

We didn ‘t get to see Laura and Aladdin this week, or the star of the show, Drusilla, unfortunately. They ‘re probably on a magic carpet ride eating maple syrup grilled cheeses.

See ya next week, fam! 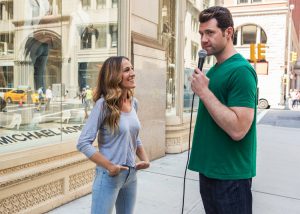 Orioles Baseball Game Closed To Public, Doesn’t Mean No One Will Try To Start The Wave 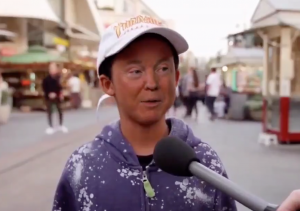 There’s only one reason this guy keeps missing the train and that’s because he’s a big fucking idiot.

The family discusses the newest take on a classic film with awkward results.

Troian ‘s friends convince her she’s Instagramming too much. But when they take her phone away, she has the most Instagrammable day ever.