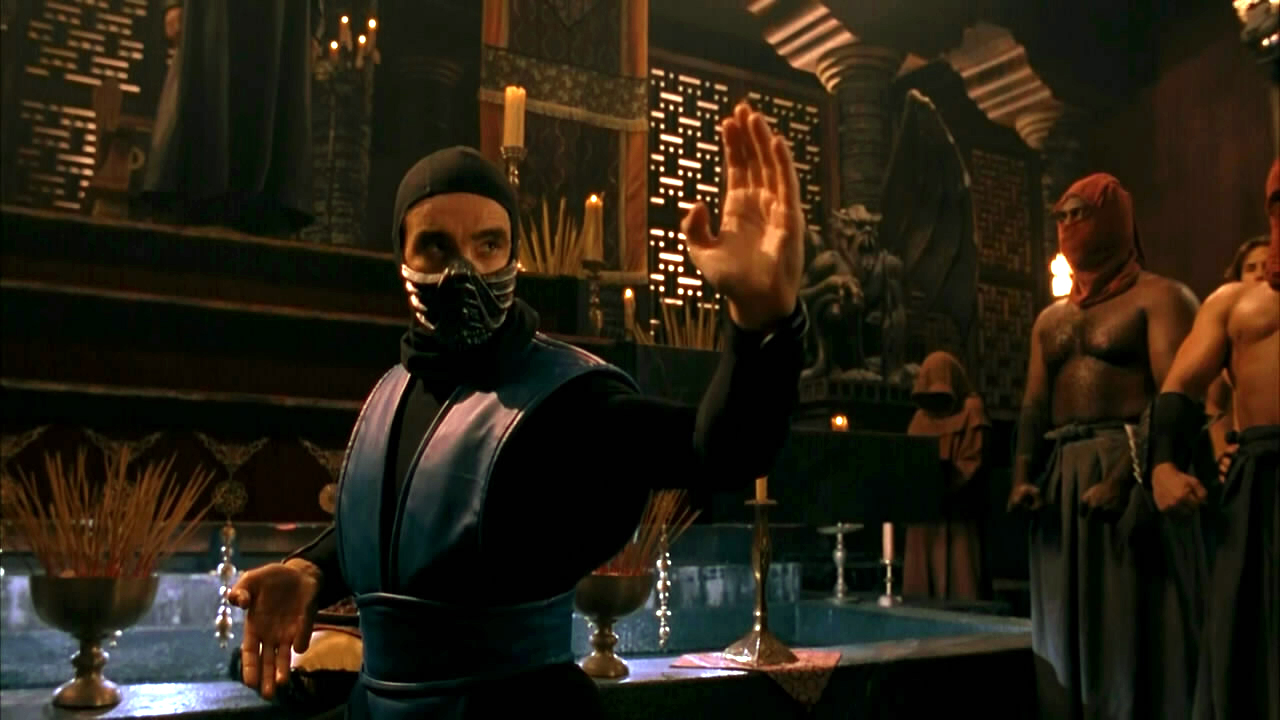 Anyone who has lived through the 90 ‘s can attest to two things: it was an amazing decade for video games, and a not-so-great decade for their on-screen adaptations.

The 90 ‘s gifted us amazing new games, like Doom and Diablo, and immensely improved upon existing arcade games and franchises from the 80 ‘s, like Donkey Kong, Legend of Zelda, and Mega Man. The attempts to turn some of these beloved video games into feature films though? Yiiiiiiikes. Remember the horror that was Super Mario Bros.??? THE GOOMBAS, MAN… THE GOOMBAS.

I don ‘t know what we did to deserve having to see Yoshi as a literal raptor who looked like he wandered off the set of Jurassic Park and was always kind of moist for some reason, but I ‘m glad that we ‘ve all let that movie be washed away by the sands of time. A movie adaptation that ‘s still definitely still much fresher in our memories, however, is Mortal Kombat. Well, I guess I should say movie adaptations. There are two of them, after all. Now don ‘t get me wrong, I love the Mortal Kombat movies from the 90 ‘s, the sheer nostalgic value is overwhelming and the opening credits make me giddy.

But the fact remains ‘ they ‘re undeniably awful, awful movies.

The acting, the dialogue, the early computer animation, it ‘s all atrocious. And that ‘s okay! It was the 90 ‘s!

2021 is going to be the year we see an all-new Mortal Kombat movie.

As if that news wasn ‘t exciting enough on its own, the script has been written by Greg Russo who has made a career adapting video games into films, and it ‘s being produced by none other than JAMES FUCKIN ‘ WAN. YES ‘ THE CONJURING, AQUAMAN, FAST AND FURIOUS, THAT JAMES WAN. So it ‘s safe to say this new take on Mortal Kombat is going to KICK. ASS. And as an additional little early tidbit to be excited about, Russo told the fine folks over at Comic Book that the 2021 film captures the same perfect marriage of violence and humor as Deadpool.

We looked at the games and then we also were looking at some film comps to compare our tone to, and I think things like Deadpool popped up and we ‘re like, we really like the tone of that. You know, it ‘s got some great humor in there, but if you kind of take the humor out of it, it ‘s got real characters, like really emotional stakes behind what the characters are going through. ‘

It ‘s still a couple years away, with the release date as of now being March 5 2021, but it sounds like it ‘s definitely going to be a movie worth getting excited about. Admittedly I ‘m already there. It ‘s so early but I ‘m so goddamn stoked, the cart is MILES ahead of the horse.

We wanted to be somewhat truthful with the tone of the game. So if you played the games, there are real stakes, there ‘s real emotion behind what the characters are going through but at the same time, it ‘s really fun.

Honestly… as long as this new adaptation does better by my boy Scorpion than the 1995 film, that ‘s all I really care about. That animation and fight scene did him DIRTY. He had his ass kicked by Johnny Cage! JOHNNY CAGE!! It ‘s fine, I ‘m fine, I ‘ll get over it eventually. 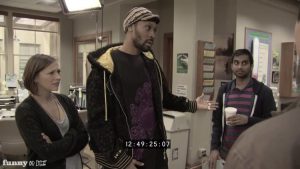 Roots drummer and television scholar Questlove proves the connection between Parks and Recreation and the Wu-Tang Clan with never-seen-before audition footage.

Matt Morrison and Jane Lynch carpool to work and they have a very serious conversation about the future of the music industry. Tickets for Matthew Morrison’s first tour (June 18 – July 23 in twenty US cities) go on pre-sale April 4 at http://www.matthewmorrison.com . General public tickets available April 15 at http://www.aeglive.com . 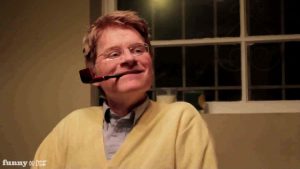 For this Father’s Day….Dad has a surprise. From the peeps at TMI Hollywood, starring Julian Clark and Steve Brewster. Written and Produced by Mike Cochnar & Julian Clark. Story by Todd Van Meter. 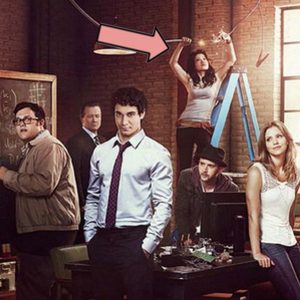 TV’s not racist. It just likes being able to crop nonwhite people out. 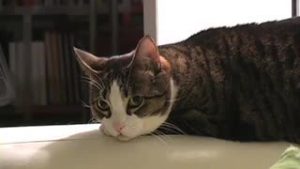 a man, and his extremely judgmental cat. 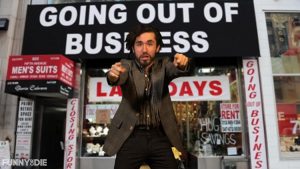 Going Out of Business is not going out of business.