The fact that humans are colossally screwing up the environment is not news. We ‘ve been decimating forests and carving up the earth and pumping noxious gasses and chemicals into the air and water for hundreds of years. We talk about the environment a lot these days, which is awesome because we ‘ve got a lot of problems to solve and fires to put out (literally and figuratively) so we need to keep talking about it. But one of the ways we impact the earth that doesn ‘t get as much attention as things like plastic pollution or gas emissions is infrastructure. We talk about it in the context of clear-cutting tropical rainforests for city expansion or building on top of land that is sacred to indigenous populations, sure, but what about structures that have existed for decades? What about building projects in the middle of already well-established cities?

Well, I ‘m sorry to say it, but they still cause some pretty major ecological issues. Specifically for animals.

Roughly one billion birds are killed across the US each year by flying into buildings. The taller and more reflective the building, the more likely it is birds are going to fly into it ‘ but that ‘s not all. Another huge factor is migration. It ‘s not just the need to migrate that ‘s ingrained in certain animals, it ‘s also the specific migratory routes they take, and you can ‘t exactly put up a detour sign for a flock of birds. They will follow that route no matter what, it ‘s in their DNA, and if a skyscraper happens to obstruct a migratory flight path, it will wipe out hundreds of birds at a time... Every year. How sad is that.

Another animal whose travel has been affected by the stuff we humans build is salmon. Salmon go from the ocean all the way back to the same stretch of river where they were born when it ‘s time for them to lay their own eggs, and considering that means swimming upstream against the current the whole time and having to literally leap up waterfalls where there are bears waiting for them, that was already a shitty journey before we came along.

But now, thanks to us, some of them have to cross actual roads in order to reach their breeding spot.

And some of them have been completely blocked from the places they lay their eggs because of hydroelectric dams. Swimming up a waterfall is one thing, trying to jump over a whole-ass dam is another.

But there is a solution!

A company out of Seattle called Whooshh Innovations has come up with a way to get these lil fishy boys and girls where they need to go.

YES, SERIOUSLY. It ‘s called the Whooshh Fish Transport System (personally I prefer Salmon Cannon but whatever) and it uses “flexible, pressurized tubes ‘ to zing them over dams, through the sky, and launch them into the water on the other side.

This is the Whooshh Fish Transport System. It moves fish through a flexible, pressurized tube, safely transporting them from one area to another. This solves a major problem for migratory fish like salmon. #worldofengineering #engineering #nature #fish
Credit to @JustWhooshh pic.twitter.com/9Xde0kSBjl 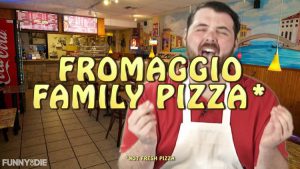 TV Spot for this local pizza place called Fromaggio’s. They seem to be struggling. 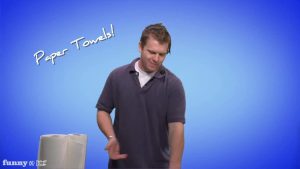 The best thing since Shamwow!!! 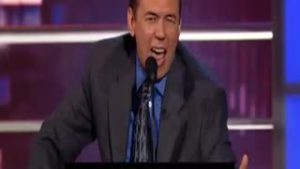 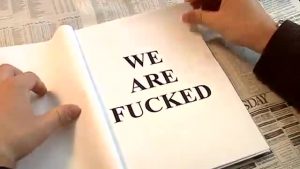 Lots of details on the situation in Iraq. 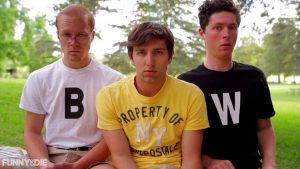 Tommy’s Wiener and Brain argue about kissing Lily on the first date. 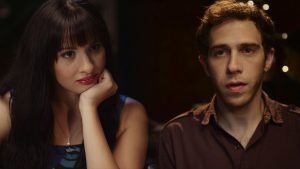 Every relationship needs a little Bullshit.