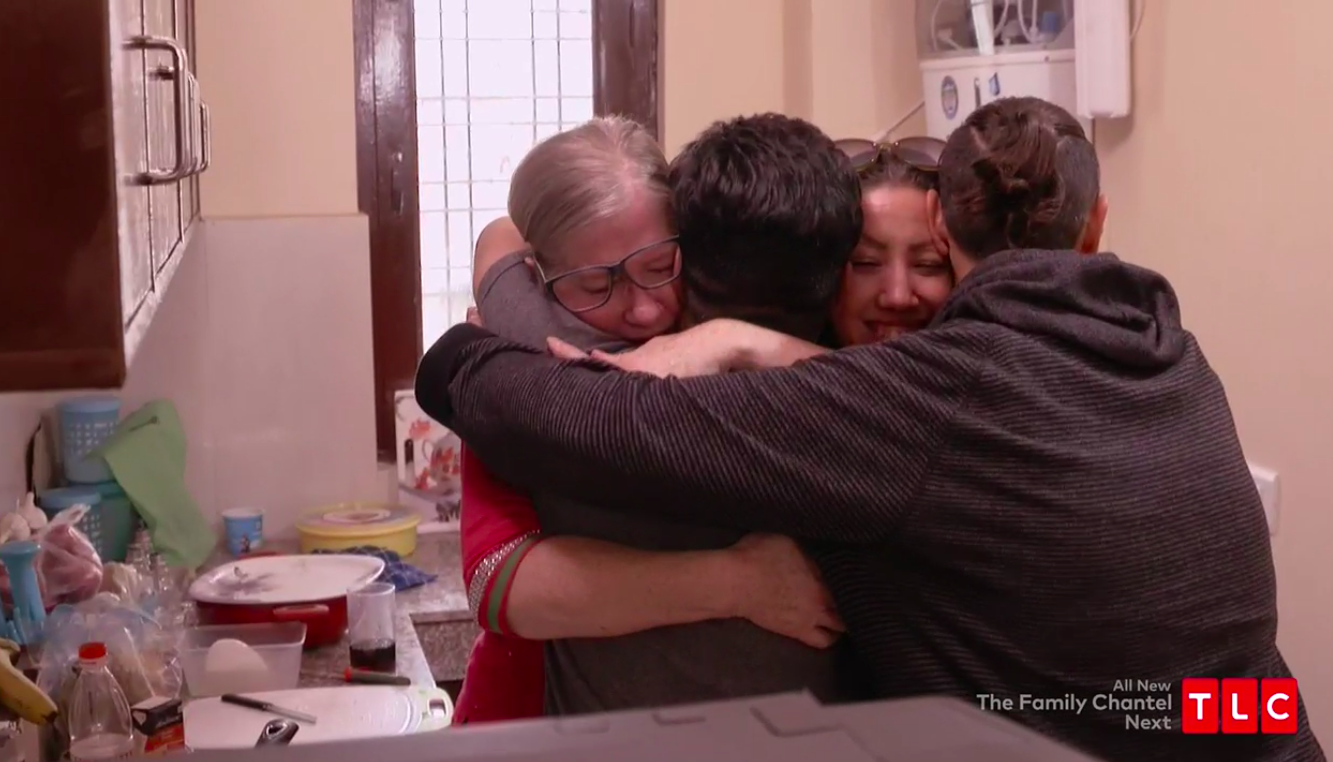 Hello everyone. I ‘m battling some karma-induced realness at the moment as I sit on the runway, delayed at the airport. ‘

Allow me to explain. I have shaded many, many cast members of 90 Day Fianc ‘ in these recaps. It ‘s the nature of the beast. You know that I love to criticize people who do not take the time to pick up and drop off their loved ones at the airport. ‘

And yet. This morning, I had a 7am flight. I did not ask my husband to drop me off because I didn ‘t want to put him through that kind of early-morning trauma. I took a Lyft and my flight has subsequently been delayed. Here I sit, motionless on the tarmac, in what I can only assume is state of cruel karma. My cross to bear.

Thankfully, we have a great episode of 90 Day Fianc ‘: The Other Way to whet our thirsty little whistles. ‘

Sumit is full of secrets

Sumit went to live with his parents for two weeks and that ‘s literally insane. I would make a joke about how miserable that would be for me, but my mom reads these recaps and I don ‘t want to hurt her heart.

But seriously, what is his end game here? He ‘s just going to continue lying forever and hiding Jenny in his little apartment by the street barber? That seems unsustainable! ‘

Just as I started to have a twinge of hatred for him, Sumit takes Jenny down to a temple for a cute little promise ring ceremony to make their engagement official. I will never tire of their boundless love!

Jenny cooks Indian food and it ‘s so cute. And even Sumit making fun of her cooking is cute, too. Because he does it with all the love in his heart and not a twinge of malice. I made Indian food once and it tasted like pureed pico de gallo with mozzarella cheese chunks, but, two years later, I ‘m still patting myself on the back for my culinary chutzpah. ‘

Agh! And then, in something completely unprecedented in 90 Day history, Jenny ‘s daughter and her wife show up! The surprise is so beautiful that I tear up. I must swear, yet again, that I ‘m ovulating, though I say it every week. We did not expect that, TLC. You got us good!

Corey Is A Cuck

Corey goes on a hike with Evelin ‘s friend Raul, who clearly thinks he ‘s a shmuck. Raul tells him that he and Evelin hooked up before she and Corey were together. Not only that, but that the whole town knows that Evelin cheated on him and they call him El Cachudo behind his back, which loosely translates to cuck, I believe.

I just can ‘t believe that Corey has made no effort to learn Spanish in the 17 years that he and Evelin have been together. Like, what language did he study in high school? Spanish makes the most sense for him. In my school, you had to take French, Spanish, or Latin. All the rich kids took French, the smarties took Latin, and the rest of us plebs learned Spanish. Also, I had the creepiest teacher who touched his butt all the time and had a perm. The ’90s were weird. ‘

Raul revealing this stuff to him seems staged by producers. We see it in nearly every segment this week. Someone has a secret! Honestly, he would have never revealed their tryst otherwise. What ‘s the point? Then we get a GEM of a life lesson from Raul, who says there ‘s an Ecuadorian saying that the person who loves the least has the most power in the relationship. I like that. Remember that, friends. Embody it. ‘

Then Corey confronts Evelin and I hate him. He manipulates us by seeming weak, but he ‘s actually just an annoying misogynist fuckboy. SHE DOES NOT WANT TO GET MARRIED. She tells you that every fucking week. Please give it up.

Speaking of cucks, I am one because I unwillingly spent $34 at the Hudson News at the airport at 6am because I was in a groggy haze. Taking advantage of the sleep-deprived should be illegal. ‘

Listen to me when I say this: love is NOT all you need! You need financial stability and emotional fulfillment as well. Yes, there ‘s an old saying that money can ‘t buy happiness. But there is a newer saying that I just invented : “Money can buy low blood pressure. ‘ If you got money, you ain ‘t stressed!

After weeks of waiting, we finally get a couple shots of Druscilla! And when we see her, she ‘s busy concocting spells on her iPhone.

Jihoon asks Druscilla to call him Dad, which I ‘m sure he will come to regret in no time flat. ‘

Ding-dong, TLC, are you listening? Family Jihoon would be a perfect spinoff!!

Then we find out that Jihoon is financially ‘ sketchy. He never sent Deavan money to help with the baby and he quit his job in South Korea before coming to visit her in Utah. Mmmm, that ‘s very dumb. ‘

Why are we even going to Korea? I don ‘t get it. Just stay in Utah with the mountains and Mormons. It ‘s so pretty there that it ‘s easy to forget that tons of fundamentalist Mormon women are basically enslaved by the Jeffs family and their polygamous husbands. I watched a show about it on A&E so I ‘m an expert. ‘

I do love Deavan ‘s empire-waisted Earth mother looks. Yas, girl. If the reality tv thing doesn ‘t work out, you can probably get a role on Midsommar II.

Jihoon is so out of his element with the baby and Druscilla that it ‘s clear he has never even touched a child before. If I were Deavan, I would be so fucking pissed. But, I get it. She has to make sure that her blood pressure doesn ‘t get too high so she can ‘t get mad at him. ‘

Then, Jihoon goes back to South Korea. Listen, I did some research (you ‘re welcome) and ticket prices from Salt Lake City to Seoul are about $1227 round trip, per person. What is their money? Why are they constantly flying ‘back and forth to see each other? It don ‘t make no damn sense ‘ And before you throw the, “They ‘re on a TV show so they must be rich, ‘ line at me, think about the math. These people get paid MAYBE a couple grand an episode and they don ‘t get paid until AFTER the episodes air. Also, ‘the foreign spouse doesn ‘t get any money because they would need a work visa to get paid in the US. So, what I ‘m saying is that math is hard. ‘

But honestly, Jihoon is immature and needs to get a job. ‘

Karine Is Maybe Gonna Get A Divorce

TLC is a sneaky little serpent that tempts us into believing that these two will break u, and they never do. Don ‘t do this to me, TLC.

I fucking hate this guy so much. The ironic thing is that couples who believe in traditional gender roles expect the man to provide for the family. And yet, in every workplace I ‘ve ever been in, it ‘s always the women who work harder. Men don ‘t do shit. ‘

Imagine growing up with Paul as a father. You ‘d have a personality disorder by the age of three.

Karine ‘s mother is so sweet and supportive. I love their relationship. ‘

Toffifay is such a weird word, let alone product name. I will never get over it. ‘

I can ‘t believe that she ‘s only been in Qatar for a week! It seems like an eternity. Laura gets sad and homesick on the way to the beach, and I totally get it. I ‘m leaving my cats for six days to go on vacation and I ‘m already overcome. Also, I just moved to LA from NYC and everything is new and weird and I ‘m homesick for NYC even though I was completely over it ‘ But, alas, this isn ‘t my LiveJournal. ‘

I have a bone to pick with her angelic son, Liam. How can you let your mom get married by herself? I would never. Take a page from Jenny ‘s kids and hop on the next flight halfway around the world to see this bitch. ‘

“I don ‘t know why she cry. ” Aladdin is a man who who doesn ‘t understand emotions and, therefore, we must keep an eye on him. I don ‘t trust people who lack empathy, and neither should you. ‘

Aladdin needs to learn how to listen to Laura without trying to solve or fix her problems. Lots of partners need to learn that, myself included. ‘

Also, why aren ‘t people in Qatar critical of Laura in the same way that Indians are critical of Jenny? It seems like a more conservative country and Laura ‘s hair is a brighter blonde, so it really makes you think. ‘

‘Okay, folks, I ‘m going to sit in my little airplane seat and wonder if I ‘ve ever been to a sea before? It seems similar to an ocean in appearance, but you would think it would be more lake-like, as it ‘s a contained body of water. As a connoisseur of beaches, I must know!

Please send me your thoughts and prayers throughout the next week while I ‘m on this family vacation. You ‘re all truly the most positive people perhaps anywhere on the internet. Except for that one 90 Day cast member who sent me a novella-sized email ‘ This is comedy, people! ‘

Pittsburgh Steeler James Harrison didn’t like the fact that his sons’ received participation trophies, which is fine because that’s his prerogative plus that means you can go get them now. 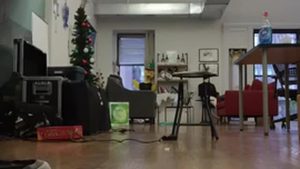 No one came into the FOD NYC offices after last night’s holiday party, so I made this video. 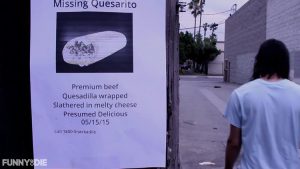 When Chase’s Quesarito goes missing there’s only one man savvy enough in the art of snack tracking to take the job.

“A big fan of what, Buster Keaton at his prime? Harold Lloyd who never *had* a prime?” 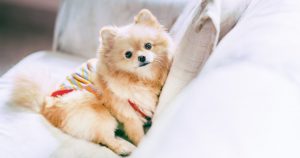 Just one tickle is all we ask.