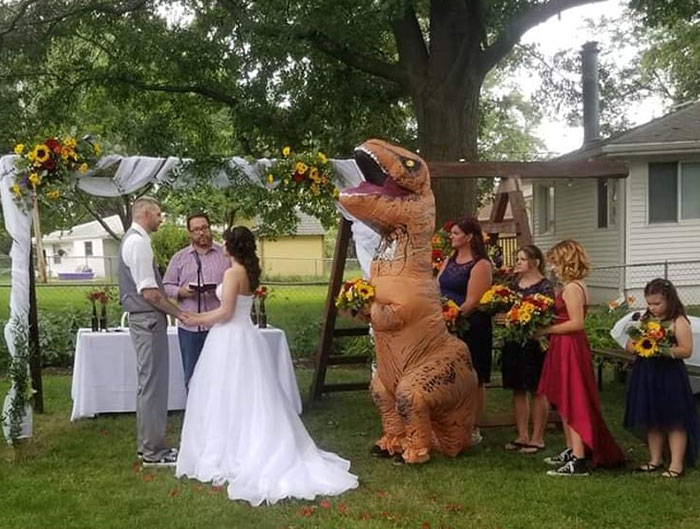 Ah, weddings. One of the most important days in the lives of any couple who decides to take that step, and as such, people take them pretty seriously. Planning a wedding and making sure everything is just the way the wedded-couple-to-be wants is no small task, and they ‘ve been known to bring out the worst in people, which is exactly why shows like Bridezillas exist.

Not everyone is extremely rigid in their wedding plans, however, and I ‘ve only been to a handful myself but from what I can tell it seems like the more ‘lax a couple is about their wedding, the more fun it ends up being for everybody.

This was proven when Deanna Adams of Nebraska made the chillest of all chill bride decisions and told her bridesmaids that they could wear whatever they want on her big day. Most of her bridal party arrived to the wedding wearing pretty standard bridesmaid dresses, one wore a pair of Converse and another wore sandals, which, honestly, good for them. Heels are bullshit.

Her sister Christina, who was also her maid of honor, however, really took advantage of this opportunity:

By wearing a T. rex costume.

If there ‘s anyone who ‘s gonna push the limits of “wear whatever you want ‘ obviously it ‘s going to be the sibling of the person getting married.

So she definitely didn ‘t blend in with the rest of the bridesmaids, but I mean she didn ‘t wear white so she didn ‘t break any rules, and honestly I think most weddings could use more dinosaurs. 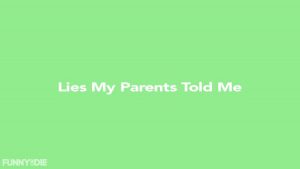 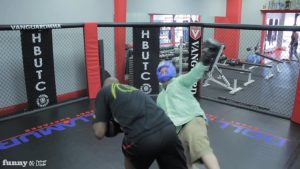 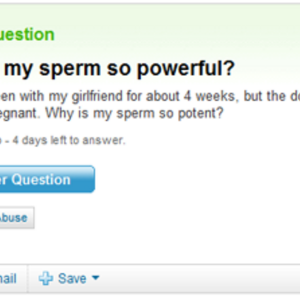 We know, we know. There’s a good chance these are fake. But let’s all suspend disbelief and enjoy the fact that the folks asking these questions exist. 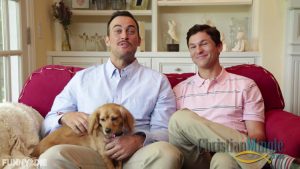 If you’re gay, God has a match for you. As long as you know how to game the system. 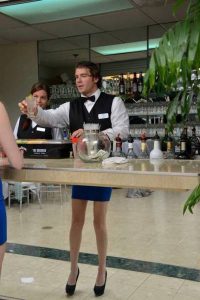 These pics were made for walking … and running, and standing, and stretching, and, uh…