Hello, I ‘m here to talk about Amigas Y Rivales, a Mexican telenovela that ‘appears to be about basic teenage problems, but is actually more disturbing than any telenovela I ‘ve ever seen. Amigas Y Rivales has it all: it has murder, it has incest, it has deportations, and on top of that: it ‘s got insane early 2000 ‘s fashions and dance moves. So sit back, relax and get ready to experience one of the most traumatizing episodes of Telenovelas are hell. ‘

There ‘s Nayeli, who ‘s poor and lives in a flooded hut with her mom, who looks like she ‘s always smelling a fart and desperately needs to get her roots dyed. ‘ ‘Nayeli dreams of moving to Hollywood and becoming a famous star, and she ‘s preparing for it by singing in her living room and playing a guitar that sounds like crap. ‘ ‘

The second of the girls is Laura: she ‘s middle-class, loves computers and has major daddy issues. When we first see her, she ‘s boiling two sad huevos for her depressed, alcoholic father. ‘

Then there ‘s Jimena: she ‘s rich, and she ‘s a bitch. Jimena lives in a mansion that ‘s decorated with life sized camels and fish statues that won ‘t stop vomiting. Ever since Jimena ‘s mother died, she ‘s been spending her time boozing, hooking up with beefy guys, sucking on cigs and partying with her best friend, the fourth of the girls – a cracked-out party animal named Ofelia. ‘

You ‘ll have to watch the video to see what catastrophic events happen to the four girls.

Watch all episodes of Amigas Y Rivales on Xfinity.

Binge all episodes of “Telenovelas Are Hell ‘ on the FOD website. 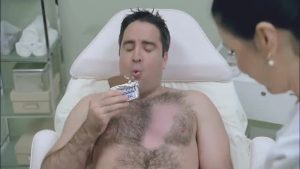 A German man going through a divorce is giving his wife half of their possessions, but she probably won’t want them after what he’s done to them. 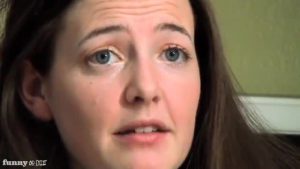 Stephanie and Allen recreate scenes from the movie Precious. 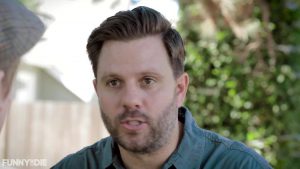 On this DTN, Jenna and Kirstrrn will help you get out of debt NOW by making pretty budget pie charts! DO THIS NOW! 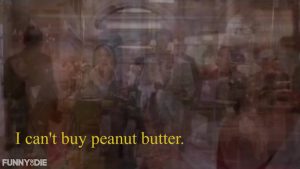